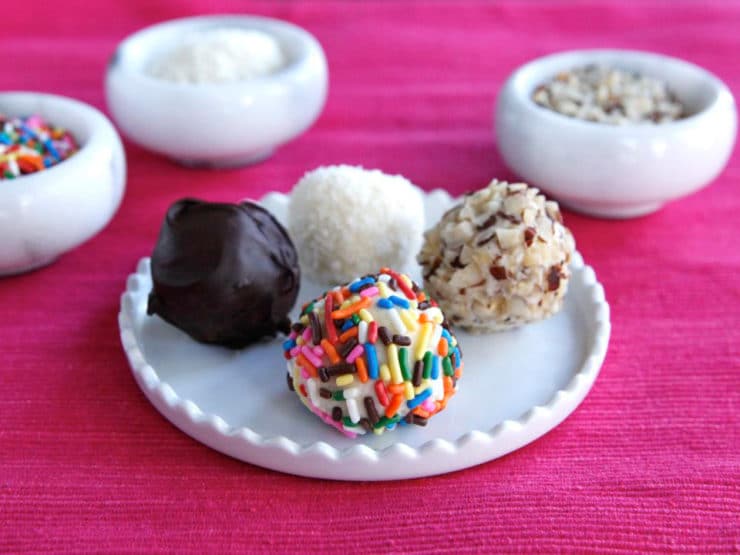 Learn to make bon bons the old fashioned way, with uncooked fondant and your choice of toppings. Easy vintage candy recipe.
400 shares
5 from 2 votes
Jump to Recipe Email Me Recipes 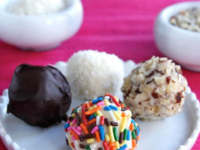 Sweets, bon-bons, sugarplums, sweetmeats. Candy is known by many names the world around and it has delighted people for millennia. The ancient Turks were said to be the first candy makers, using honey and rosewater as their favored ingredients. Later, candy making and selling was the bailiwick of European pharmacists, an occupation that they guarded fiercely. In 1581, Nuremburg pharmacists protested against sugar dealers making candy, and took their case to court. Today pharmacies carry on this tradition of selling candy.

Eventually, novices got into the game and began making sweets at home to sell. In 1920, Ellye Howell Glover, author of Dame Curtsey’s Book of Candy Making, stated that “the genteel art of candy making may well be classed among the fine arts, for it is an accomplishment of which anyone may be proud.”

Writing this post almost a hundred years later, I have to agree with Mrs. Glover. Even though most candy is inexpensive, there’s something so romantic about creating your own confections. Even the word confection sounds charming. You almost want to don a frilly dress and lace gloves before you say it. Handing around a box of homemade chocolate-enrobed bon-bons after a dinner party is truly an old fashioned delight.

The word “confection” comes from Latin word conficere, which means to compound. This is essentially what all candy is: a compound of sugar with other ingredients. There are countless varieties of confections, but one of the easiest (and in my mind most enjoyable) places to start is with bon-bons, which is the French for “goodies.” Bon-bons are easy to make and lend themselves to a myriad of flavors, recipes, and presentations. You can makes several flavors at the same time using different types of chocolate for dipping, or roll them in sprinkles, flavorings, nuts, coconut, or preserved fruit. 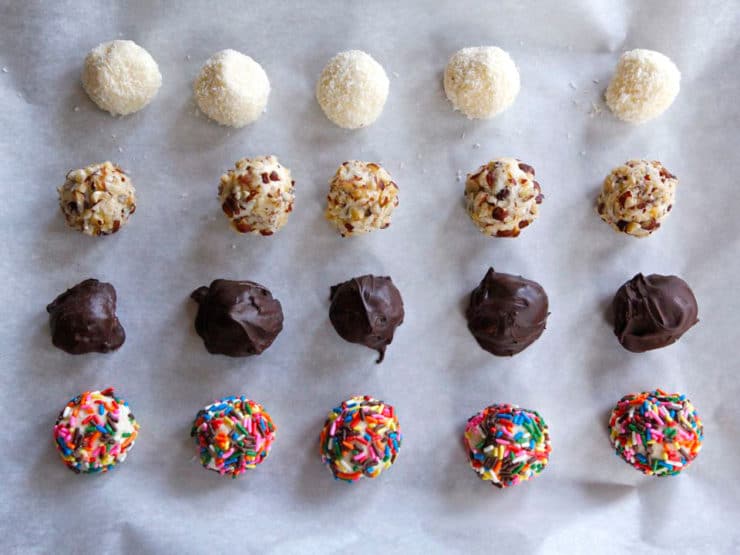 Bon-bons are traditionally coated with or made of fondant. Fondant is made of granulated sugar, cream of tartar, and water all boiled together and kneaded until smooth. Purchased fondant often includes gelatin and glycerin to keep the mixture pliable, which is very important when using as cake icing. Poured fondant has more of syrupy texture—the filling inside a chocolate covered cherry, for example—and is made with granulated sugar, water, glycerin and cream of tartar. I’m not the biggest fan of cooked fondant, so I was heartened to find another choice called “French Cream Fondant,” which is uncooked. Mrs. Glover heaps praise on this fondant in her book, saying “when time is at a premium and candy must be forthcoming, try making the uncooked French cream. It is really delicious and if eaten soon after making (within a few days), the bonbons are very satisfactory.” Here is her recipe:

Break into a bowl the white of one or more eggs, according to the quantity you wish to make, and add to it and equal quantity of cold water; then stir in powdered or confectioners’ sugar until you have it stiff enough to mold into shape with the fingers.  Flavor with vanilla to taste.  After it is formed into balls, cubes or lozenge shapes, place upon plates or waxed paper and put aside to dry. This cream is the foundation of all the French creams.

Mrs. Glover wrote her book to assist the “housewife, college girl, and very inexperienced person” to learn to make a profit at candy-making. “At a bazaar, confections that are home-made always find a ready sale, and many a woman is making her living, and a generous one, too, by manufacturing bonbons that are know to be pure.” I’m not sure I’m ready to take my bon-bons to market just yet, but as Mrs. Glover says, with a little practice, candy-making will soon be “plain sailing!”

I wasn’t overly enamored with the idea of Mrs. Glover’s recipe, so I looked for a different approach. I found one in a 1953 edition of Irma S. Rombauer’s The Joy of Cooking, which Rombauer assures the reader is “nothing short of seditious.” I’ve simplified the recipe just a bit. The result is absolutely delicious, and really quite simple. What flavor would you like best– chocolate? Sprinkles? Chopped nuts? 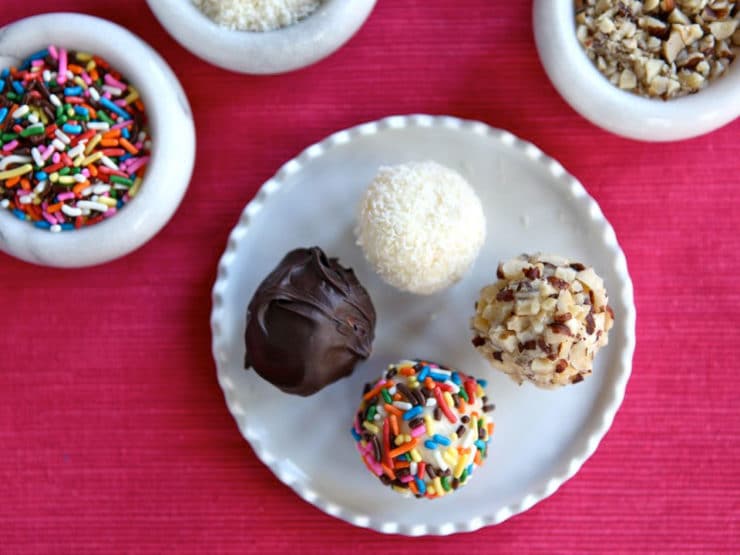 You will also need: Standing mixer, mixing bowls, small disher or rounded tablespoon, parchment or wax paper, double boiler or heat safe bowl and sauce pan (optional for dipping in chocolate) Adapted from The Joy of Cooking by Irma S. Rombauer You can eat these cold or let them warm to room temperature (I like them better cold). Because these bon-bons are made of butter, they will soften in the heat, so make sure you store them in the refrigerator. You can freeze them to make them even firmer, if you wish. Consume or freeze within 3 days.

If want to dip your creations in chocolate:

Nutritional information should be considered an estimate only; please consult a registered dietician, nutritionist, or your physician for specific health-related questions. Read more here. Please note that the recipe above is published using a recipe card plugin, with preexisting software which can auto-calculate metric measurements, as well as change the number of servings. Metric conversions and changes to the number of servings (resulting in different ingredient amounts) will only appear in the ingredient list, and are not changed within the step-by-step directions of the recipe.
Tomato Soup with Grilled Cheese Croutons PREVIOUS