The dietary laws found in the Torah have influenced the way Jews eat since Biblical times. These laws, known as kashrut, are the Biblical mandates required for making food kosher, or ritually pure for Jewish consumption. The degree to which a Jewish person follows the laws of kashrut will often depend on their level of religious observance. Many Jews have abandoned kosher eating completely; some eat kosher selectively, choosing to follow only certain food laws at certain times (for instance, keeping kosher on holidays). Recently, more Jews are rediscovering kosher eating as a way of connecting with their Jewish roots. But just how important is kosher to our modern food culture—or, more specifically, to America’s food industry? 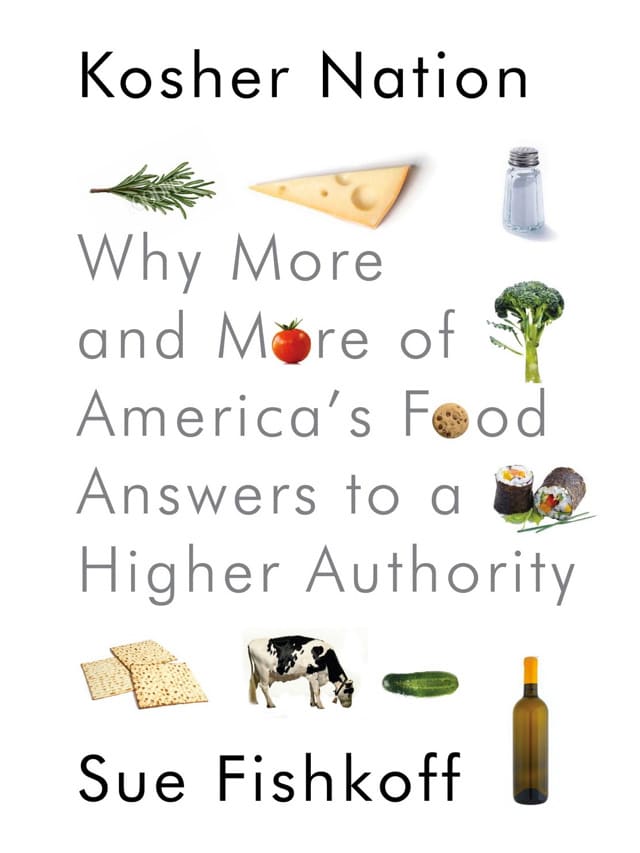 The answer to this question arrived in my mailbox about a week ago. Schocken Books sent me an advance copy of a new book called Kosher Nation by author Sue Fishkoff. I had a chance to read it on my recent trip to New York, and I have to say I was very impressed. Fishkoff has carefully explored several aspects of kosher food, giving us a modern and informed look at this ancient food tradition.

Much of Fishkoff’s book focuses on the growing trend of obtaining kosher certification for America’s food products. Despite the often high cost associated with kashering factories and food production lines, going kosher makes good business sense. When you look at the figures, you understand why. According to Fishkoff:

Pretty astounding figures. Fishkoff explains that this non-Jewish consumer group includes vegetarians and vegans, Muslims, Seventh-Day Adventists, people with food allergies or gluten intolerance, and consumers who buy kosher food simply because they believe it “answers to a higher authority” (as established by the Hebrew National ad campaign of the early 1970’s). Makes me wonder how many of you non-Jewish blog readers out there are actively looking for that kosher hechsher on your grocery store purchases.

Fishkoff delves into kosher with extraordinary depth, interviewing rabbis, mashgachim, kosher food manufacturers, ritual slaughterers, and Jewish deli owners. She even gives a nod to the 2nd Avenue Deli, one of my favorite kosher food joints. Fishkoff’s engaging prose left me with an even deeper understanding of what goes into making our everyday food products kosher. Overall, I found the book to be a fascinating read.

Kosher Nation goes on sale on October 12. It’s a must-read for anybody with an interest in kosher foods.

FYI, Kosher Nation was published by Schocken Books. They have some really interesting Jewish titles (Elie Wiesel is one of their authors). Join their Facebook page at http://www.facebook.com/SchockenBooks