Sometimes I have to pinch myself to make sure I’m not dreaming. Life is, above all else, a wonderful series of surprises. I end up in the strangest, most amazing places, and I always ask myself how the heck I got there. Beshert? Fate? Is there some master plan? Or am I simply wandering, drifting where the winds take me? One thing is certain, I am truly enjoying the journey. Last week, I traveled to Phoenix, New York, and New Jersey. Here are a few of the random, funny places I found myself on this trip… 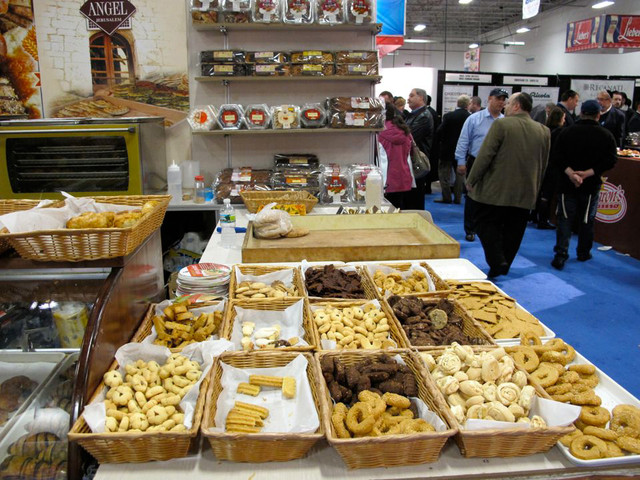 At Kosherfest 2012. It’s hard to describe this annual event– you kind of have to see it to believe it. Each year, a conference hall is filled with all of the new kosher products being introduced this year. Orthodox Jews crowd the aisles. Kosher food samples are passed out freely from each booth. I should have gone there more hungry, I could have made a meal from the samples alone. 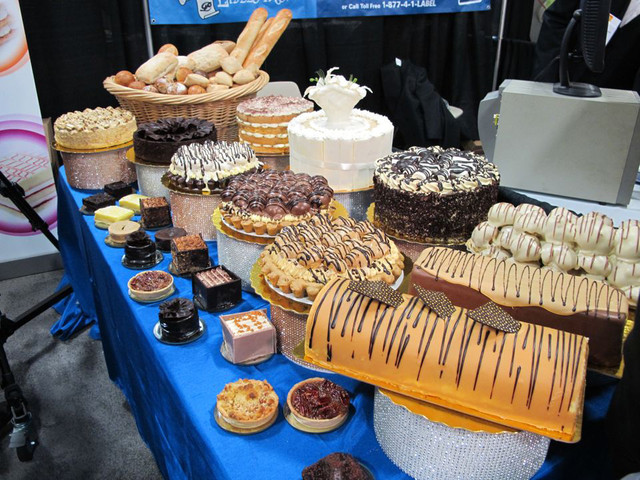 This was my first year at Kosherfest, and I had a lot of fun. I met several people who had before been “internet friends”– people like Brigitte from Natural & Kosher Cheese. Brigitte helped me out on a fondue post I wrote last year. It was so great to meet her in person! She has a new cheese/snack line coming out next year, it sounds like it will be awesome. 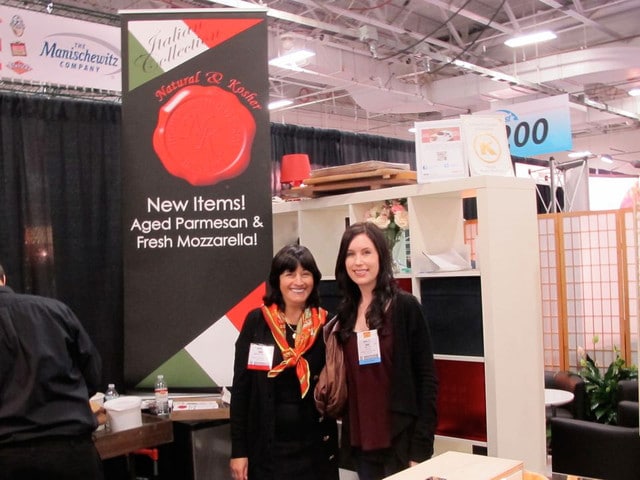 I also met Alan Broner from Jack’s Gourmet deli meats and sausages. During the summer, Alan emailed me and asked if he could send me some Jack’s Gourmet sausages to try. I enjoyed tasting the different varieties. But nothing could have prepared me for their newest product, which I got to sample at Kosherfest. It’s called Facon. As in, fake bacon. Only there’s nothing fake about it… it’s made from all kosher beef. I actually like this Facon better than the real thing! It’s lean, smokey, salty, and awesome. I’m super impressed with Jack’s Gourmet, creating a kosher bacon alternative is not an easy task. Apparently Kosherfest thought so too… their Facon won “Best in Show” for New Products. They’ve done a commendable job. Congrats, Jack’s! 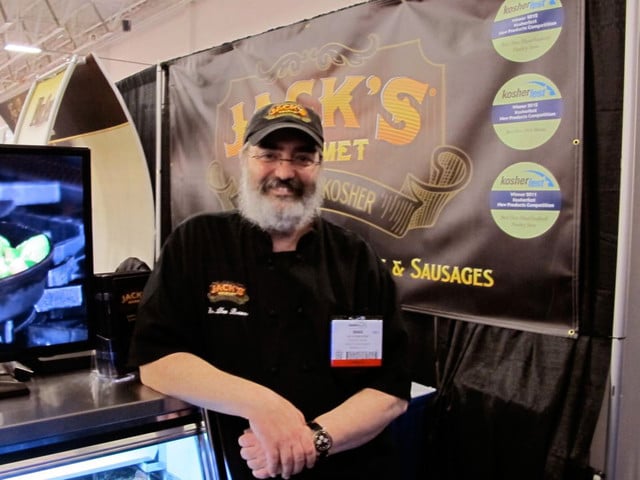 While at the show, I also met with my U.S./Israeli product distributors and found some awesome new organic imports from Israel. 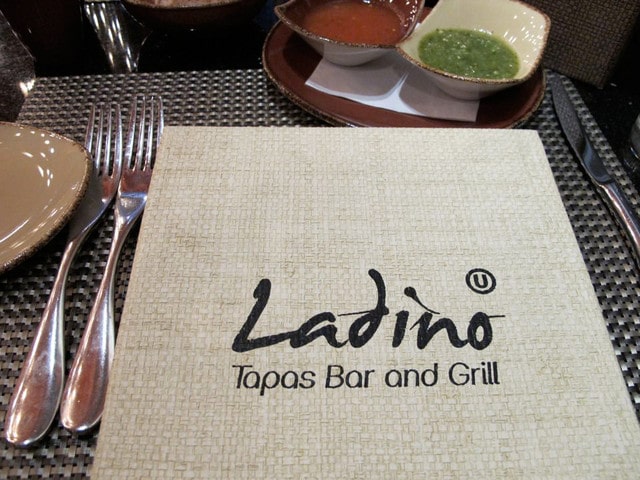 At Ladino restaurant for lunch with my friend Gil Marks. I “met” Gil online several months ago, and I was so excited to finally meet him in person. Gil is quite literally a walking encyclopedia of food knowledge. If you don’t own any of Gil’s books, you must go out and purchase one. He has made culinary history his life’s work, studying the origins and evolution of the foods we eat. Gil is a James Beard Award-winning author of several cookbooks, including Olive Trees and Honey – A Treasury of Vegetarian Recipes from Jewish Communities Around the World and The Encyclopedia of Jewish Food. His research has made a significant impact on the food history landscape.

When we talked about getting lunch, Gil suggested a new kosher place in Manhattan called Ladino, serving Sephardic tapas. He’d never been there before, and I was excited to try something new. 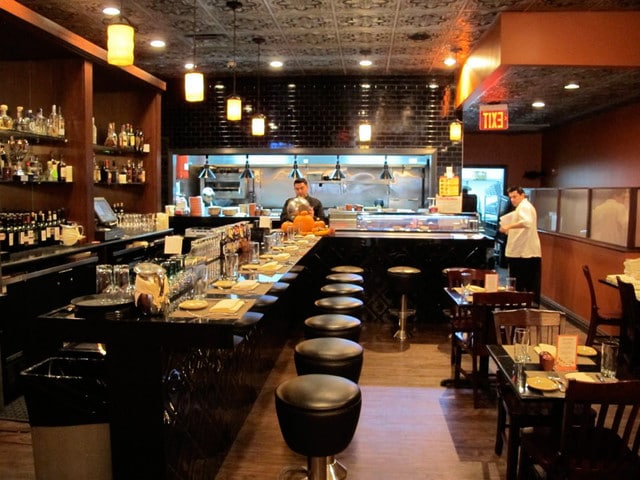 The food was pretty good, but it couldn’t compare to the company. Gil and I had so much fun chatting about our shared love of food. There are only so many kindred spirits in the world of culinary history. We had plenty to talk about! Gil also brought me copies of his Kosher Gourmet Magazine, which he edited in the 80’s at the beginning of the kosher movement. I’m having a blast going through each issue, I’m sure they will provide a lot of culinary inspiration! 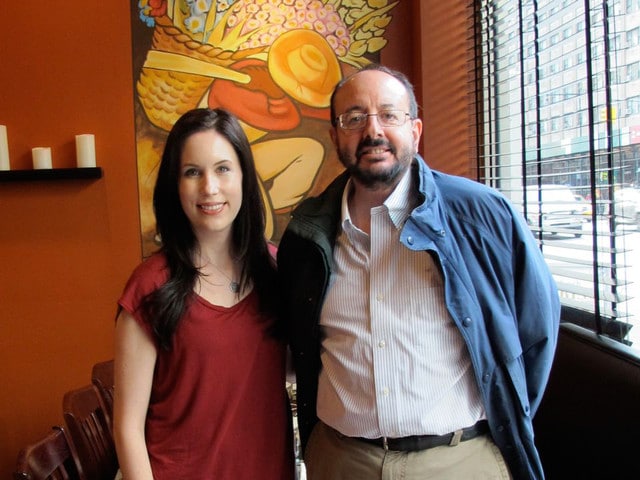 All in all, it was a fantastic trip. That said, it ended on a sad and sombre note. Towards the end of the week, tensions rose in Israel and Gaza as the ongoing conflict became more dangerous. Our prayers continue for a peaceful resolution.

Now I’m back in LA, anxiously awaiting the arrival of my mom. She’s coming today to help me start prepping for Thanksgiving, my favorite holiday of all. I can’t wait to see her, and the whole family! New recipe posting tomorrow.