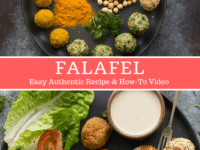 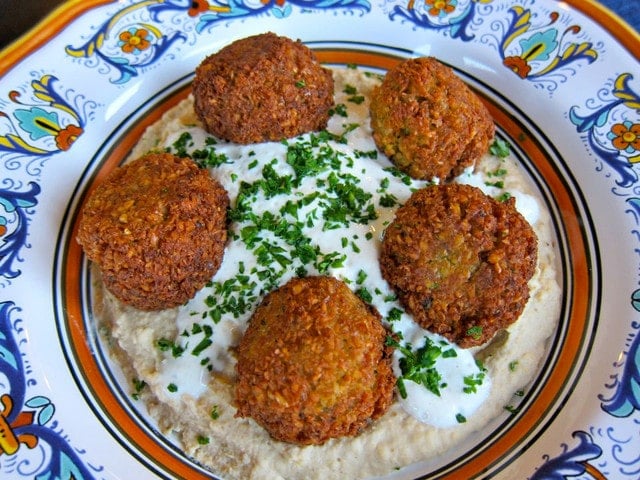 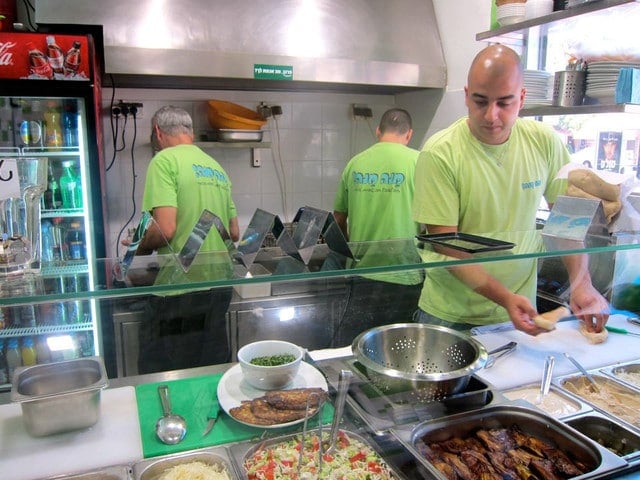 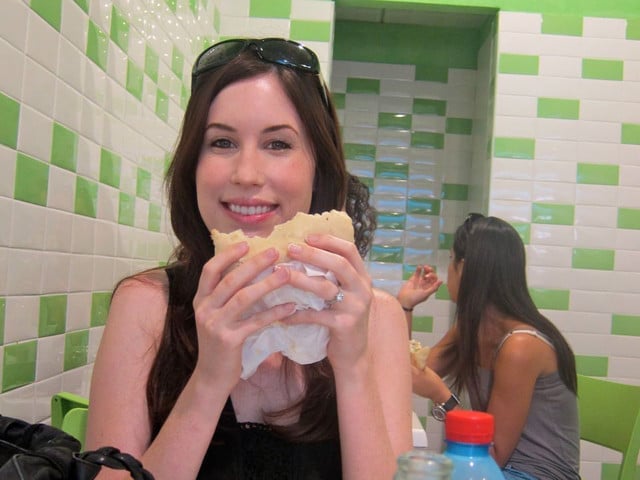 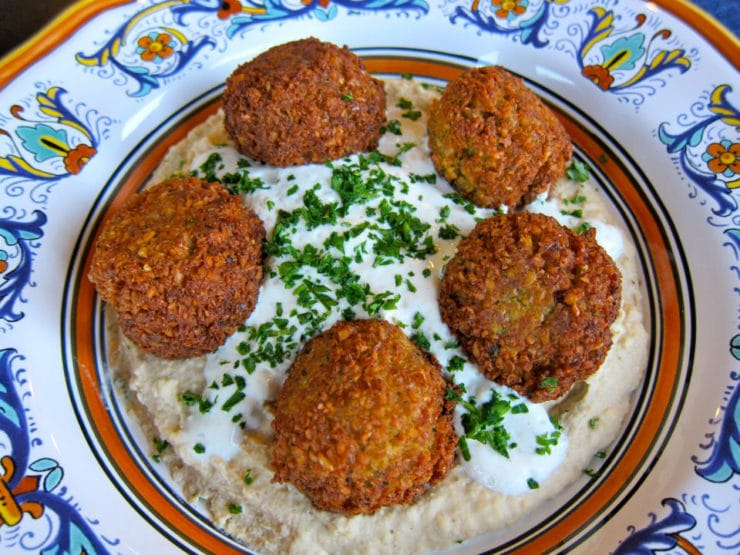 You will also need: food processor, skillet Prep time relates to actual time spent preparing ingredients. You'll also need 12 hours o resting time to soak the chickpeas. Makes 30-34 falafel balls. Serving size is roughly 5 falafels each. Nutrition is calculated with the assumption that each falafel ball absorbs 1/2 tsp of oil. This is my best estimate; when they are fried at the proper temperature, the falafel absorb very little of the cooking oil. The nutritional information provided here is calculated using an app. If you have specific dietary concerns, please consult your doctor or nutritionist. A note on freezing: I have had several readers ask about freezing this recipe. I have never tried it myself, but here are some tips left from the comments -- some readers have had good luck with freezing the mix, then thawing it the night before in the refrigerator before frying. Sometimes a little more flour or chickpea flour is needed to hold the mixture together after freezing,. Some readers have had luck with forming the balls, freezing those, then frying them straight from the freezer. Some have successfully frozen the finished cooked falafel, defrosting as needed.  To bake falafel: Brush a baking sheet with olive oil. Heat oven to 400 degrees F. Form the falafel into flat patty-style shapes and place them on the baking sheet. Brush the top of each patty with extra virgin olive oil. Bake for 20-25 minutes, turning once halfway through baking, until golden brown. Personally, I don’t recommend baking these, as I find it can make them dry - but some people have great luck with it. If you read through the comments you’ll find various responses from readers who have tried baking. I also don't own an air fryer, so I can't advise on that. Read through comments for others' experiences with this device.  The following falafel-like recipe can be baked without losing too much in terms of flavor/texture: Spicy Panko Chickpea Patties.

Nutrition Facts
Falafel
Amount Per Serving
Calories 409 Calories from Fat 153
% Daily Value*
Fat 17g26%
Saturated Fat 1g6%
Sodium 700mg30%
Potassium 720mg21%
Carbohydrates 50g17%
Fiber 13g54%
Sugar 8g9%
Protein 15g30%
Vitamin A 300IU6%
Vitamin C 8.7mg11%
Calcium 96mg10%
Iron 5.5mg31%
* Percent Daily Values are based on a 2000 calorie diet.
Tried this recipe?Let Us Know How It Was In The Comments.
4.9 from 625 votes
Nutritional information should be considered an estimate only; please consult a registered dietician, nutritionist, or your physician for specific health-related questions. Read more here. Please note that the recipe above is published using a recipe card plugin, with preexisting software which can auto-calculate metric measurements, as well as change the number of servings. Metric conversions and changes to the number of servings (resulting in different ingredient amounts) will only appear in the ingredient list, and are not changed within the step-by-step directions of the recipe.