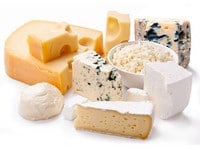 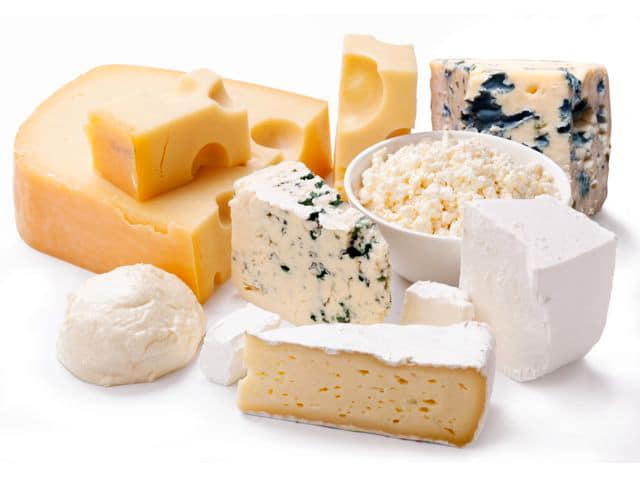 When a photographer wants us to smile for a photograph, we are often asked to “say cheese.” It works! Cheese makes us smile because it’s seriously yummy stuff. My husband adores cheese– cheddar, blue, Gruyère, Swiss– he can’t get enough of it. I love it too, but I’ve always enjoyed it in moderation due to the fact that it’s high in fat and calories. For years my husband has tried to convince me that cheese is  healthy. I know it has lots of protein and calcium, but due to the calories and fat I’ve always considered it a less than optimal snack choice. Despite the popular notion that cheese is bad for you, Americans can’t get enough of it, consuming an average of 31 pounds per person, per year. That’s a lot of cheese! Turns out, according to recent reports, my husband may have been right all along. When it comes to a healthy lifestyle, cheese appears to be the new “it” food, and we couldn’t be more pleased.

A recent study by Cambridge-based biomedical company Lycotec attempts to explain why the French, who eat cheese regularly, are generally healthier than other European nations. French women have the longest life expectancy in all of Europe. Turns out that the popular green-veined Roquefort cheese, high in both salt and fat, may be key to French longevity. The secret lies in the ripening. Aged blue “molded” cheeses, like Roquefort, have strong anti-inflammatory properties that are activated in acidic areas of the body, including the skin’s surface and stomach lining. These same properties also help ease inflammation of the joints and protect against cardiovascular disease. Who would have thought? Not surprisingly, researchers are already considering how to turn Roquefort’s anti-inflammatory properties into the next big anti-aging product. I can see it now… blue cheese facials, smoothies and wrinkle treatments. Oy vey!

Another study in the journal Pediatrics found that children who snacked on a combination of cheese and vegetables felt satiated more quickly, consuming about 70 percent fewer calories than kids who snacked on potato chips. The protein in cheese combined with the fiber in raw vegetables helped study participants feel more “full” than snacking on chips, cheese or veggies alone. Cheese and veggies together proved to be the best snack combination for hungry tots. It stands to reason that the combo would work the same way for adults, barring any dietary restrictions that limit cheese consumption. I don’t know about you, but a little cheese would certainly make me more excited to snack on raw veggies.

You know what? It’s okay. I’m willing to admit when I’m wrong. Dear husband, I give in. You can have your cheese and eat it too, though I still stand by my original food philosophy… everything in moderation, including moderation.

What do you think about all of this good press for cheese? Are you celebrating, or skeptical? Maybe you’re lactose intolerant, so it doesn’t matter either way? Or are you saying cheese and grinning from ear to ear?

Nutritional information should be considered an estimate only; please consult a registered dietician, nutritionist, or your physician for specific health-related questions. Read more here. Please note that the recipe above is published using a recipe card plugin, with preexisting software which can auto-calculate metric measurements, as well as change the number of servings. Metric conversions and changes to the number of servings (resulting in different ingredient amounts) will only appear in the ingredient list, and are not changed within the step-by-step directions of the recipe.
110 shares
Broccoli Pesto Pasta PREVIOUS

Drinking with Charles Dickens – The Smoking Bishop NEXT