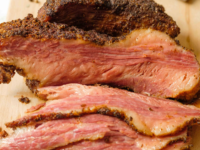 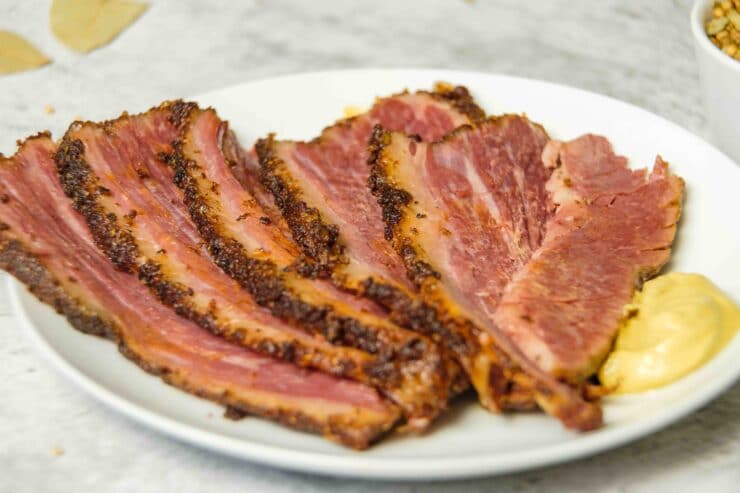 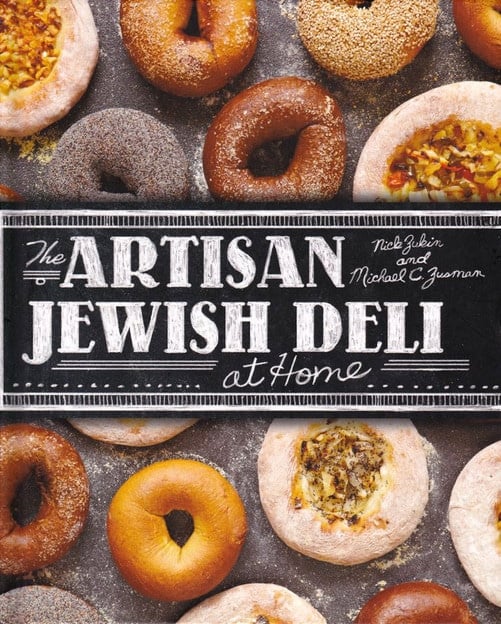 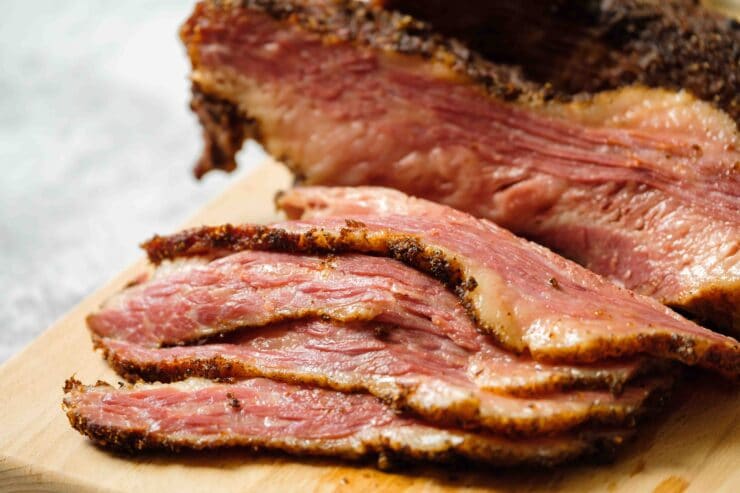 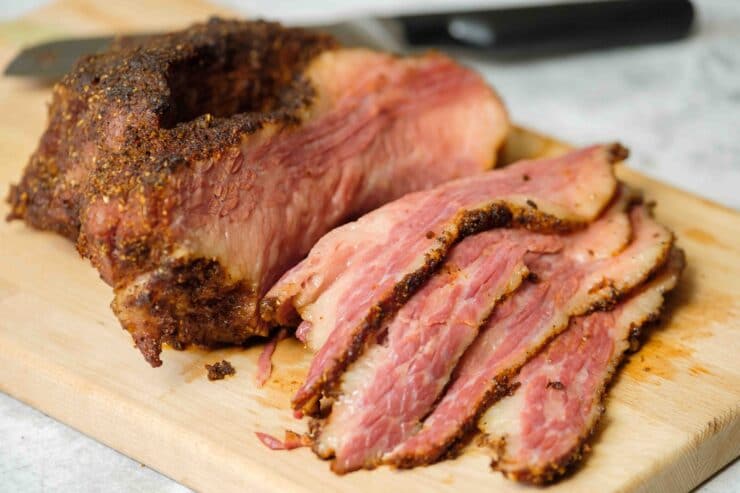 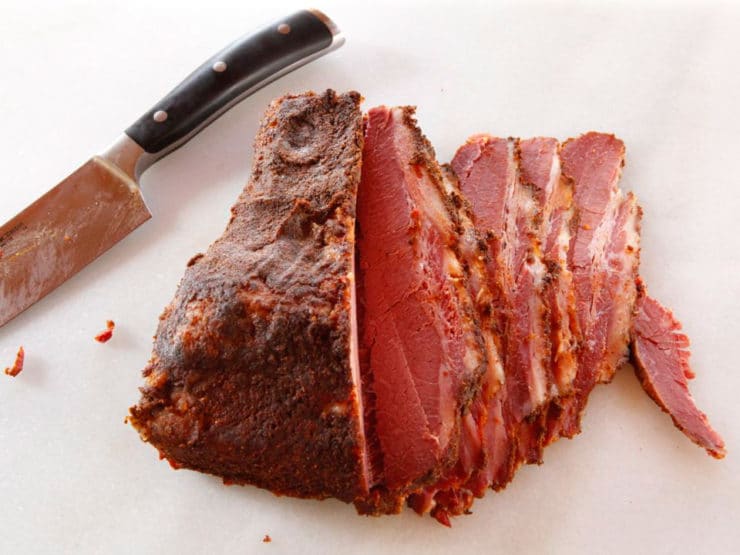 You will also need: large stockpot, 2 gallon container with lid or two 1 gallon containers, 12 by 15 inch roasting pan with rack Note on pink curing salt: this recipe calls for 1/4 cup pink curing salt, also known as Prague Mix #1, Instacure #1 or Curing Salt #1. Please note, I am not a curing expert - this recipe comes from deli owners Nick Zukin and Michael C. Zusman, who make pastrami day in and day out. They have informed me that because this is cured in a liquid brine, the salt amount is measured according to liquid volume. The curing salt is diluted by the water of the brine. If you have questions or concerns about the amount, I suggest you consult a curing expert. Here is a bit more info on the amount of curing salt recommended here from Nick Zukin, one of the recipe's authors... "Every brine and piece of meat is going to be a bit different... based on the many times I've made the recipe and the brisket was not entirely cured and needed to brine an extra day suggests that the absorption rate is slower for our brine... I did a quick calculation. There are about 3 grams of sodium nitrite in the brine. (One-quarter cup of pink salt probably weighs about 50 grams and the nitrites are only 6% of the pink salt, so 3 grams.)... there's a lot of salt in my brine, 8 times as much as there is pink salt (prague powder #1). That means you're got about 285 grams of NaCL in the brine and only about 3 grams of NaNO2. Typically, something tastes perfectly seasoned at about 1.5% to 2% salt.That's what is used for sausages, typically. For 2 kg of meat, that would mean that to reach optimum saltiness of 2%, about 14% of the salts would have to be absorbed and the meat would have about 2% NaCL. If it did that, it would be about 200 ppm NaO2, which is the FDA recommended limit." Regarding Nutritional Information: The recipe system on my site uses ingredients and number of servings to calculate the nutritional totals. Because the brine here contains a lot of salt, it's interpreting that as sodium in the recipe... but most of the brine is washed away before cooking, meaning most of the salt is washed away as well. I am not a nutritionist, and unfortunately do not know how much sodium is actually absorbed by this particular recipe. Adapted from The Artisan Jewish Deli at Home

Nutrition Facts
Homemade Pastrami
Amount Per Serving
Calories 243 Calories from Fat 54
% Daily Value*
Fat 6g9%
Saturated Fat 2g13%
Cholesterol 52mg17%
Sodium 7161mg311%
Potassium 505mg14%
Carbohydrates 27g9%
Fiber 1g4%
Sugar 23g26%
Protein 18g36%
Vitamin A 655IU13%
Vitamin C 21.5mg26%
Calcium 81mg8%
Iron 3.7mg21%
* Percent Daily Values are based on a 2000 calorie diet.
Tried this recipe?Let Us Know How It Was In The Comments.
4.9 from 102 votes
Nutritional information should be considered an estimate only; please consult a registered dietician, nutritionist, or your physician for specific health-related questions. Read more here. Please note that the recipe above is published using a recipe card plugin, with preexisting software which can auto-calculate metric measurements, as well as change the number of servings. Metric conversions and changes to the number of servings (resulting in different ingredient amounts) will only appear in the ingredient list, and are not changed within the step-by-step directions of the recipe.
10145 shares