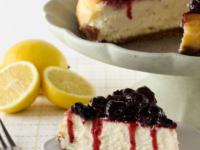 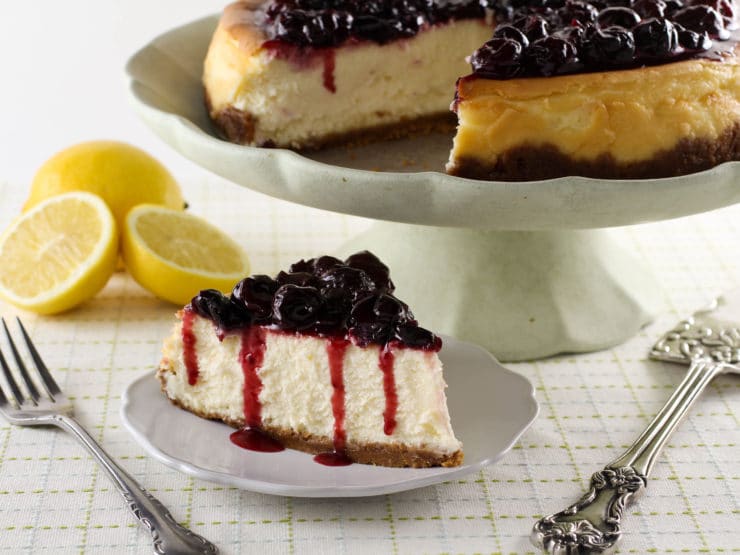 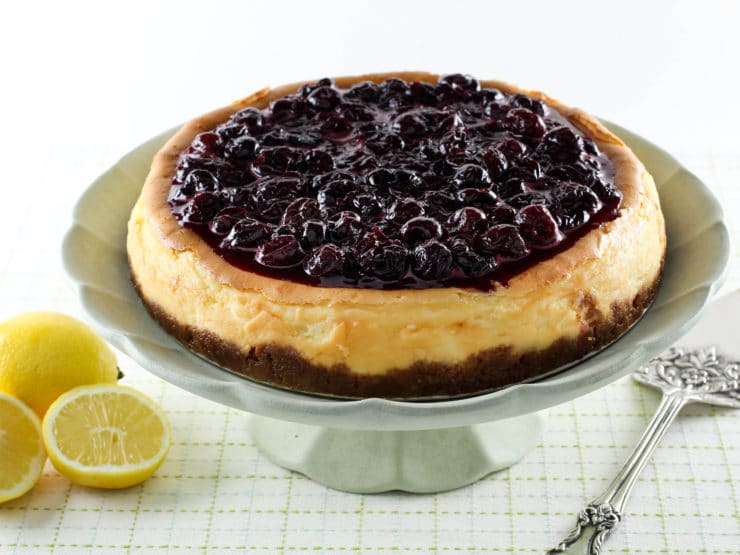 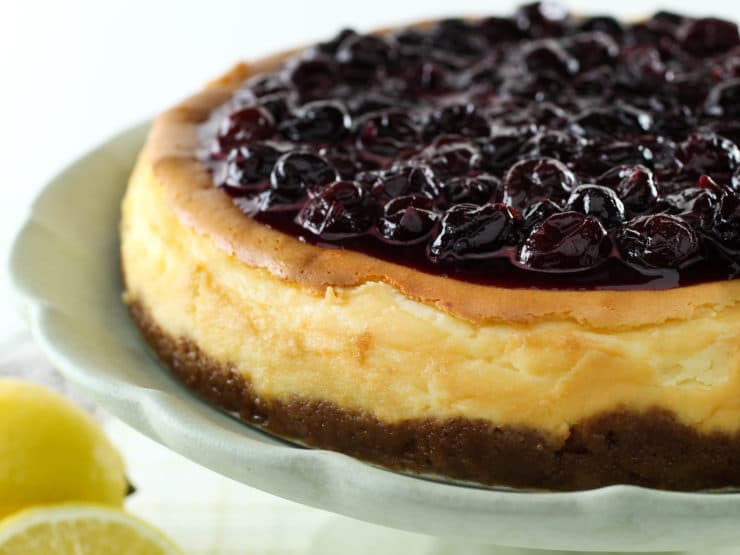 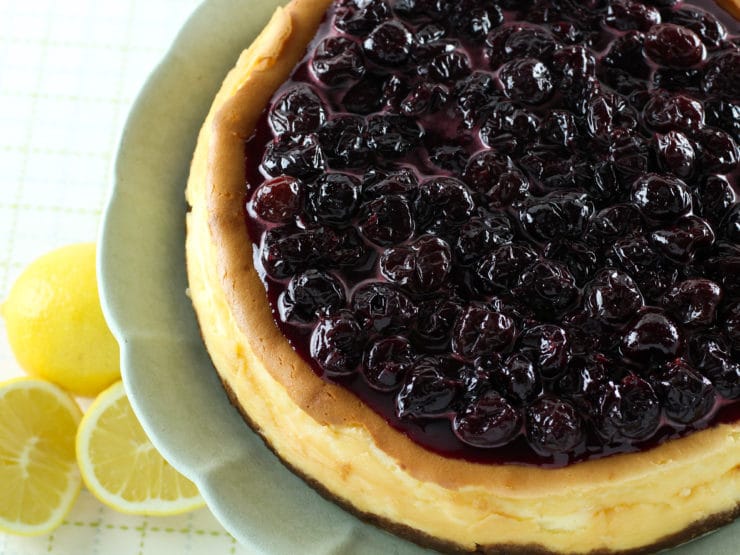 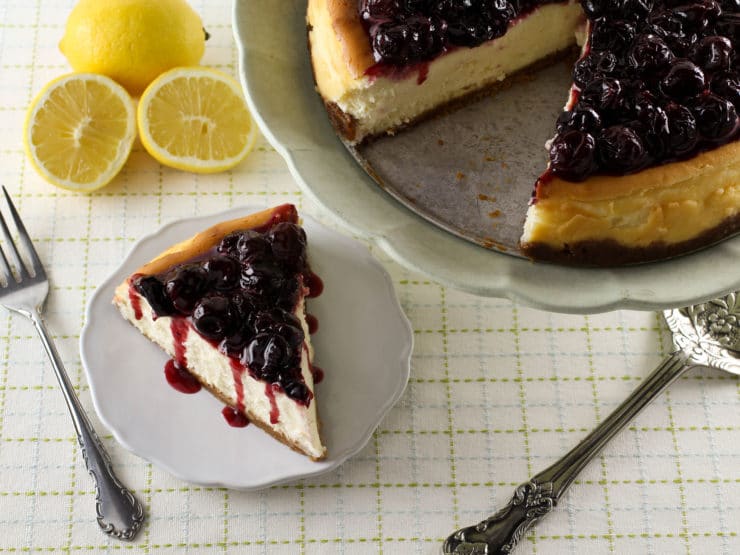 In 1949, Charles W. Lubin left a small baking business and founded his own company in Chicago, named after his then eight-year-old daughter, Sara Lee. His first product was a New York-style cheesecake, sold fresh to local supermarkets. Five years later, after discovering a way to quick-freeze his product, the company went nationwide as did the presence of cream cheese cheesecake. New York cheesecake emerged as one of America’s favorite treats, found on the menu of many eateries and in grocery store freezers and on bakery shelves. Some couples even opt for it as their wedding cake. Cheesecake appeared more than 100 times during the seven-year run of the popular tv sitcom Golden Girls. July 30 became National Cheesecake Day and April 23 National Cherry Cheesecake Day. 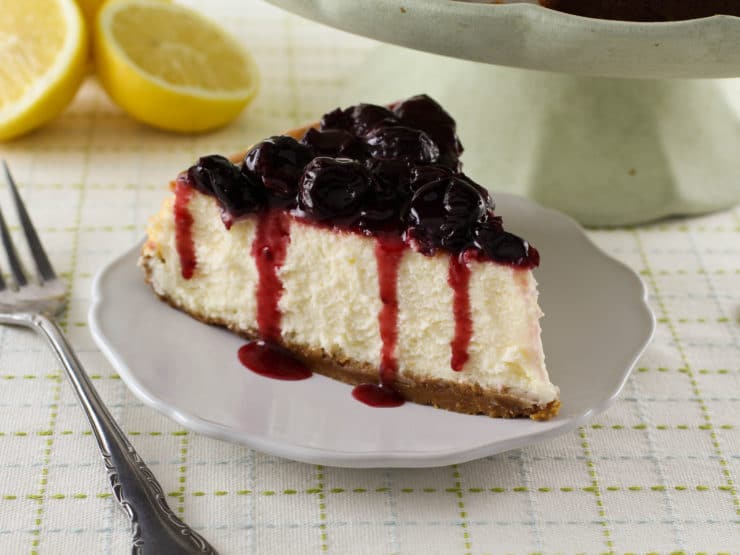 Nutrition Facts
New York Cheesecake
Amount Per Serving
Calories 494 Calories from Fat 315
% Daily Value*
Fat 35g54%
Saturated Fat 19g119%
Cholesterol 159mg53%
Sodium 355mg15%
Potassium 173mg5%
Carbohydrates 38g13%
Sugar 32g36%
Protein 7g14%
Vitamin A 1270IU25%
Vitamin C 1.3mg2%
Calcium 118mg12%
Iron 1mg6%
* Percent Daily Values are based on a 2000 calorie diet.
Tried this recipe?Let Us Know How It Was In The Comments.
4.3 from 3 votes
Nutritional information should be considered an estimate only; please consult a registered dietician, nutritionist, or your physician for specific health-related questions. Read more here. Please note that the recipe above is published using a recipe card plugin, with preexisting software which can auto-calculate metric measurements, as well as change the number of servings. Metric conversions and changes to the number of servings (resulting in different ingredient amounts) will only appear in the ingredient list, and are not changed within the step-by-step directions of the recipe.