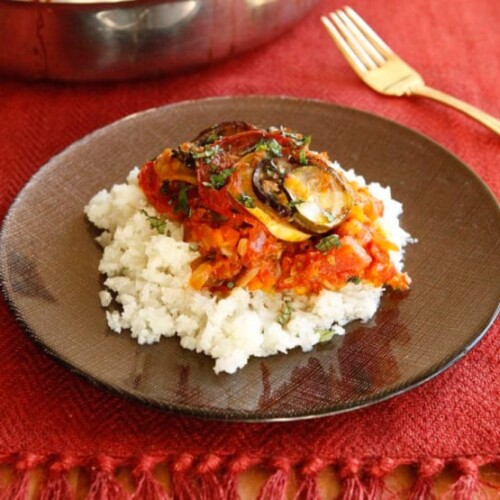 You will also need: tongs, large mixing bowl, plastic wrap, sharp knife (serrated preferable) or mandoline, food processor, 11-12 inch round sauteuse pan or heavy bottom skillet, parchment or lid If you aren't worried about keeping this dish dairy free/vegan, feel free to sprinkle on some grated parmesan for an even more delicious treat. And if you aren't worried about keeping it gluten free or kosher for Passover, serve it with challah or freshly baked brioche-- you can use the bread to soak up all the yummy juices from the pan!