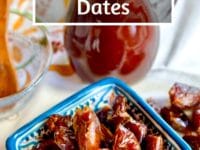 Phoenix dactylifera, also known as dates or palm dates, have a chewy texture and candy-like sweetness. Throughout history they have been recognized as an energizing staple food and are sometimes referred to as the “bread of the dessert” or “cake of the poor.” 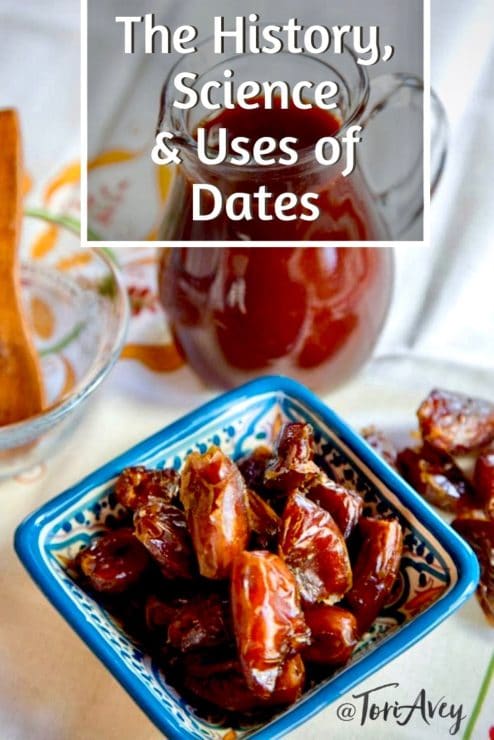 The origins of dates can be traced back to the Middle East and culinary experts estimate there are more than 3,000 varieties. In the US we are most familiar with deglet noor and medjool varieties.

The History of Dates

Considered the oldest cultivated fruit in the world, fossil evidence indicates that dates go back at least 50 million years ago.

The scientific name, phoenix dactylifera, comes from ancient Greece. The coastal region between the Jordan Valley and Mediterranean Sea is known as Phoenicia, Greek for purple land, a nod to the purple dye made from poisonous sea snails that made the area famous. Because the date palm grew abundantly in Phoenicia, it was believed to be the trees homeland. It became known as Phoenix, or tree of Phoenicia, and was a symbol of the region and was featured on Phoenician coins. Dactylifera translates to “finger bearing”, a reference to the oblong shaped dates and the clusters they grow in.

Greek mythology connects the date palm to the immortal Phoenix. In Natural History(1 AD), Pliny the Elder describes the phoenix bird, who would build its next at the top of a date palm. After 500 years, the bird would catch fire from the flames of the sun and would be reborn from its own ashes. Some legends say that the date palm would die and come back to life along with the famous bird. 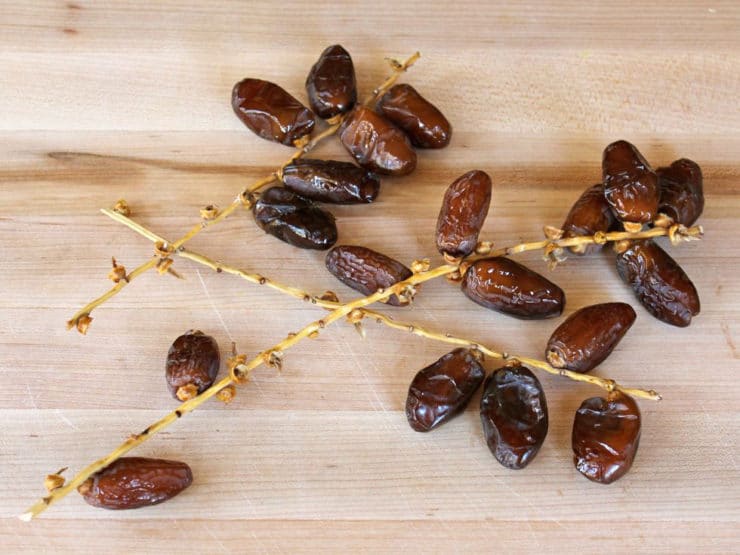 The Science of Dates

Date palms reach a height of approximately 69 – 75 feet. The fruit isa short cylindrical shape about 1-3 inches in lenth and about an inch in diameter. The color ranges from bright red to bright yellow, to deep purple.

Dates, despite being very sweet, have a high nutritional value. They are rich in carbohydrates, dietary fibers, proteins, minerals and vitamin B complex. They are made up of about 70% carbohydrates (equal ratios of glucose and fructose) and contain calcium, iron, magnesium, and potassium.

Recently there has been increased interest in the health promoting properties of dates. Pharmacological studies have shown that dates are highly nourishing and may have numerous potential health benefits. They are believed to contain phytochemicals that may help to low cholesterol and decrease risk of diabetes, cancer, and cardiovascular diseases. 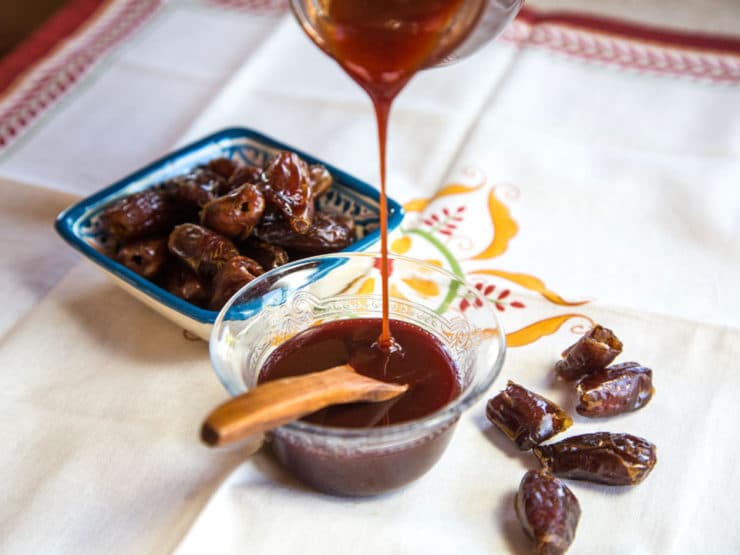 The Geography of Dates

The date palm tree is native to deserts of North Africa and the Middle East. During the late 1800s, settlers from Southwestern America saw similar conditions suitable for growing dates. High heat, access to water, and an arid climate in late summer and autumn is exactly what date palms require to thrive.

The first attempt at growing date palms from seed failed, but cultivation was a success when nurseries and members of the USDA brought back offshoots from trees in the Middle East. The first two decades of the 1900s showed great promise for commercial cultivation.

Now most dates in America are grown in the Coachella Valley and the Bard Valley. Combined, these two areas have over 7500 acres of land for growing date palms. An annual date festival has been held in Indio, California since 1921.

An estimated 8.5 million metric tons of dates are produced annually, with countries in the Middle East and North Africa still being the largest producers. 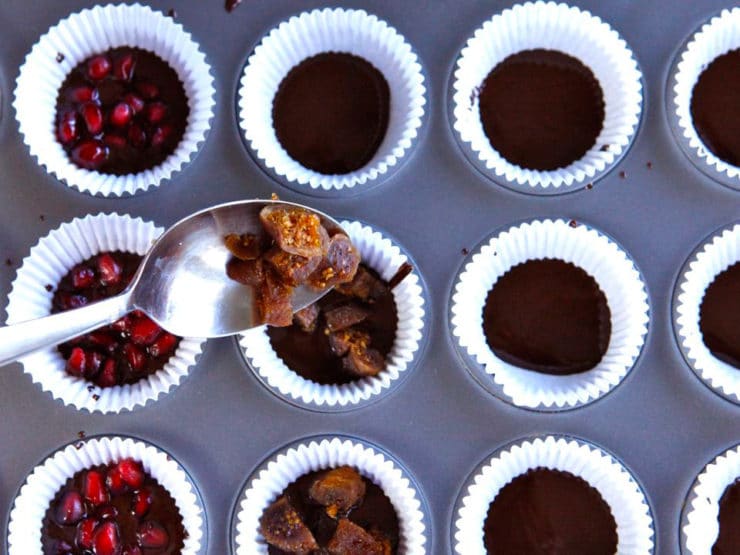 The Uses of Dates

Dates are most often picked when they are the dry stage we are familiar with; however, they are unique in that they experience several stages of ripeness.  In the first stage of ripeness, known as the khalalstage, dates have a firm and crunchy texture that is juicy and only slightly sweet. When left to ripen, the date becomes sweeter and less firm and is often sold when it reaches the tamarstage. Most date lovers prefer them at the rutabstage, when they are very soft and sweet.

The sweetness of dates is a great accompaniment to many different savory dishes, including cheese, meat and vegetable courses. They also make a great dessert option on their own. Throughout history and in many parts of the world, dates are considered an affordable source of nutrition, comparable to rice, wheat and potatoes. Because they are dried, easily preserved and easily transportable they have an extended shelf life, which is ideal for long periods of travel.

As one of the Seven Species mentioned in the Torah, dates are referred to as “d’vash” which directly translates to honey. This has led many scholars to believe that the Torah’s mention of honey is actually date honey, or date syrup, rather than traditional honey produced by bees.

Dates are particularly popular in Great Britain during the winter holidays where they are eaten whole or added to traditional desserts like Christmas pudding, sticky toffee pudding, and fruit cake.

As for the remaining parts of the date, the pits are sometimes are sometimes ground into animal feed or used in bread and the oil is safe for use in cosmetics and soap. 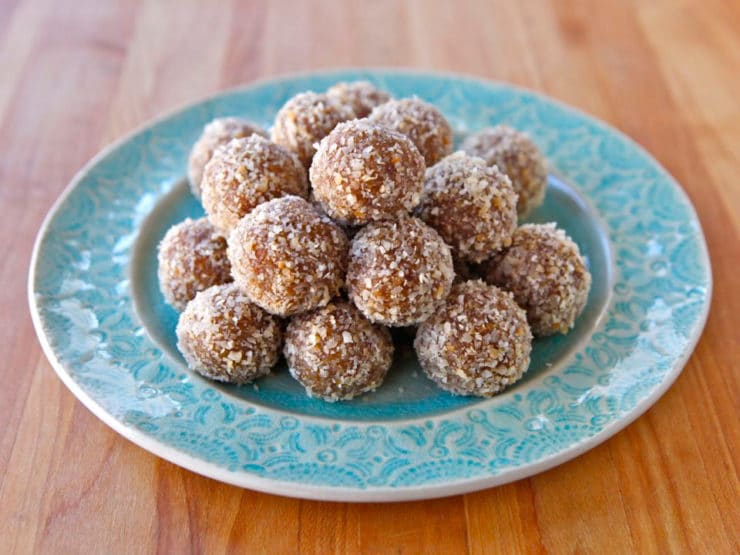 Recipes that Use Dates