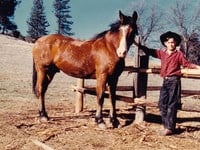 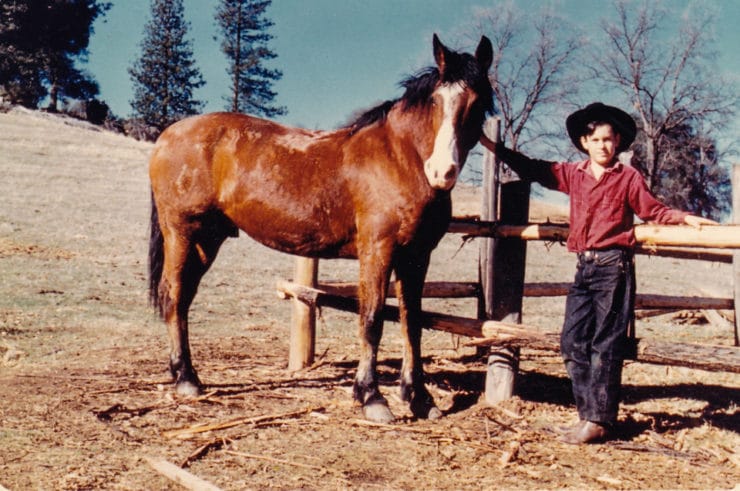 My interest in the story behind food is connected to my upbringing. On both the paternal and maternal sides of my family, I have ranching roots. My father is a retired agriculture professor who grew up on a 1,280 acre ranch in the Sierra Nevada mountain range. I’ve asked him to share his experience growing up on the ranch, raising beef cattle, and his connection to the land. –Tori

Tori and I have roots in agriculture. Mine by way of living on a beef cattle ranch from age 10 to age 18, finishing three college degrees in agriculture and a career as a professor of agribusiness for 34 years. Tori’s by way of listening to me rant and rave about agriculture when she was a kid. As we travelled around with our little camping trailer, once all the way from the Central Coast of California to Yellowstone and back, I would point out different crop farms and livestock ranches, explaining what they were producing. This early introduction to agriculture no doubt influenced her interest in food. As such, she has asked me to write about my ranching roots for all of you, so here goes. 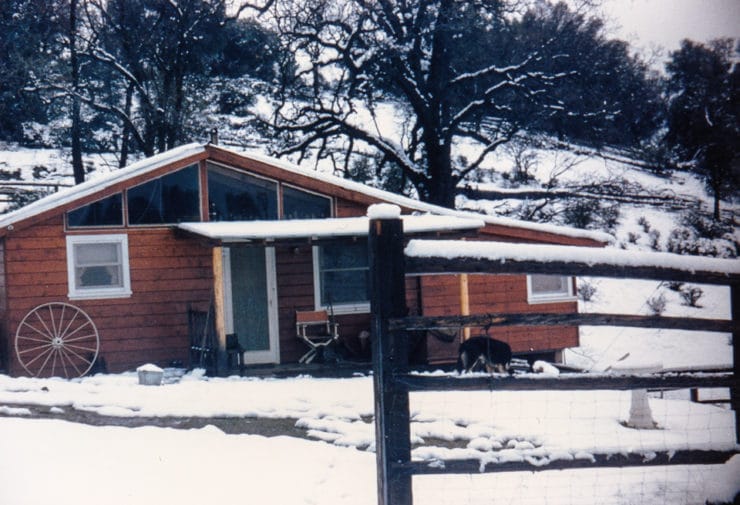 The year was 1957. My parents, Clarence and Lois Avey, both then in their fourth decade of life, had decided to move from the San Fernando Valley of Southern California to realize a dream. Their hope was to give their three sons, Gary (19), Craig (15), and me, Renny (10), an opportunity to experience the open spaces and fresh air provided by ranch life. As a youngster in Texas, Clarence visited relatives with farm and ranch properties and had always dreamt of having his own cattle ranch. My parents’ dream came true when they found and negotiated the purchase of Long Gulch Ranch in the Sierra Nevada mountains, just a few short miles from Yosemite National Park. At the time, the Long Gulch property consisted of four legal parcels of odd shapes totaling two square miles or 1,280 acres. The purchase price of the property in 1957 was forty-thousand dollars. A “gulch” (narrow ravine) with a seasonal creek that fed Big Creek ran right through part of the property and served as the origin of the ranch’s name. Another part of the ranch, attached off to the side of the gulch, included a gorgeous meadow with its own spring known as “The Bowl.” 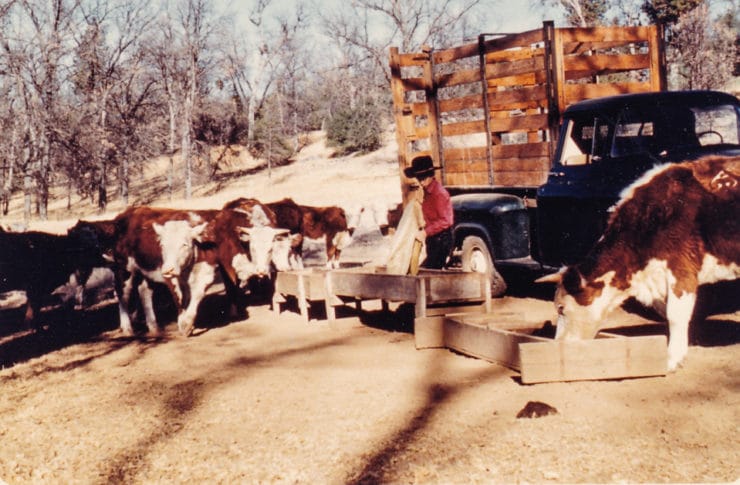 When my family bought the ranch only about one-third of the property, approximately 400 acres, was useable for the cattle grazing operation they had planned. One of the first major improvements to the ranch was to construct a total of about three miles of fence. Everyone in the Avey family contributed to this task. Mom kept us in sandwiches and plenty of water, Dad made major surveying decisions about placement of posts and wire, and the three sons learned the job of constructing cattle fencing. Me and my older brother Craig constructed several of the fence’s wooden gates in our agriculture shop classes at Sonora High School. My father soon found that cattle do not just “take care of themselves” and our family acquired knowledge of animal husbandry through “learn by doing.”

The female stock of our commercial cow-calf beef herd was made up of about 100 Hereford/Shorthorn crossbred cows that were bought from the George Gookin family, who owned and operated a neighboring ranch. Clarence acquired a temporary Hereford bull from another local rancher. Craig built some cattle racks for the 1955 Chevy pickup truck that came with the purchase of the ranch. The first use of these racks was for a trip to Colusa, California to purchase a registered purebred Shorthorn bull. Clarence had done his research and found that cross-breeding the primarily Hereford cows with a Shorthorn bull would generate calves with hybrid vigor, providing for good growth and fast weight gains. Breeding was timed so that the calves were born in the fall. This would result in the calves being the correct size by late spring. Calves were weaned in late spring, and each year this annual “calf crop” was sold to another operator that took the animals to another stage in the beef production process. The income, net of expenses and income taxes, provided our family with some helpful supplemental income. 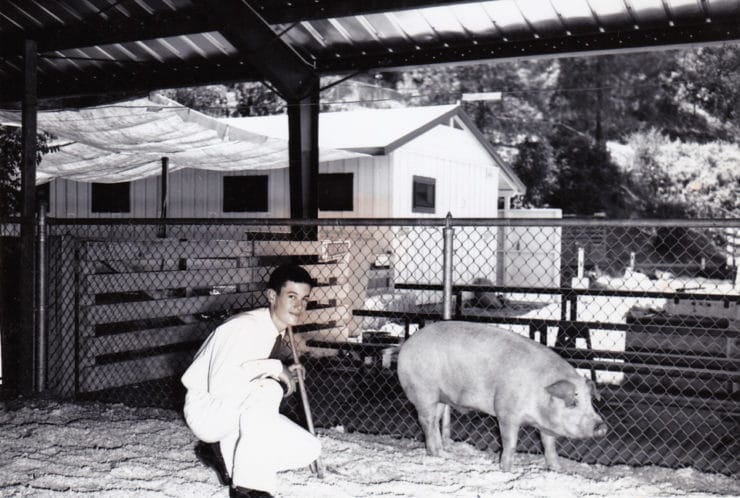 Ranch life for our family included outdoor cooking, hunting, hiking in the heartland of the Mother Lode, cutting firewood for winter, and discovering Native American sites. Our favorite area to barbeque was below the pond dam in a park-like setting, amidst a forest of black and live oaks. Huge slabs of top round steak were cooked on a grill fitted to a rock fire-ring. Baked potatoes were cooked in foil in the coals of the natural wood fire. In those days the main ranch pond, near the old farmstead area, produced good-sized populations of large-mouth black bass and blue gill perch. The pond provided the best swimming pool possible and we even built a raft, which became the perfect diving platform. Exploring 49er era mine shafts and tunnels was also a popular activity in the Mother Lode area. There are several mineshafts on the Long Gulch property, only about 15 feet in depth, indicating that little precious metal was found. Because there was no organized garbage collection service, we used the shafts as garbage dumpsites. The garbage piles in the shafts would be set on fire occasionally when it was safe to do so. Our family occasionally panned for gold in Long Gulch Creek (a tributary of Big Creek). Some low-grade gold dust was found, but never any high-grade “free gold” such as nuggets or chunks. Other discoveries, including obsidian tooled into arrowheads, were found at several former Native American campsites on the ranch.

Teddy Roosevelt once said that “The charm of a ranch life comes in its freedom and the vigorous open-air existence it forces a man to lead.” There is an area of the Long Gulch property where a forest of valley white oaks predominates. It is about a half-mile southeast of the main ranch pond. It was a favorite destination for a hike from the central farmstead further into the open-air existence of the wilds. Cumulous Sierra thunderhead clouds often collected in the Sierra sky over this oak forest, providing the hiker with a spiritual experience derived from one’s own personal cathedral. It is this connection to the land, to the open-air existence, that I remember most about my childhood on Long Gulch Ranch.