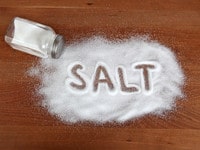 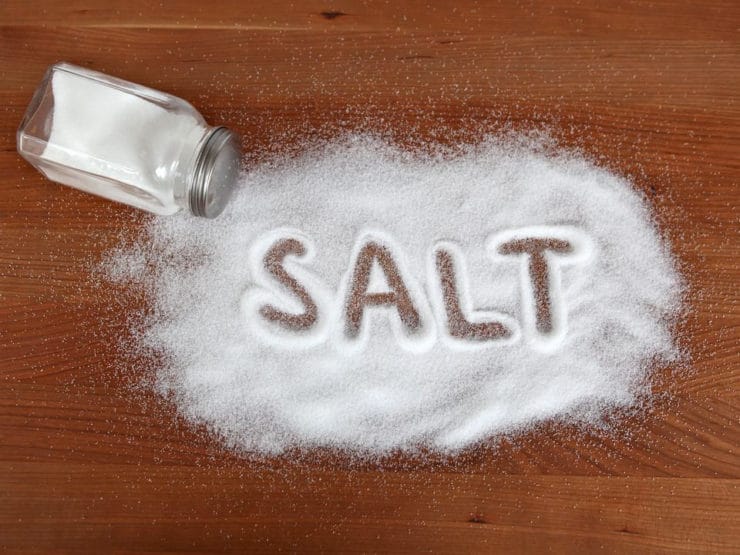 Yesterday, the New York Times published a feature called “We Only Think We Know The Truth About Salt.” The article discussed the flimsy science behind low sodium diets. It even goes so far as to suggest that cutting salt levels can do more harm to our bodies than good. The timing of the article was perfect, because for the past month I’ve dramatically cut my salt intake… which is a subtle form of torture for a salt lover like me.

Why did I cut salt? A few weeks ago, I went to a routine doctor’s appointment and the doctor took my blood pressure. He looked concerned, which is never a good thing to see in the face of your doctor.

“You’re blood pressure is very high,” he said. “We’ll check it again at the end of the appointment to see if it’s gone down.”

I was shocked. My blood pressure has always been on the low end of the spectrum. I am a really healthy person. We both wondered if it was the stress of being in a doctor’s office that was causing an unnatural spike. But at the end of the appointment, nothing had changed. I asked him if perhaps it has to do with my recent workload. I’ll admit that I’ve been somewhat stressed lately… there are a lot of exciting developments happening with The Shiksa in the Kitchen, and I’m having trouble keeping up with it all. But my doctor felt that my blood pressure was too high to be stress-related.

This appointment was the beginning of weeks of medical tests, as my doctors tried to determine the cause of the blood pressure spike. While all of this was going on, I quickly reworked my diet to see if something I was eating might be causing the problem. I cut salt drastically on the advice of the doctor. Salt is my weakness, so this was difficult. I started drinking more water and exercising more frequently. I cut caffeine, which caused a week of headaches—nothing worse than what I feel every Yom Kippur. But beyond those small changes, there wasn’t much to be done. My diet is extremely healthy. I eat unprocessed, lowfat, low cholesterol, and mostly vegetarian. I cook from scratch most of the time, which means I avoid the hidden salt in processed foods. I consume lots of vegetables and fruits on a daily basis. Those treats you see me blog about every once in a while are just that… treats. They are enjoyed very sparingly, and I haven’t touched them for the past month as I went through this period of medical tests. Despite this, my blood pressure remained high.

To this date, it remains a medical mystery why my blood pressure spiked. I was given every test that was medically indicated, and even some that weren’t. Everything came back perfect—my cholesterol levels are great, my hormones are in check. I am, by all accounts, the picture of health. The doctor concluded that I am one of those rare cases where a person’s blood pressure rises for no apparent reason. I don’t totally buy that—there is no effect without a cause—but we have ruled out every potential cause known to the medical community at this particular moment.

Meanwhile, the changes I made over the past month didn’t change my blood pressure a bit. The increased exercise didn’t bring it down (although I do feel great, so I think I’ll stick with that). More significantly, the dietary changes I made did nothing—cutting the salt didn’t help at all. I love salt, so you can imagine my frustration at having cut it out for over a month with no positive results.

That’s why I was happy to read the article from the New York Times about salt’s rather unfair reputation for being unhealthy. In fact, according to this article, cutting salt to the government recommended limit can actually have a harmful effect on the body. I’ll still be watching my salt intake, but after reading this article I don’t think I’ll be quite as strict about it.

Do any of you have high blood pressure issues? Did you cut salt to help your blood pressure come down naturally? Did this New York Times article change your views on salt? I’m curious to hear about your experiences.