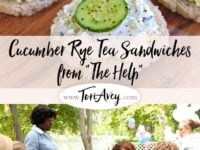 In Oscar nominated film “The Help” director Tate Taylor, a Jackson native, wanted authentically Southern food to dress his set. He decided to recruit real Southern cooks in Greenwood, Mississippi to create the on-set food. No caterers or food stylists for Jackson… he wanted the real deal, women who had Southern cooking in their blood. These Cucumber Rye Tea Sandwiches were a fixture on the set of “The Help,” and would make a fun addition to any Oscar party spread. 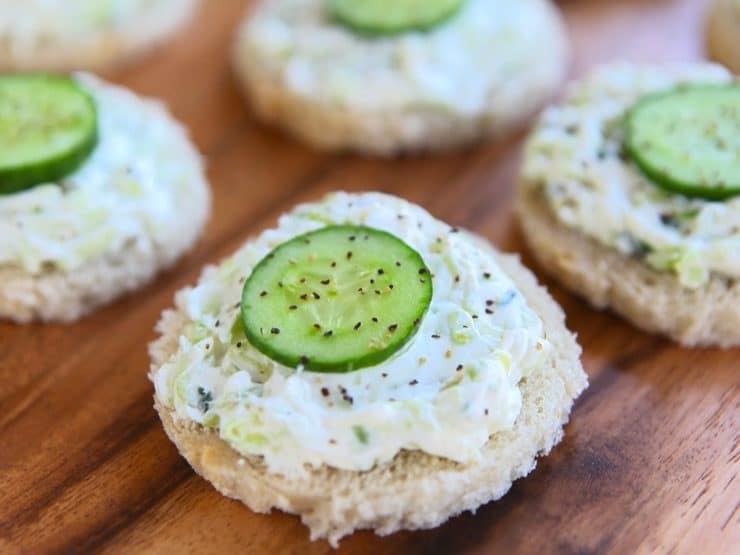 “The Help” is a film adaptation of Kathryn Stockett’s novel of the same name. It is an inspirational story about a group of diverse, extraordinary women in 1960s Mississippi who build an unlikely friendship around a secret writing project. The film examines the complex relationships between African-American maids and the white families who employed them. Food plays a major role in the film. Because the story deals with race and class issues, the cooking is diverse– from chicken deep fried in Crisco to gelatin aspics to cocktail meatballs to collard greens, the food is a reflection of the social issues of that time period. 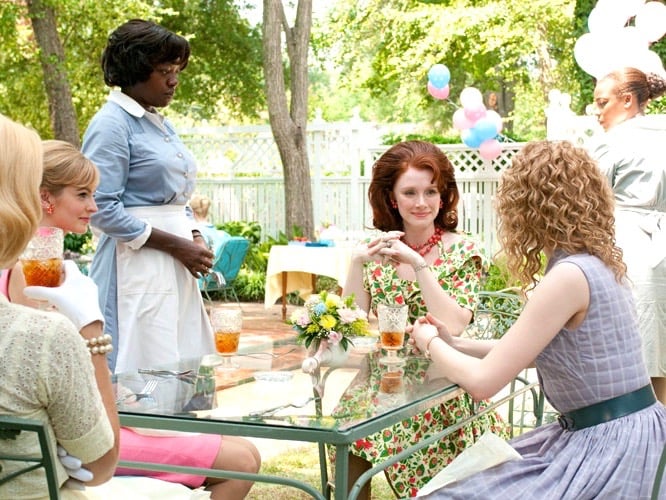 The non-professional cooks hired for “The Help” had to create a massive amount of food for the film, preparing much of it in a hot outdoor kitchen on set. It was a big challenge, but the women were enthusiastic. Lee Ann Flemming, a newspaper columnist who baked Minnie’s infamous chocolate pie for the film, told Food and Wine about meeting actor Chris Lowell. “Chris loved my cucumber tea sandwiches,” Flemming boasted. “He said, ‘I ate about 25.'”

Food and Wine provided the recipe for Flemming’s sandwiches, so I gave them a try. Chris Lowell was right! This is some tasty finger food. So in honor of the upcoming Oscar awards, here is one of Lee Ann Flemming’s recipes from “The Help.” They would make a terrific Oscar party appetizer, and a fun conversation piece now that you know the story behind them. 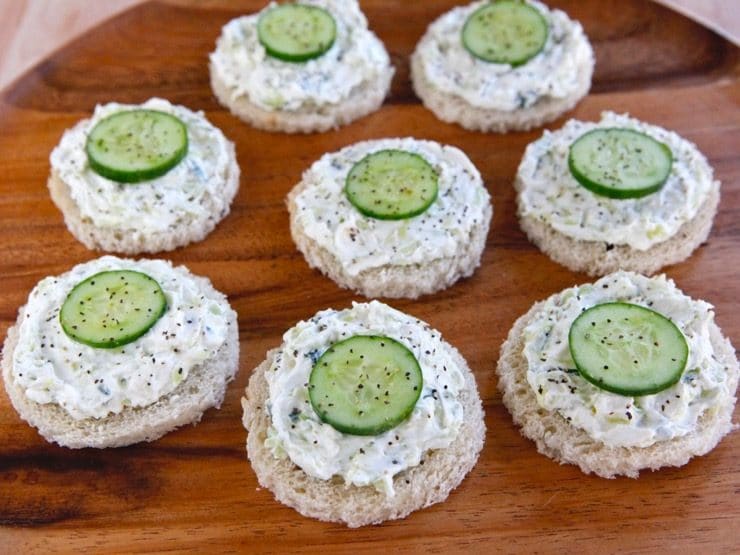 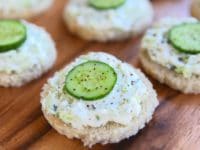 You will also need: 2-inch cookie cutter (if you can't find party rye)