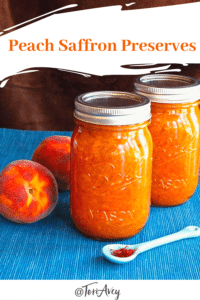 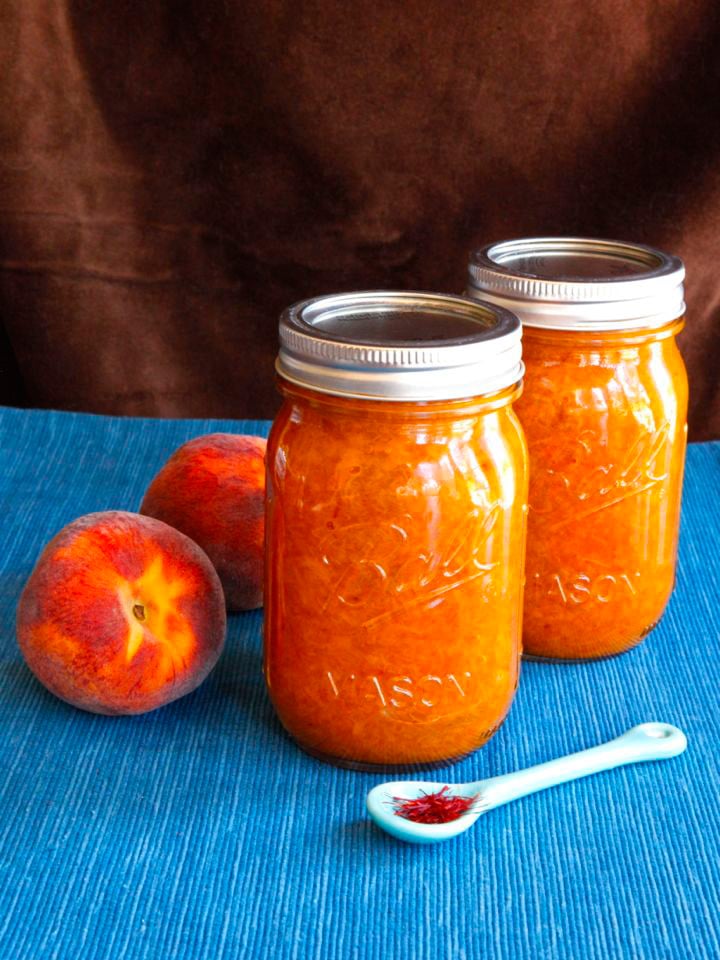 Although commonly believed to have originated in Persia, peaches actually came from China, where they were a symbol of immortality as early as 550 B.C.E. They were introduced to America during the colonization of the New World. Eventually they began growing wild in areas of the American South, Southwest and Mexico, which led botanists to incorrectly suppose that the fruit was native to the New World.

The two most common peaches we see today are clingstone and freestone. Clingstone peaches are better suited to processing since the flesh of the fruit “clings” to the pit or stone. Freestone peaches separate cleanly and are great for eating fresh or using in baked goods, like tarts, when appearance is important. It has been said that Queen Victoria served fresh peaches wrapped in cotton cloth at the end of each meal.

I recently purchased a book called The Preservation Kitchen: The Craft of Making and Cooking with Pickles, Preserves, and Aigre-doux by Paul Virant and Kate Leahy. It’s a terrific resource for home preserving. In the book I found a recipe for Peach Saffron Preserves. I am a big fan of saffron (see more recipe ideas below) and had never thought to combine it with peaches. The saffron brought out a lovely earthy flavor in the fruit and gave it complexity. I adjusted the sugar to taste and added a touch of salt and cinnamon, which took the whole concoction in a slightly exotic direction.

Don’t overwhelm these preserves with sugar; they’re best when made subtly sweet, allowing the saffron flavor to shine. I eat it by the spoonful. It’s lovely on whole grain toast or served alongside a nutty cheese. Enjoy! 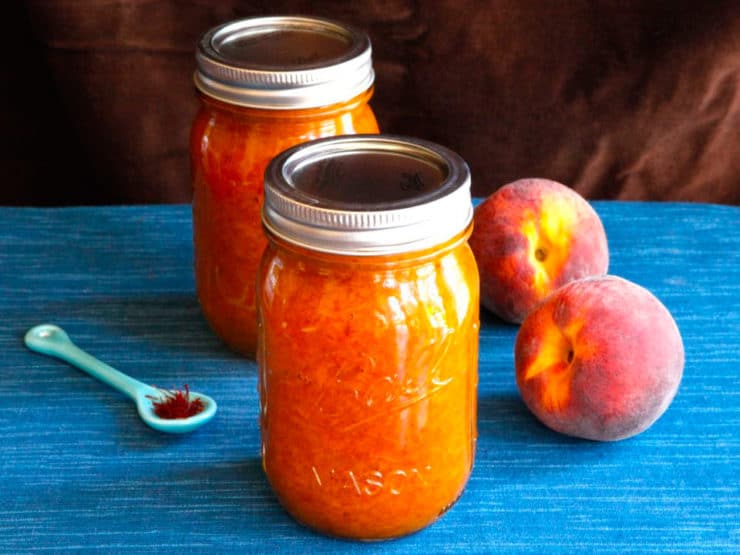 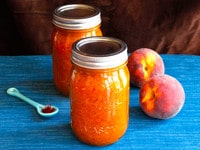 Step-by-step recipe for creating peach preserves with exotic saffron and a hint of cinnamon.