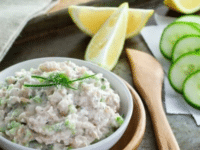 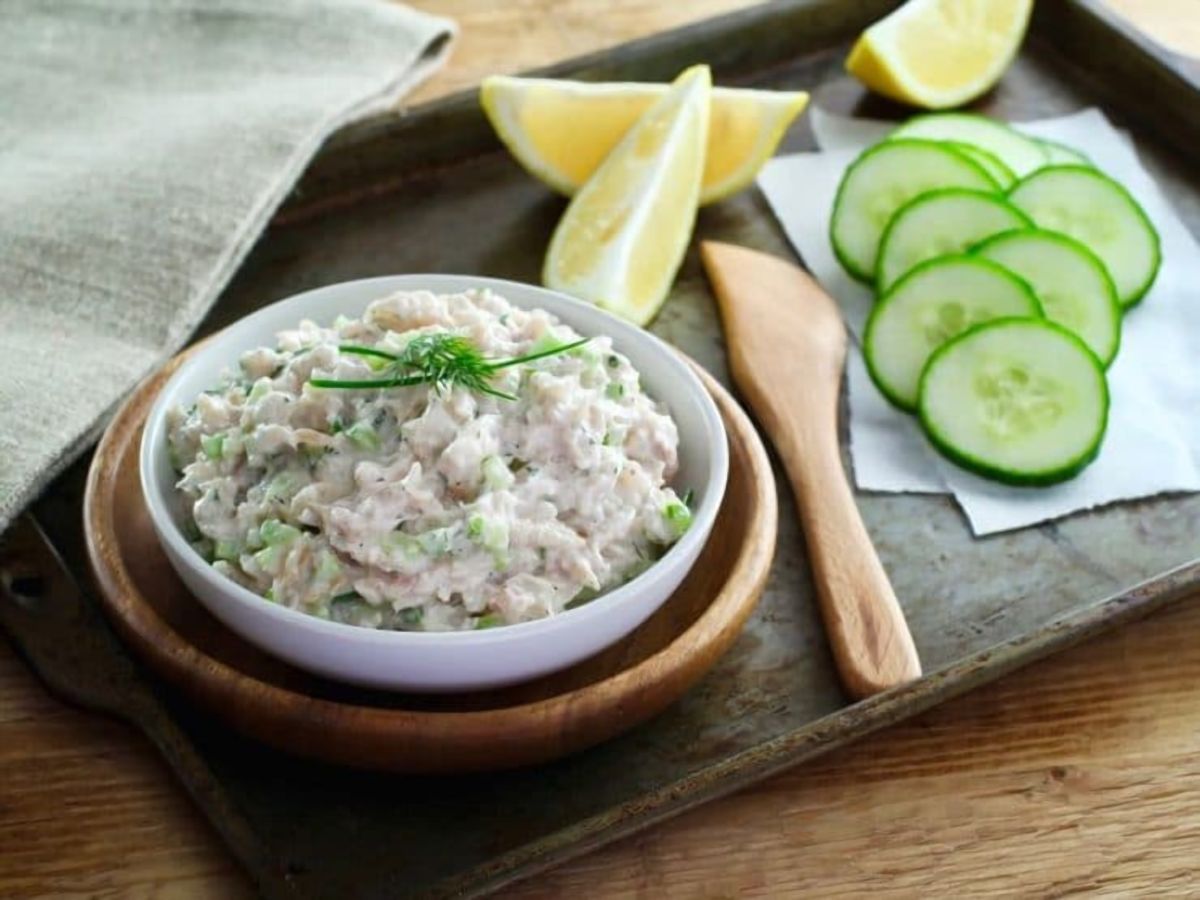 Whitefish Salad – The history of smoked fish, “appetizing”, and a recipe for Jewish whitefish salad with celery and herbs.

The term “whitefish” refers to several species of freshwater fish that are commonly used in Ashkenazi Jewish cooking. These inexpensive and versatile fish are used for a number of purposes– they can be poached for Shabbat, ground into gefilte fish, and smoked. Whitefish is sold as either a whole fish or a fillet cut. It can be found in most Jewish delis, kosher markets, and “appetizing” stores like New York’s famous Russ and Daughters.

Antique illustration of a whitefish

Smoke-curing is one of the most ancient methods of food preservation. When smoke-curing fish, the fish is dried and salted to remove all moisture (moisture creates a breeding ground for bacteria). It is then exposed to smoke, another element that slows down bacterial growth. The smoke combined with the salt creates a unique flavor that has become synonymous with Ashkenazi Jewish cuisine. The process of smoking whitefish was adopted by Eastern European Ashkenazi Jews; smoked fish was stored and eaten throughout the long, harsh winter season. Smoked whitefish was later brought to the U.S. during a mass Jewish immigration that began in the late 1800’s. American Jews found an abundant source of whitefish in the Great Lakes of the northeast. Much of the smoked whitefish sold today comes from the Great Lakes. Modern smoked fish is less salty and pungent than smoke-cured fish; we now have refrigerators, so fish is smoked and salted for flavor more than preservation purposes. That makes for a more delicate, moist, and softer fish with a truly delightful flavor. 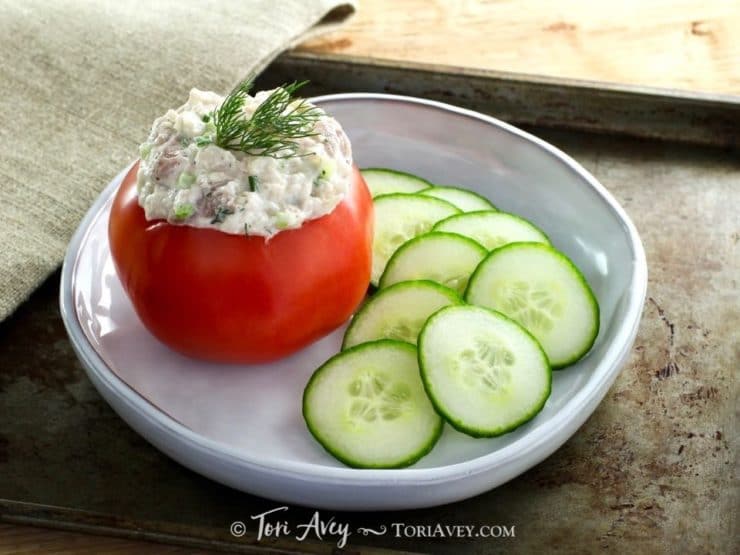 Removing the meat from a whitefish is a little more work than opening a can of tuna fish, but the flavor is so much more complex. It takes me about 10 minutes to get the meat off the fish, deboned, and into the mixing bowl. If it’s already filleted, that makes things even easier. I don’t add a lot of extra ingredients to the salad, except for a few fresh herbs and some lemon juice; the smoking imparts a lot of flavor and doesn’t need much “dressing up.” I usually use a mixture of mayonnaise and sour cream in the salad, but you can substitute all mayo to make the dish pareve. You can also add a little minced onion in there for spice, if you wish. Make sure you taste and season accordingly; don’t add salt until you taste, since the smoked fish has a lot of salt in it already.

By the way… the cheapest place I’ve found whole whitefish is at my local kosher market, where a 2 pound fish sells for around $16. A few months ago, they tried to sell me the same sized fish at a local deli for $54. I told them thanks, but no thanks! Smoked whitefish shouldn’t be pricey, it’s not an expensive fish to begin with. So don’t let anybody charge you more than $10 per pound, unless you’re in an area where there aren’t too many kosher markets or delis. If you are, you might have to pay a premium to an appetizing store or gourmet market to have it shipped. 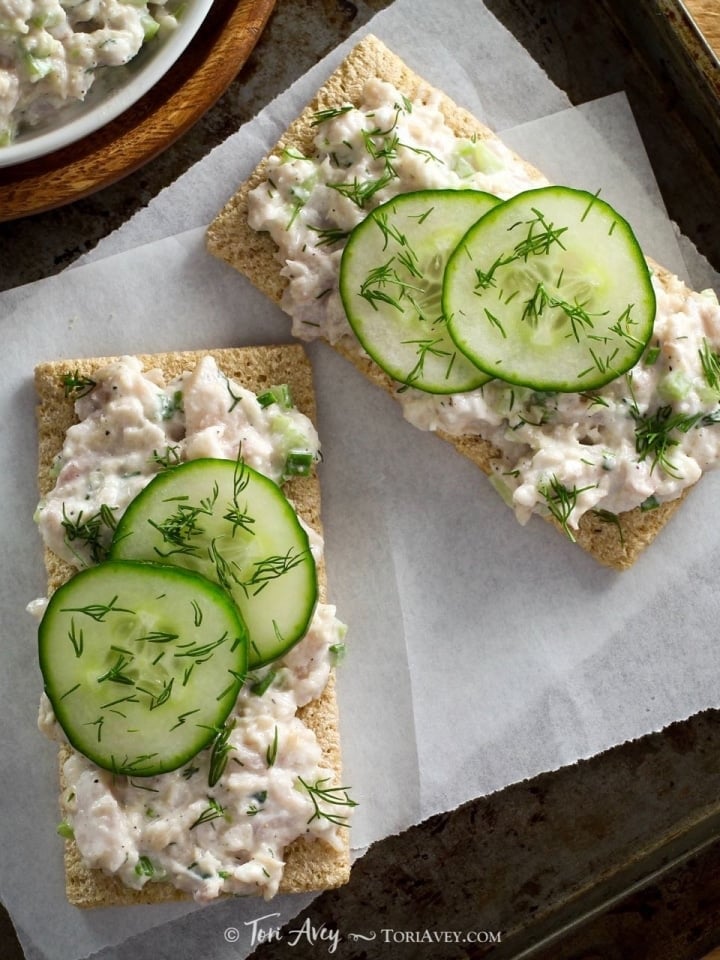 I’ve posted some serving suggestions below this recipe. The salad can be made gluten free using certified GF mayo and sour cream. Whitefish salad makes a great appetizer spread– serve it atop rye crackers or pumpernickel bread for a dainty treat. Or, make a meal out of it and create a bagel sandwich layered with cream cheese, lox, thinly sliced onion and whitefish on top. Goes great with a hot bowl of deli-style soup like split pea or my Mushroom Barley Soup. The perfect winter meal. Bete’avon! 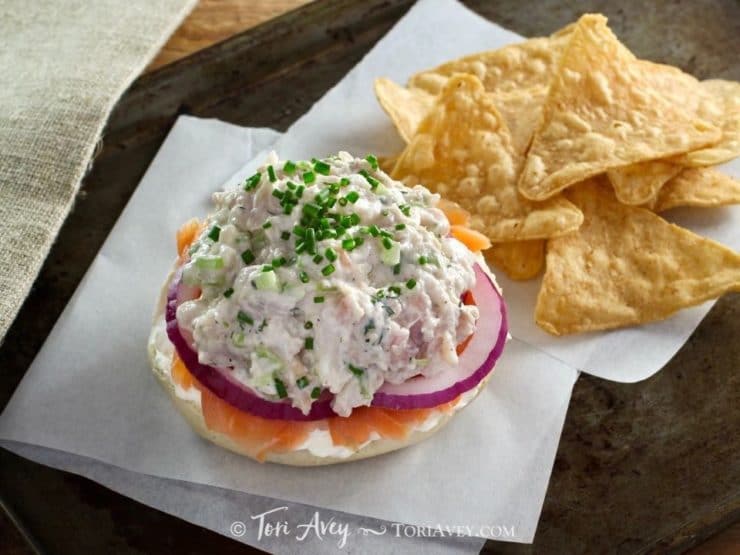 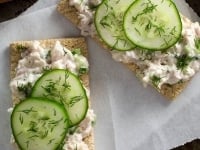 A delicious traditional recipe for Jewish whitefish salad with celery and herbs. 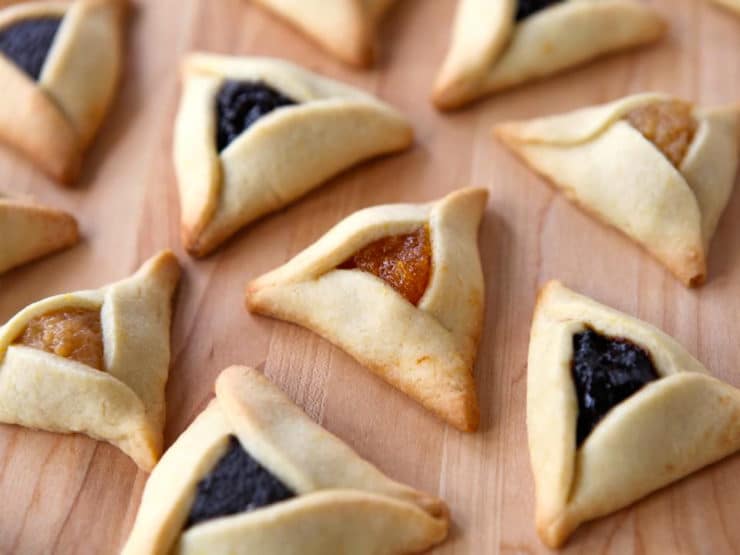 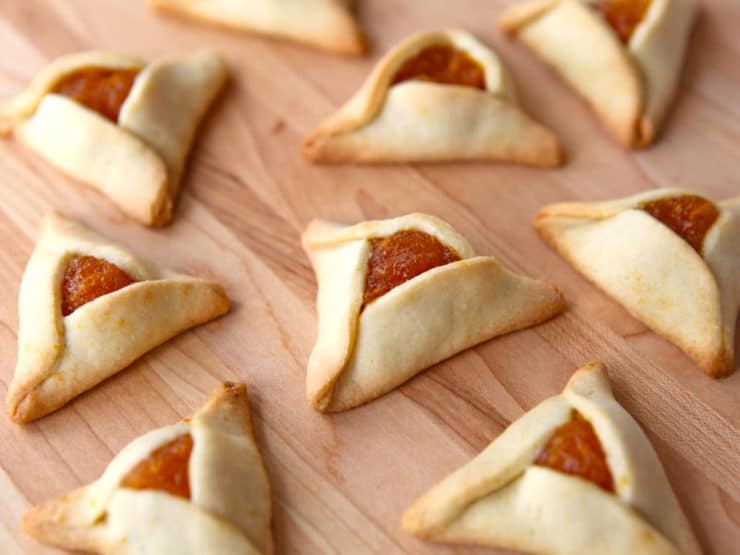 Scrumptious recipe for lekvar – apricot butter. Can be used as filling for hamantaschen, cookies, pastries, or kolaches. Thick filling, will not run when baked.