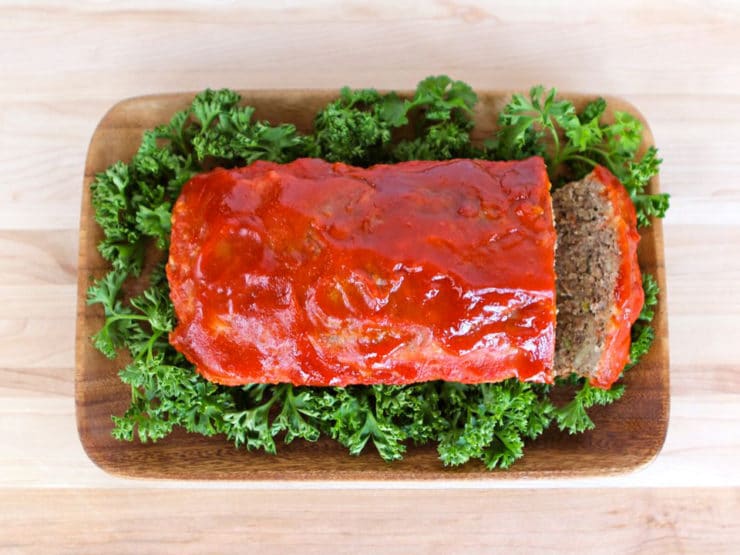 Make Elvis Presley’s Sunday Meatloaf, a recipe from the Presley Family Cookbook, and learn about the Jewish ancestry of Elvis and his mother.
1.4K shares
5 from 5 votes
Jump to Recipe Email Me Recipes 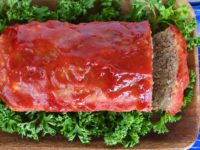 Happy birthday Elvis Presley! The King of Rock and Roll was born 77 years ago today on January 8, 1935. What better way to celebrate than with a recipe from the Presley Family Cookbook? But first, a little history!

Did you know that Elvis had Jewish ancestry? In the book “Elvis and Gladys,” author Elaine Dundy researched Elvis’ family tree and found that his maternal great-great-grandmother, Nancy Burdine, was Jewish. According to Jewish law, which uses maternal lineage as a way to define Jewish identity, Elvis himself would have been considered Jewish. 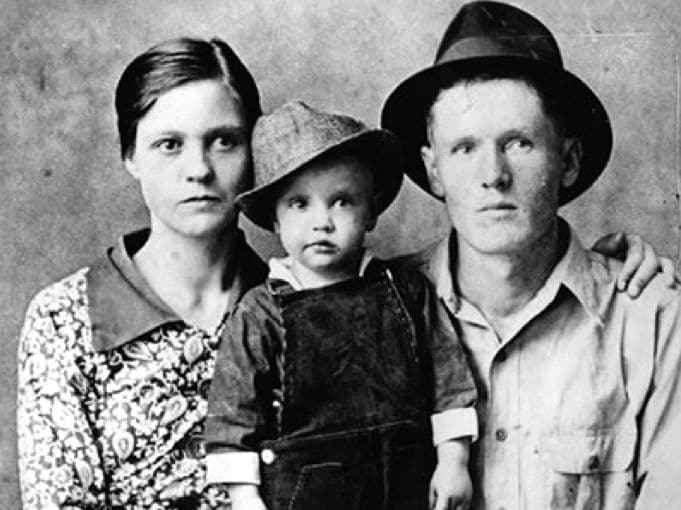 Though not an observant Jew, Elvis was aware of his ancestry. As a child, he was told to hide his Jewish roots because of existing prejudice against Jews. Even though they hid their family history, Elvis’ mother Gladys was apparently proud of their Jewish heritage. When she passed away, Elvis had a Jewish Star of David engraved on his mother’s tombstone. He also took it upon himself to learn the Hebrew aleph-bet, and once donated $150,000 to the Memphis Hebrew Academy.

In his later years, Elvis wore Jewish symbols around his neck—sometimes the Star of David, other times the Hebrew symbol “chai” (meaning “life”). He often wore a cross, too– a symbol of the Christianity that he practiced throughout his life. When asked why he wore charms from both religions, Elvis remarked: “I don’t want to miss out on goin’ to Heaven on a technicality.” 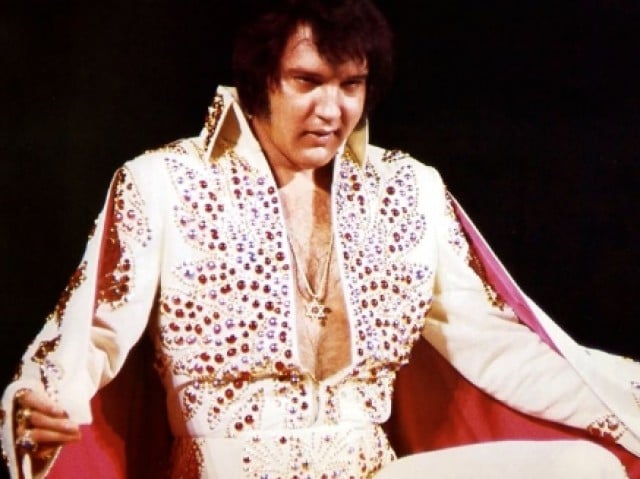 This weekend, I wanted to cook something in honor of Elvis’ birthday. Everybody knows that Elvis loved fried peanut butter and banana sandwiches, but that’s not much of a recipe. Just spread two pieces of bread with peanut butter, smash some banana on top, make a sandwich, and fry it in butter or margarine. Totally delicious, but not very exciting (and also loaded with fat!). I wanted a real family recipe, something that not many people know about. 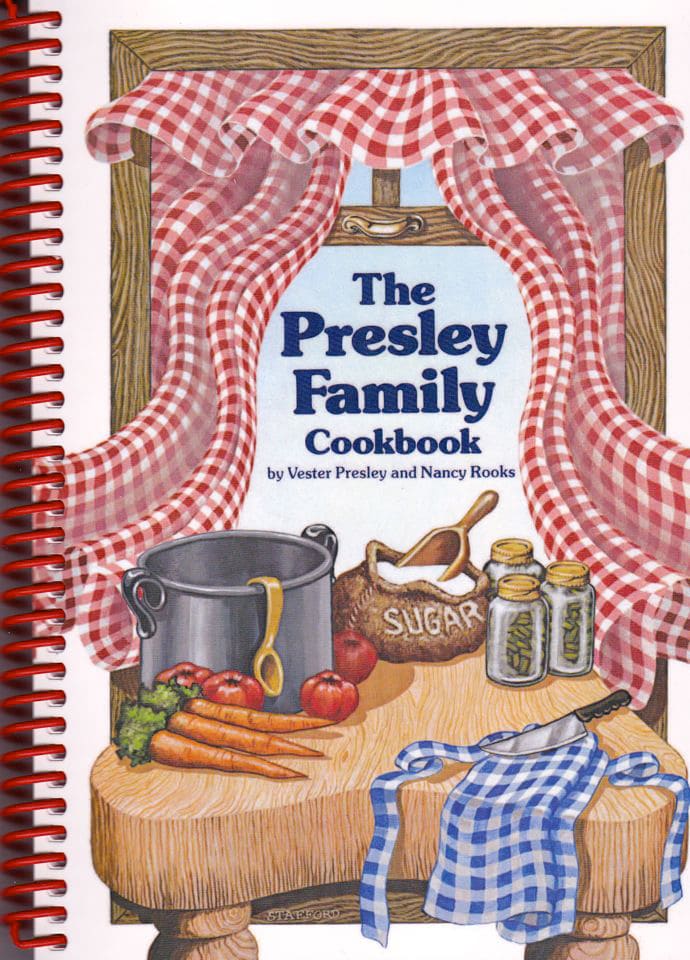 I found what I was looking for in a collection of recipes called “The Presley Family Cookbook,” written by Vester Presley (Elvis’ uncle) and Nancy Rooks (the Presley family cook). It includes some of Elvis’ favorite Southern family recipes. A dish called “Sunday Meatloaf” seemed worth trying, especially considering the fact that Elvis’ birthday falls on a Sunday this year. Here is the recipe as it appears in the cookbook:

It seemed easy enough, so I gave it a whirl. I made a few tweaks based on experience that helped to improve the end product– I sauteed the veggies before adding them to the mix to soften them, because I don’t like the crunchy texture of al dente veggies in my meatloaf. I cut the amount of black pepper in half (1 tsp would make it too spicy for me– and I like spice!), cut the salt a bit, lowered the cooking temperature/lengthened the cooking time, and added a glaze at the end of cooking. I always add a glaze to my meatloaf, and though the tomato juice did give it a nice saucy flavor, I added another light ketchup glaze to give it that extra “yum” factor.

You know what? It’s absolutely delicious! This is awesome Southern comfort food. It’s definitely worth trying. The wheat germ gave it a great texture and added some healthy fiber to the mix. To make it even healthier, you could use a mixture of ground dark meat chicken and lean ground beef. I might make it that way next time. Meanwhile, I can’t wait to eat the leftovers… meatloaf sandwiches are the ultimate!

I’ve posted the printable recipe below, with some details and photos for added clarity. You can make it as written, from the original recipe above, but I highly recommend the tweaks– they took this meatloaf from good to awesome. As written, I think the pepper would be much to overpowering, and it would also be too salty for most people.

Enjoy! It’s a fun tribute to the King, and a yummy way to celebrate his life. 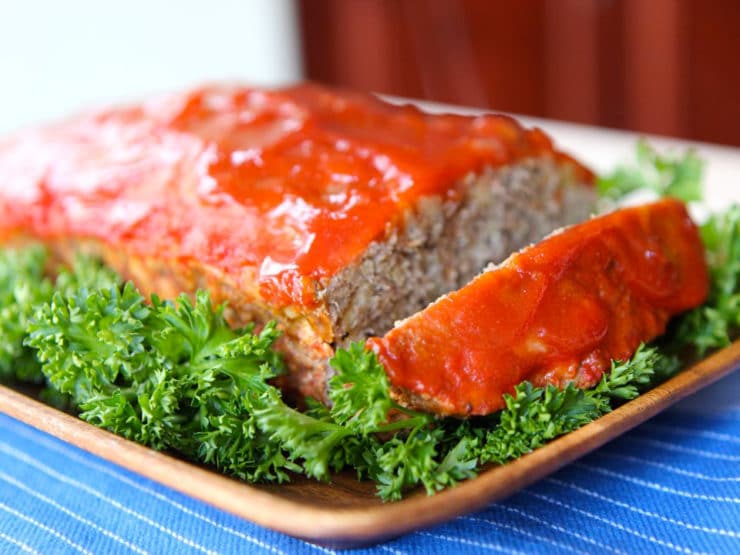 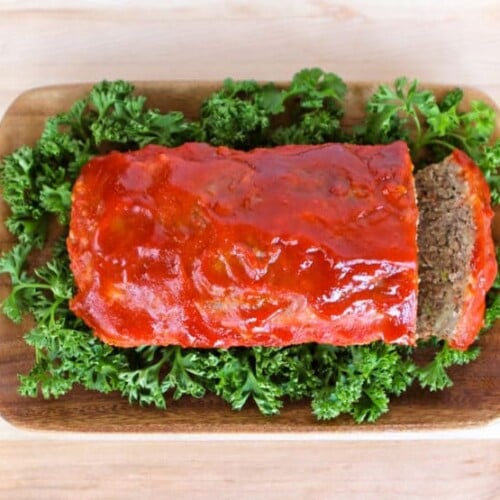 Nutritional information should be considered an estimate only; please consult a registered dietician, nutritionist, or your physician for specific health-related questions. Read more here. Please note that the recipe above is published using a recipe card plugin, with preexisting software which can auto-calculate metric measurements, as well as change the number of servings. Metric conversions and changes to the number of servings (resulting in different ingredient amounts) will only appear in the ingredient list, and are not changed within the step-by-step directions of the recipe.
1.4K shares
Curious George Banana Hot Chocolate PREVIOUS

The Great Truffle Debate NEXT