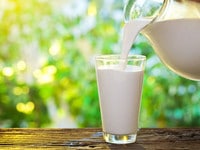 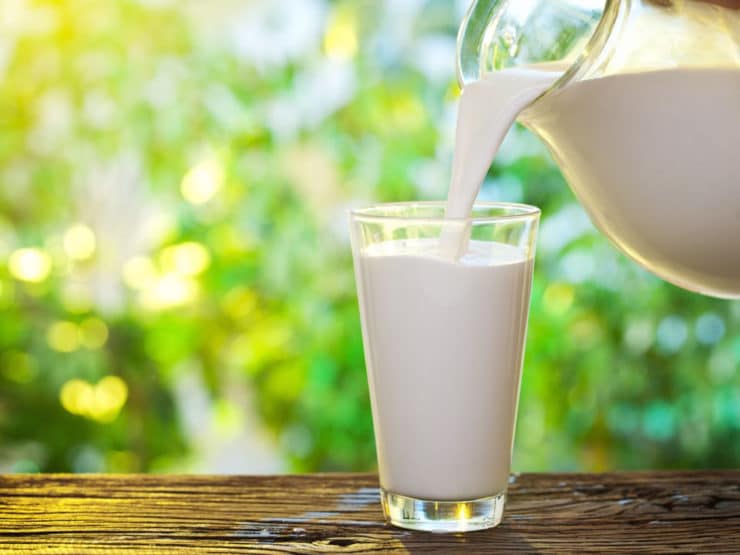 Valentyn_Volkov/Depositphotos.com
Let’s talk about milk. Do you drink it? Have you sworn it off? A lot of people have limited their dairy consumption lately for a number of reasons– vegans cut it for health and ethical concerns, lactose intolerant people because it doesn’t make them feel good, kosher folks to eliminate the chance of mixing meat with dairy, etc. I’ve tried taking milk out of my diet a few times in the past, but I’ve never found a great substitute and I always end up coming back to milk for certain uses. Almond and nut milks work great in many recipes and in smoothies, but they just don’t taste the same when mixed in tea or poured on cereal. I wouldn’t say we drink a lot of milk in our family– we mostly add it to coffee or tea and we sometimes use it in cooking and baking. We don’t drink it as a beverage on its own. However, through various uses we do end up consuming 1-2 cartons per week, enough to make me concerned about the quality of the milk that we’re taking in. A few months ago I made the switch to organic whole milk, and I’m so glad I did. Though it’s higher in fat, I’m now convinced it’s better for my family than lowfat and nonfat.

I’ve been buying organic milk and dairy products for the past several years due to concerns about growth hormones and antibiotics found in standard milk and dairy. I grew up drinking 1% and 2% milk, so I continued buying it as an adult assuming it was the best nutritional choice for my family. After reading recent studies, my perspective shifted. New research suggests that consuming whole fat dairy is linked to reduced body fat. While scientists aren’t exactly sure what causes this seemingly counter-intuitive correlation, there are a few theories. Some believe that full fat dairy leads to a greater feeling of satiety, causing people to eat less and feel full. Others point to bioactive substances in the milk that might alter our metabolism. I’ve also learned that organic whole milk contains more helpful fatty acids than conventional whole milk. It has a better balance of fatty acids and is higher in healthy omega-3. This is largely due to the fact that organic farmers must allow their dairy cows to graze in the pasture for a certain amount of hours per week. More and more, the evidence seems to point towards organic whole milk as the best choice for many dairy consumers. People with high cholesterol and other health issues associated with saturated fat intake may want to think twice about making the switch. But for the rest of us, whole milk may be a better choice for maintaining a healthy weight.

I don’t know why I was surprised to learn all of this. After all, whole milk is more natural and closer to what our grandparents and great grandparents were drinking. Of course many argue that raw, unpasteurized milk is the ideal “old fashioned” and nutritionally better way, but I refuse to jump on that bandwagon due to my concerns about food borne illness. That said, overall I’m convinced that we need to take a step back from processed items. The more we gravitate towards simple, natural, organic ingredients, the better off we’ll be. I will continue to enjoy organic whole milk with my family. Not only is it nutritionally superior, it is a heck of a lot tastier than lowfat and nonfat milk.

What do you think? Have you considered switching to whole milk? Are you already drinking it? What do you think about organic dairy vs. non organic? Or have you eliminated milk from your diet completely? I’d love to hear from you.