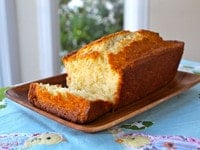 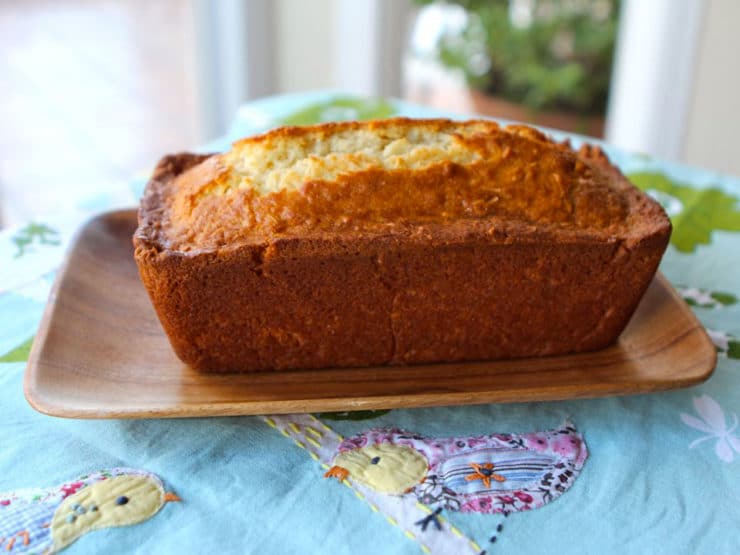 Last week, I blogged about poet Emily Dickinson’s lesser known passion— cooking and baking. I was able to track down one of her actual recipes, a Coconut Cake– or, as Emily spelled it, Cocoanut Cake. Tomorrow (December 10) is Emily’s birthday, so I decided to celebrate the life of this brilliant American poet by baking her Coconut Cake.

Emily’s hand written recipe is being shown at The Poet’s House in New York City as part of their Emily Dickinson Exhibition, which runs through January 28, 2012. The exhibit is described as “a once-in-a-lifetime opportunity to see a rare selection of original manuscripts, letters, fragments, rare books, archival materials and even a recipe for coconut cake belonging to Emily Dickinson.” I’m hoping to stop by and see the exhibit on my next trip to New York.

Here is a scan of the actual recipe (or, as recipes were called in Emily’s time, the “receipt”). It’s a bit hard to read, so I’ve transcribed it below. 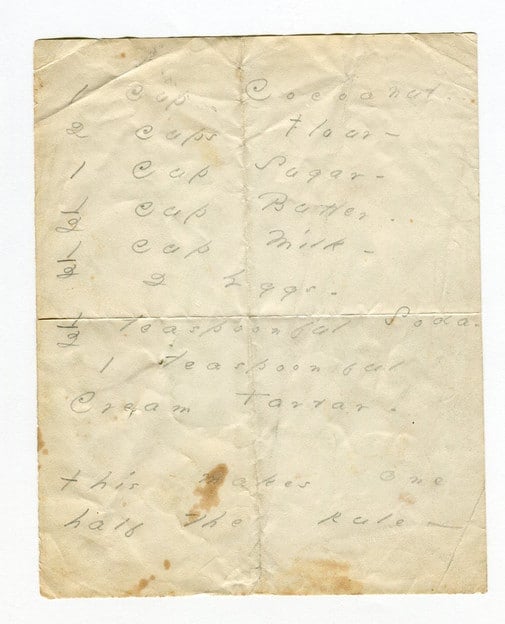 This makes one half the rule–

No baking instructions are given, but anybody with a basic understanding of baking techniques should have no trouble with this recipe. It’s a simple cake or “quick bread,” meaning it uses baking powder as a leavening agent. The mixture of cream of tartar and baking soda produces baking powder; you can combine the cream of tartar and soda as written, or simply substitute 1 1/2 tsp baking powder. I’ve written out detailed instructions for baking the cake below so you can try it yourself.

Regarding the phrase “one half the rule,” it would make sense that Emily would want a recipe in half-portion. A loaf-sized cake would be easier to wrap up and send than a full cake. Though Emily was reclusive and rarely left her home, she was known to send food gifts to friends and acquaintances. In Emily’s obituary, her brother’s wife and lifelong friend Susan Dickinson describes her sister-in-law’s fondness for sending out care packages:

Very few in the village knew Miss Emily personally, except among the older in habitants, although the fact of her seclusion and intellectual brilliancy was one of the familiar (Amherst) traditions. There are many homes among the classes into which her dainty treasures of fruit and flowers and almost ambrosial dishes for the sick and well were constantly sent, that will forever miss those dainty traces of her unselfish devotion… 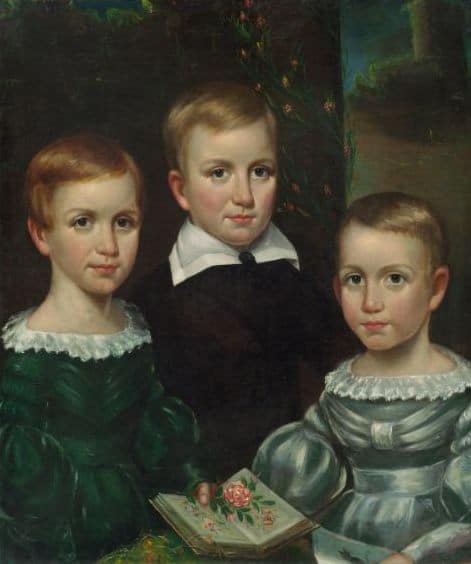 The Dickinson Children, painted by Otis Allen Bullard ca 1840. From the Dickinson Room at Houghton Library, Harvard University. Emily is on the left– this is one of the few surviving images of the poet.

I made this recipe the old fashioned way, beating the butter by hand and using an antique flour sifter to get into the spirit of the project. I stopped short of grating the coconut by hand. Grating fresh coconut is time consuming, so I used dried grated coconut instead of fresh. If you want to take that shortcut too, soak the dried coconut in warm water until soft and drain well before integrating it into the batter. You can also use soft sweetened baker’s coconut, if you wish– this cake is not overly sweet, so the extra sweetness from the baker’s coconut wouldn’t hurt.

Next time I bake this, I’ll probably use a large loaf pan. The medium loaf pan (8 inches) compressed the cake batter a bit, which made it billow up on top. Not a big deal, though (in fact, the effect is kind of pretty). The texture is not light or airy, it’s more like a dense pound cake. Using cake flour instead of regular flour would lighten up the texture a bit. My favorite part of this cake is the lovely golden crust, which gives it enough structure for dunking in coffee or tea. You might want to bake one yourself and give it to a literary friend as a holiday gift!

Thank you to Stephen and Christina at Poet’s House for their help with this post. 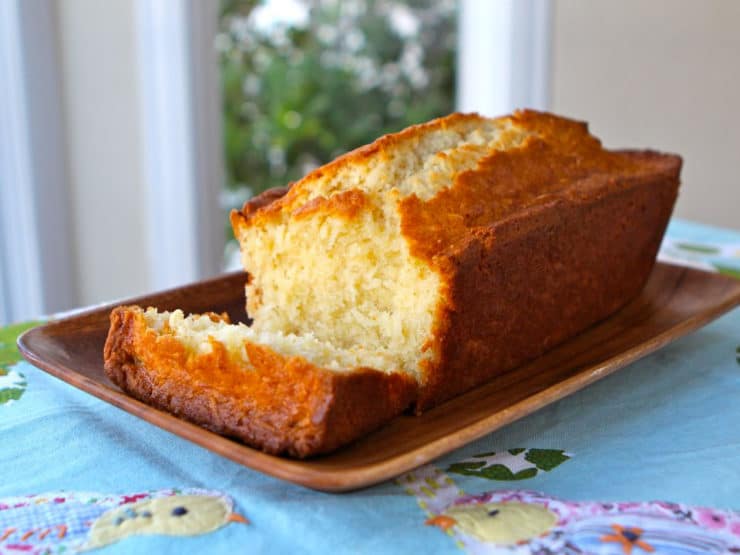 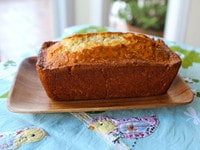 Learn to make Emily Dickinson's recipe for Coconut Cake from an antique recipe in Emily's handwriting.