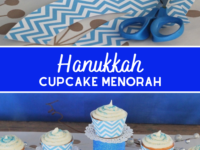 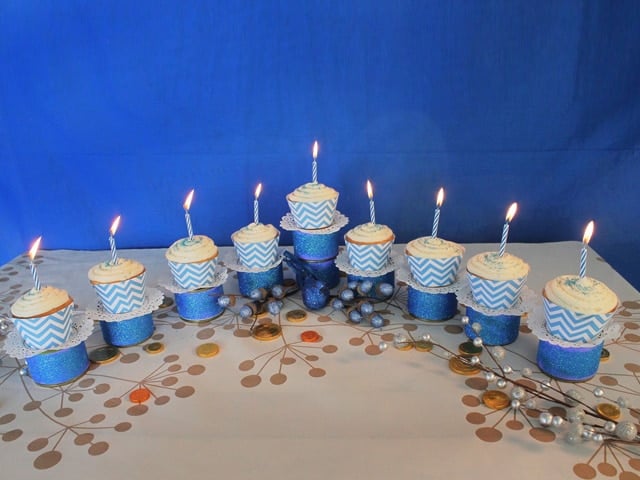 Hanukkah is the Festival of Lights; it celebrates events that took place over 2,000 years ago in the land of Judea. In 175 BCE, a Syrian king named Antiochus IV Epiphanes gained control of Judea. He outlawed the Jewish religion, and in 167 BCE went so far as to desecrate the Holy Temple by having an altar to Zeus placed there and ordering pigs to be sacrificed (very not kosher!). A rebellion was led by the Jewish priest Mattityahu and his five sons, one of whom, Judah Maccabee, took over the rebellion after his father died. The family was called the Maccabees or the Hasmoneans. In 165 BCE, the Jews managed to defeat their oppressors and to rededicate their sacred temple. According to the Talmud, after the temple was cleaned, olive oil was needed to fuel the light of the menorah (candelabrum). Though there was only enough oil to light the menorah for one day, the oil lasted for eight days. On Hanukkah, Jews celebrate their religious freedom and what is considered to be a great miracle that occurred.

In modern times, we light the menorah to commemorate the miracle of the oil. For eight nights, we kindle light on a modern menorah, which is usually made with candles instead of oil. Menorahs come in every shape and size, from traditional to artsy to creative and fun. So why not make one out of cupcakes?

This post will walk you through how to make a Cupcake Menorah for Hanukkah! It includes printable Hanukkah cupcake wrappers and step-by-step photos. You can make it using any cupcake recipe and white frosting. You have two decorative holiday cupcake wrappers to choose from, one a geometric design, the other a kid-friendly graphic. They were both designed by my friend Brenda at Secret Agent Josephine:

This is a great holiday project for kids and families, and a fun way to introduce the Hanukkah story to youngsters. The best part is, when the candles burn out, you can eat the cupcakes… yum!

Want to learn more about the holiday? This Hanukkah Holiday Guide will help! 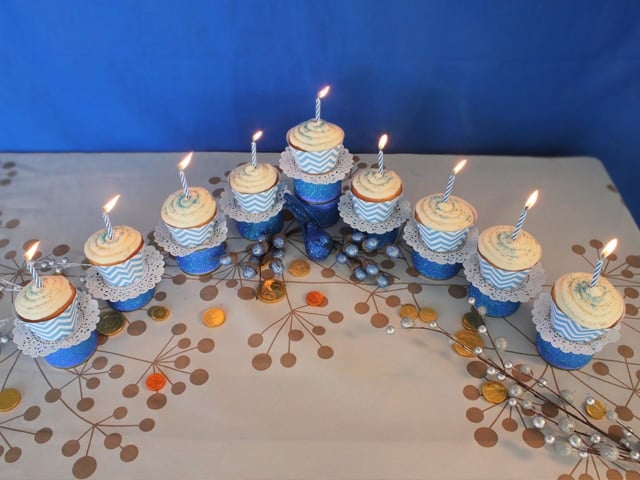 How to Make a Cupcake Menorah

To learn more about the Jewish holiday of Hanukkah, click here.