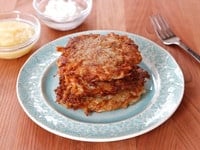 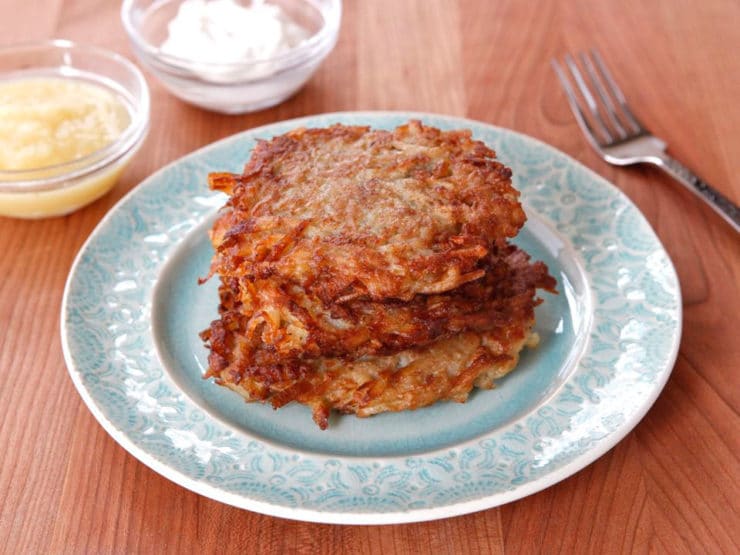 I met Michelle Chiklis from Carpool, Couture and Cocktails years ago, back when my stepdaughter was starting first grade at a local Jewish elementary school. I say years ago, even though it feels like yesterday… how time flies! Michelle’s younger daughter and my stepdaughter became friends on the first day of school, and they’ve remained close throughout the years. I was so happy when I found out that Michelle started a lifestyle blog. She is one of those people who has an innate talent for pulling together a gorgeous outfit. If only I could say the same! I love checking out her creative fashion ideas for inspiration. She also blogs about her life here in Southern California with her husband, actor Michael Chiklis, their two beautiful daughters Autumn and Odessa, and their “canine kids” Ruby and Lola. Speaking of Lola, I just have to share this adorable pic of Michelle and her pug: 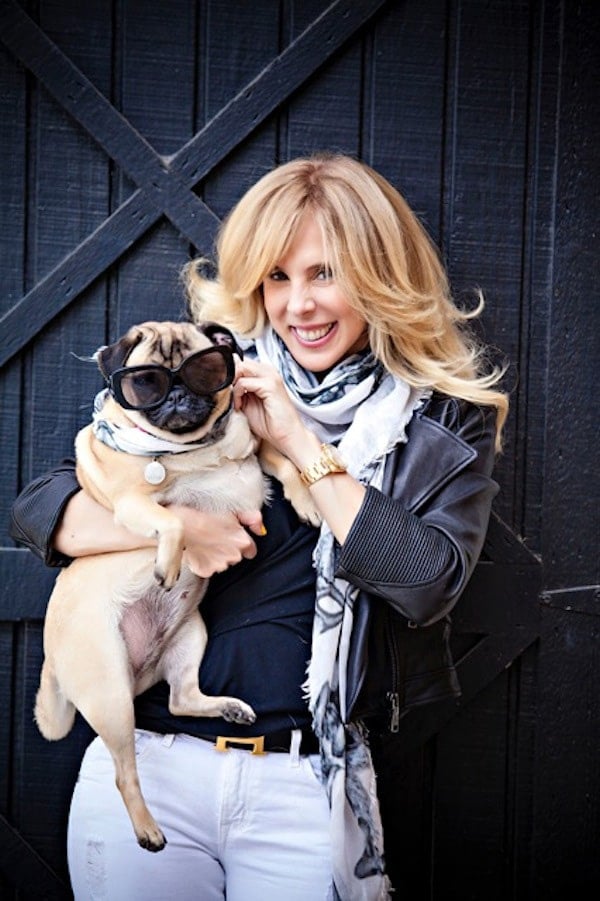 Now that’s a fashionable pair if ever I saw one!

Michelle has a Jewish family background, and potato latkes are part of her Passover tradition. While traditionally a Hanukkah food, latkes made with matzo meal also make a great addition to the Passover table. Here is how Michelle’s family makes them. If you’re wondering what kind of potatoes to use, Idaho Potatoes would make a great choice– they’re starchy and perfect for making crisp, delicious latkes. They’re also our official Passover Potluck sponsor; by supporting them, you’ll be supporting our Potluck and all of these terrific recipes!  ~ Tori

Passover always falls during Spring break, so I never know where in the world I’ll be. I have hosted dinners at my own house, celebrated at my mother’s place in Miami and have even spent a few Passovers on the beach in Hawaii.  No matter what part of the globe I’m in, my family always gets together and celebrates the Passover holiday – a tradition that started in my grandma Lee’s kitchen. Atlantic or Pacific, I always bring my Nanny Lee’s Potato Latke recipe.  It may not be a traditional Passover food, but with our matzo meal recipe, it has become our family Passover tradition!

Learn more about Michelle by following her blog, Carpool, Couture and Cocktails. She can also be found on Facebook and Twitter.

Recipe for crispy fried potato and onion latkes made with matzo meal from Michelle Chiklis at Carpool, Couture and Cocktails. Kosher for Passover.

Nutrition Facts
Passover Potato Latkes
Amount Per Serving
Calories 137 Calories from Fat 63
% Daily Value*
Fat 7g11%
Saturated Fat 1g6%
Cholesterol 41mg14%
Sodium 25mg1%
Potassium 424mg12%
Carbohydrates 14g5%
Fiber 2g8%
Protein 4g8%
Vitamin A 60IU1%
Vitamin C 11.7mg14%
Calcium 37mg4%
Iron 3.4mg19%
* Percent Daily Values are based on a 2000 calorie diet.
Nutritional information should be considered an estimate only; please consult a registered dietician, nutritionist, or your physician for specific health-related questions. Read more here. Please note that the recipe above is published using a recipe card plugin, with preexisting software which can auto-calculate metric measurements, as well as change the number of servings. Metric conversions and changes to the number of servings (resulting in different ingredient amounts) will only appear in the ingredient list, and are not changed within the step-by-step directions of the recipe.