Who Is Betty Crocker? 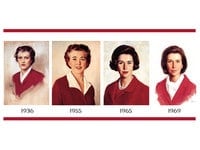 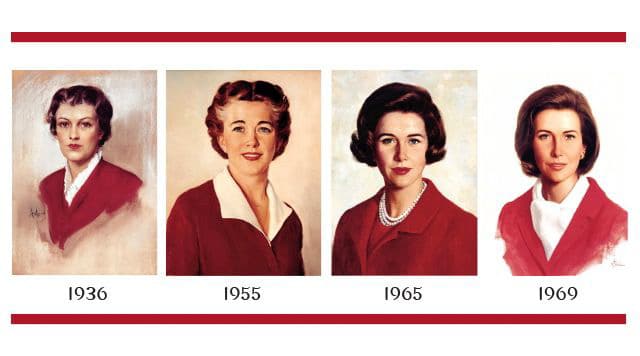 Before Betty Crocker was synonymous with boxed cake mix and canned frosting, she was a “kitchen confidante,” a maternal and guiding presence in kitchens across America. She was the “Dear Abby” of cooking, a woman people could trust with their most frustrating kitchen woes. She had answers to the questions that plagued so many home cooks—questions like, “Why won’t my cake rise?” or “Do you have a great recipe for blueberry pie?” or “How can I make my pancakes fluffy?” Betty was there to answer all of these questions and more. She encouraged women to get in the kitchen and try something new. Home cooks could take comfort in the fact that when problems arose, Betty would be there to help them along the way.

Surprising, then, that Betty Crocker isn’t actually a real person. She is the brainchild of an advertising campaign developed by the Washburn-Crosby Company, a flour milling company started in the late 1800’s that eventually became General Mills. Gold Medal Flour, a product of Washburn-Crosby, helped to kick-start Betty’s career. She was “born” in 1921, when an ad for Gold Medal Flour was placed in the Saturday Evening Post. The ad featured a puzzle of a quaint main street scene. Contestants were encouraged to complete the puzzle and send it in for the prize of a pincushion in the shape of a sack of Gold Medal Flour. The response was overwhelming; around 30,000 completed puzzles flooded the Washburn-Crosby offices. Many of the completed puzzles were accompanied by letters filled with baking questions and concerns, something the Washburn-Crosby Company hadn’t anticipated. Previously, the company’s small advertising department had dealt with customer mail and questions. The department manager, Samuel Gale, and his all-male staff would consult the women of the Gold Medal Home Service staff with customers’ baking and cooking questions. Gale never felt completely comfortable signing his name to this advice, as he suspected that women would rather hear from other women who knew their way around a kitchen. The pile of questions pouring in from the puzzle contest reinforced the need for a female cooking authority, somebody who could gracefully answer any kitchen questions that customers might have. The department’s answer to this issue was to invent a female chief of correspondence, a fictitious woman they named “Betty Crocker.”

The last name, Crocker, came from the recently retired director of Washburn-Crosby, William G. Crocker. Betty was chosen as a first name for its wholesome, cheerful sound. Samuel Gale asked the female employees of Washburn-Crosby to submit what they thought should be used as Betty Crocker’s personal signature. The winning signature was penned by a secretary named Florence Lindeberg. Her Betty Crocker signature was used at the closing of each response to all letters regarding baking, cooking and domestic advice.

In 1924, Betty went from signing letters to having a real voice when Washburn-Crosby began airing a cooking radio show, the Betty Crocker Cooking School of the Air, first on Minneapolis radio station WCCO and then nationwide. The first voice of Betty Crocker belonged to a home economist named Marjorie Child Husted, the writer and host of the show. In 1951, Washburn-Crosby put a face to the name and the voice when they hired actress Adelaide Hawley to act as Betty on television. Hawley was the first of many women to play the Betty Crocker role. 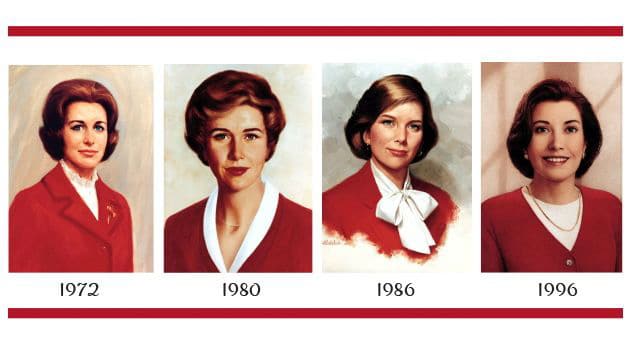 The face of Betty Crocker in print ads and on product labels has been depicted by various artists since the 1920s. In 1936, Neysa McMein created the first official portrait of Betty, a composite painting that blended the facial features of the female staff in Washburn-Crosby’s home service department. This portrait of Betty would be used for over 20 years; it was especially fitting, considering the women of Washburn-Crosby collectively had a hand in Betty’s success. Since 1955, Betty’s image has been updated seven times. In 1965, she was drawn with a slight resemblance to former First Lady Jackie Kennedy. Despite the periodic changes, she never appeared to age much…in fact, a woman’s magazine pointed out that she seemed to remain an “ageless 32.” For her 75th anniversary in 1996, painter John Stuart Ingle gave her an olive skin tone that could belong to a wide range of ethnicities. Ingle created this version of Betty by digitally morphing photographs of 75 women that General Mills felt embodied “the characteristics of Betty Crocker.”

Betty Crocker’s first namesake grocery item was a soup mix, which became available in 1941. Her famous cake mix appeared on store shelves in 1947, and the bestselling Betty Crocker’s Picture Cook Book was published in 1950. It is still being sold today, millions of copies later, under the title The Betty Crocker Cookbook. In an effort to keep Betty current, she also has a website that features recipes, advice, gifts and more. The current red signature Betty Crocker spoon logo was first used on products in 1954. Today, we can find Betty Crocker pamphlet-style cookbooks in grocery checkout lanes across the country.

It is safe to say that Betty Crocker has become more than just a household name. In 1945, Fortune magazine declared her the second most popular woman in America, the first being Eleanor Roosevelt. Betty Crocker products are now sold worldwide… and it all started with a puzzle and a pincushion.

Nutritional information should be considered an estimate only; please consult a registered dietician, nutritionist, or your physician for specific health-related questions. Read more here. Please note that the recipe above is published using a recipe card plugin, with preexisting software which can auto-calculate metric measurements, as well as change the number of servings. Metric conversions and changes to the number of servings (resulting in different ingredient amounts) will only appear in the ingredient list, and are not changed within the step-by-step directions of the recipe.
62 shares
How to Infuse Vodka with Flavor PREVIOUS