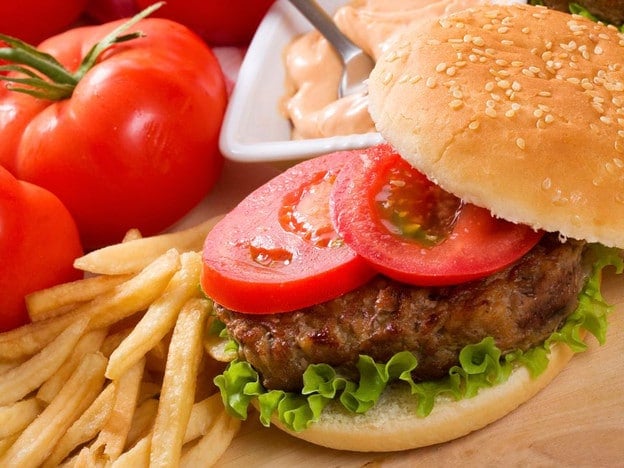 A soft, toasted bun… crisp, cool lettuce… sweet, vine-ripened tomatoes… and in the middle of it all, a juicy seasoned beef patty. Widely hailed as “America’s favorite food,” the history of the hamburger is filled with mythology. Many folks have claimed they were the first to place a ground beef patty between two slices of white bread. Who wouldn’t want to be responsible for inventing such a beloved American treat? Sadly, we don’t know who the true burger originator is. However, we do know a lot about how this classic sandwich gained a foothold in America, where billions are eaten each and every year.

A common misconception is that the first hamburger was created in Hamburg, Germany. While the inspiration for the hamburger came from Hamburg, the sandwich concept was invented much later. During the 19th century, Hamburg became famous for their beef, from cows raised in the regional countryside. Hamburg beef was commonly chopped, seasoned and molded into patties. Since refrigeration was not yet available, fresh beef like this had to be cooked immediately. Hamburg beef came with a hefty price tag outside of its native land, and was often substituted with less expensive varieties of beef. 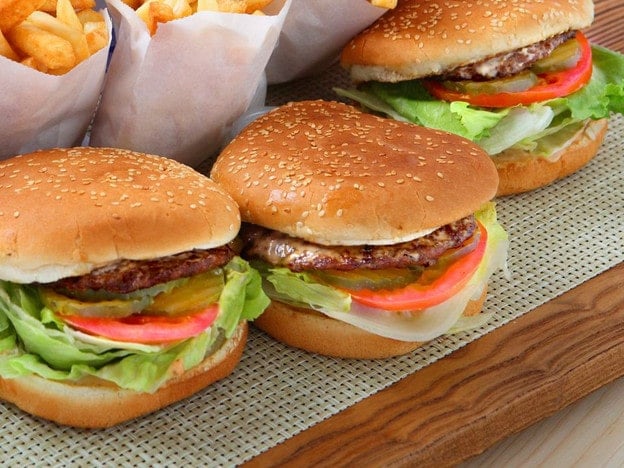 When groups of German immigrants began arriving in America during the 19th century, many earned their livelihood by opening restaurants in large cities like Chicago and New York. It wasn’t long before many of their menus featured an Americanized version of the Hamburg steak– beef that was minced or chopped and combined with garlic, onions, salt and pepper, then grilled or fried. In 1837, New York’s Delmonico’s restaurant offered a Hamburg steak on its first menu. At 10 cents it was the most expensive item, twice the cost of pork chops, veal cutlets and roast beef. A German restaurant at Philadelphia’s Centennial Exposition in 1876 served Hamburg steaks to thousands of customers. Afterwards the dish was in high demand, and could be found in non-German restaurants and in cookbooks like Mrs. Lincoln’s Boston Cook Book, published in 1884:

“Hamburgh Steak. – Pound a slice of round steak enough to break the fibre. Fry two or three onions, minced fine, in butter until slightly browned. Spread the onions over the meat, fold the ends of the meat together, and pound again, to keep the onions in the middle. Broil two or three minutes. Spread with butter, salt and pepper.” 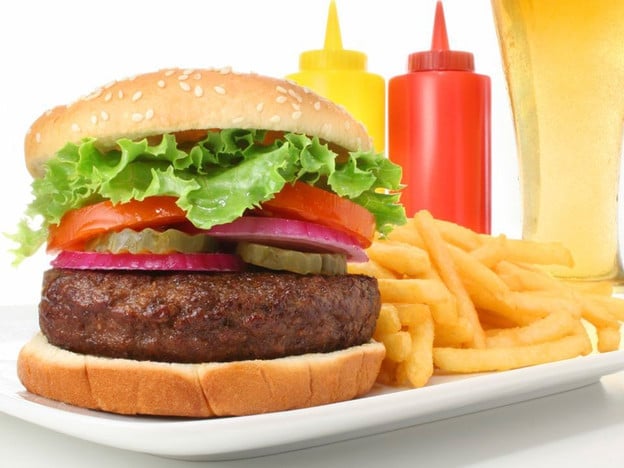 This is where Hamburg, Germany’s link to America’s classic hamburger ends. The difference between Hamburg steaks and hamburgers as we know them today is, quite simply, the bun. Two simple pieces of bread launched the Hamburg steak into nationwide popularity in the mid 1800’s, when many Americans found industrial jobs in factories. When steam powered factories began operating through the night hours, food carts offering coffee and small food items were often parked outside. Hungry workers would order food through a window and eat quickly before heading back inside to work. A few years later, when food carts came equipped with gas grills, Hamburg steaks started showing up on their menus. While well-liked by customers, the Hamburg steak proved difficult to eat while standing. Placing the patty between two slices of bread solved this problem, and the hamburger sandwich was born. Who was the first to serve the Hamburg steak as a sandwich? The details have been lost to history. Whoever it was, looking back it might be considered a stroke of culinary genius. By the turn of the century, the hamburger was already considered an American classic.

In 1921, Billy Ingram and Walter Anderson opened the first fast food hamburger establishment, White Castle, in Wichita, Kansas. Their main offering was a small 5-cent hamburger, which they encouraged customers to purchase “by the sack.” At that time, in part because of Upton Sinclair’s novel The Jungle, many Americans were concerned with the sanitary practices of the meat industry. White Castle addressed the fears of their customers by furnishing their clean, white-decorated restaurants with stainless steel countertops that could be easily wiped down. Their hamburger meat was ground in plain sight, ensuring patrons that they were paying for a quality meal. Around the same time hamburgers became a popular menu item at roadside diners and soda shops, where they were often served alongside french fries and milkshakes. 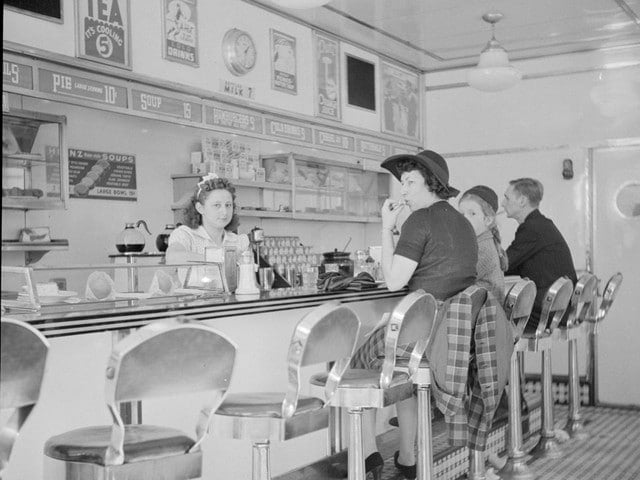 The hamburger continued to grow in popularity throughout the following decades, only suffering with the food shortages and meat rationing of World War II. During the war, American soldiers brought hamburgers overseas with them. They were easy to make and helped to cure some of the homesickness felt by the troops. When the McDonald brothers opened their Burger Bar Drive-In in San Bernardino, California in the 1940s, the hamburger made its official debut in the suburbs. By that late 1950s, McDonald’s had sold over 100 million hamburgers. Today, they sell over 75 hamburgers per second!

Today hamburgers can be found in nearly every part of the world. Over time the concept has evolved, and meat patties are decorated with an endless variety of creative, tasty toppings. The meat patties themselves have been replaced with healthier options, including black bean, turkey and salmon burgers (though one might argue that these do not really qualify as burgers in the traditional sense). Fast food establishments have also become more adventurous with their “hamburger” patties. At MOS burger in Japan you can order a rice burger, and McDonald’s in India developed a McAloo Tikki Burger made from fried potatoes and peas topped with tomatoes, onions and spicy condiments, to satisfy the dietary restrictions and taste preferences of their Hindu diners. 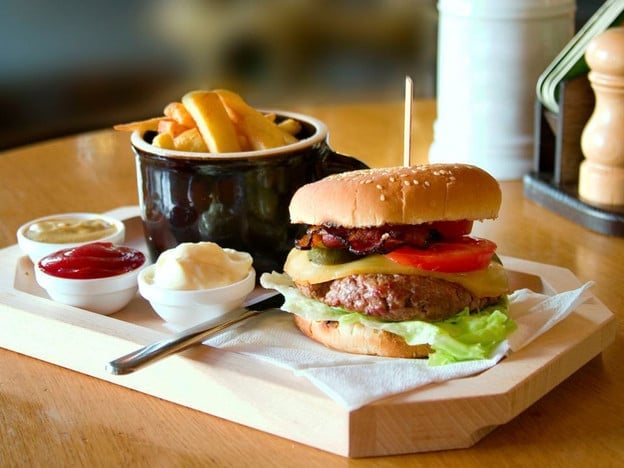 Throughout the years, hamburgers have endeared themselves to a variety of food lovers. Restaurants across the country compete for who can create the biggest hamburger, and culinarians write books devoted to cross-country road trips in search of the very best burger. You can find hamburgers in tiny hole-in-the-wall diners and on the menus of Michelin-starred restaurants. In 2005, Las Vegas restaurant Fleur de Lys outdid themselves by creating a $5,000 hamburger served with champagne. Seems a bit silly to me, but it does prove the widespread appeal of this simple and tasty sandwich. Even now they continue to evolve. Next, it appears that burgers will be grown in test tubes. I shudder to think.

What’s your favorite way to eat a hamburger? 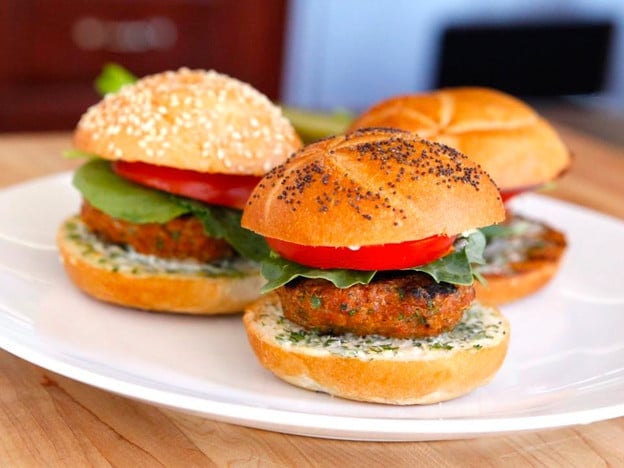 Ozersky, Josh (2008). The Hamburger: A History. Yale University Press, US. 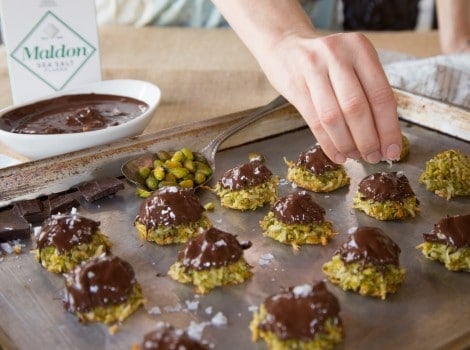