The History of the Sandwich 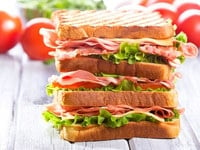 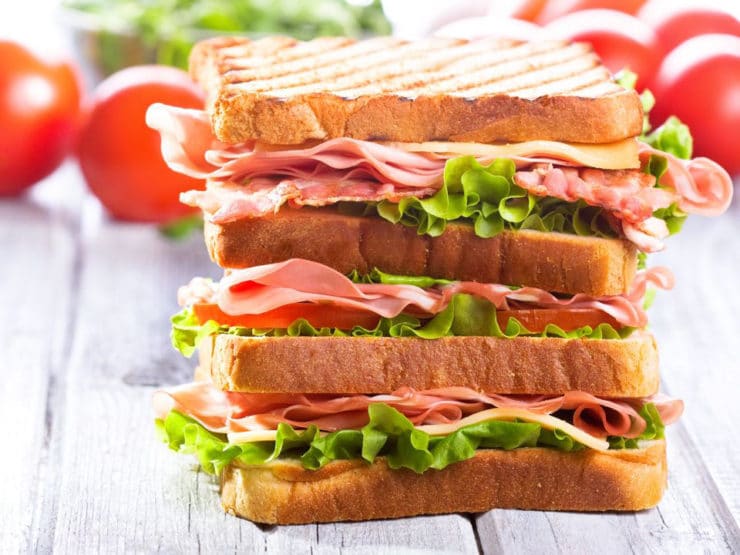 You know you’ve got a favorite one. The one that makes your stomach growl just looking at it. The one that you’d like to sink your teeth into. Maybe it’s a hot pastrami on rye with spicy mustard, or perhaps a grilled cheese is more your style. Or maybe you can’t resist a French Dip with tender, juicy meat on a French roll… yeah, THAT one. Americans eat close to 200 sandwiches per year on average, so chances are you have a favorite of your own. Whatever sandwich happens to float your boat, the basic components are bound to be the same. The Oxford English Dictionary defines a sandwich as “an item of food consisting of two pieces of bread with a filling between them, eaten as a light meal.” Seems like a simple enough concept. So, who came up with this innovative way of serving food? While I’m sure the Earl of Sandwich would like all the credit, the true history of the sandwich goes back much further.

Most of us have heard of the fourth Earl of Sandwich, otherwise known as John Montagu. In the late 1700’s, French writer Pierre-Jean Grosley recounted his observations of English life in a book called Londres (translated to English under the name A Tour to London). In the book, a few lines were written that forever tied this food invention to the Earl of Sandwich:

A minister of state passed four and twenty hours at a public gaming-table, so absorpt in play, that, during the whole time, he had no subsistence but a piece of beef, between two slices of toasted bread, which he eat without ever quitting the game. This new dish grew highly in vogue, during my residence in London; it was called by the name of the minister who invented it.

While it is not clear if this anecdote is completely true, the book gained popularity and the story took hold. Soon the name was official—when you ate two pieces of bread with something in the middle, you were eating a “sandwich.” 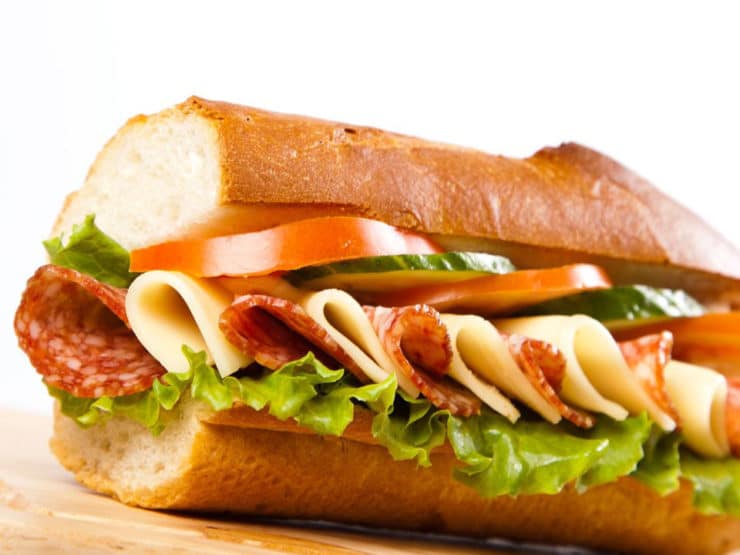 Edward Gibbon, author of The History of the Decline and Fall of the Roman Empire, is credited with being the first person to write down the word “sandwich” using its modern culinary context. On November 24, 1762, he wrote in his journal:

That respectable body, of which I have the honour of being a member, affords every evening a sight truly English. Twenty or thirty, perhaps, of the first men in the kingdom, in point of fashion and fortune, supping at little tables covered with a napkin, in the middle of a coffee-room, upon a bit of cold meat, or a sandwich, and drinking a glass of punch.

During the time this journal entry was written, Gibbon was First Lord of the Admiralty. The Earl of Sandwich, Montagu, was entrenched in London’s social scene. It’s possible that Montagu introduced the sandwich concept to his high society London friends, including Gibbon, who helped it to gain quick notoriety. In 1773, the word sandwich was used in a recipe for the first time, in Charlotte Mason’s cookbook, titled… now, stay with me here… The Lady’s assistant for regulating and supplying her table: Being a Complete System of Cookery, Containing One Hundred and Fifty Select Bills of Fare. That’s the condensed version of the title, if you can believe it. 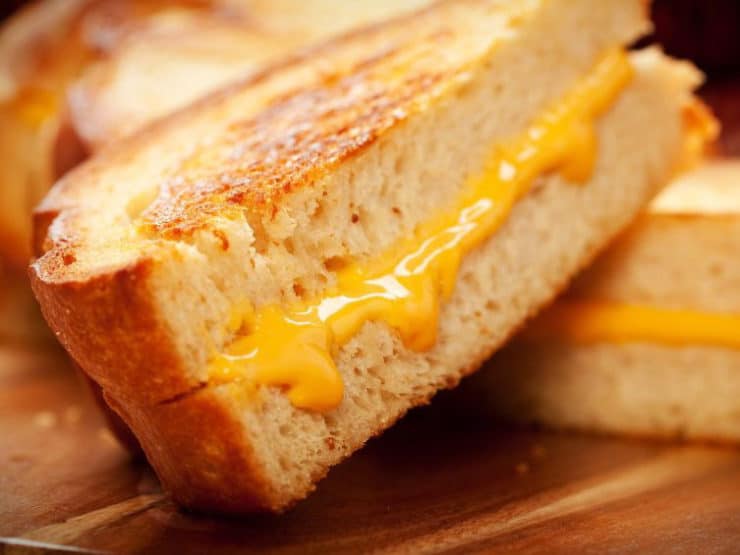 Though the Earl of Sandwich (or, perhaps, his cook) deserves credit for helping sandwiches gain a name and popularity, variations of the concept have been around for centuries. It’s difficult to pinpoint exactly when or where they first appeared. Farm laborers in rural France had been eating meat between sliced bread long before it had a name, though the sandwich likely started even earlier than that. The earliest recognizable form of a sandwich may be the Korech or “Hillel sandwich” that is eaten during Jewish Passover. Hillel the Elder (born circa 110 BCE), a Jewish leader and rabbi who lived in Jerusalem during the time of King Herod, first suggested eating bitter herbs inside unleavened matzo bread. The herbs symbolized the bitterness of slavery, and the bread resembled the flatbreads made in haste by the ancient Israelites as they fled Egypt. Hillel’s simple recommendation of sandwiching the two foods together may indicate that this was already a popular way of serving food in the Middle East.

Sandwiches first appeared in American cookbooks in 1816. The fillings were no longer limited to cold meat, as recipes called for a variety of things, including cheese, fruit, shellfish, nuts and mushrooms. The years following the Civil War saw an increase in sandwich consumption, and they could be found anywhere from high-class luncheons to the taverns of the working class. By the end of the 19th century, sandwiches earned new names for their many different forms, like the triple-layered “club sandwich” and the corned beef “Reuben.” 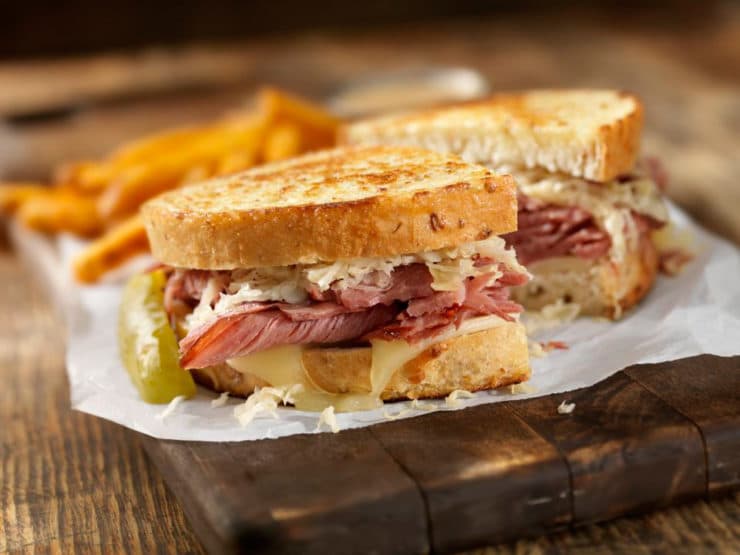 In the late 1920s, when Gustav Papendick invented a way to slice and package bread, sandwiches found a new audience. Mothers could easily assemble a sandwich without the need to slice their bread, and children could safely make their own lunches without the use of a knife. The portability and ease of sandwiches caught on with families, and the sandwich became a lunchroom staple. 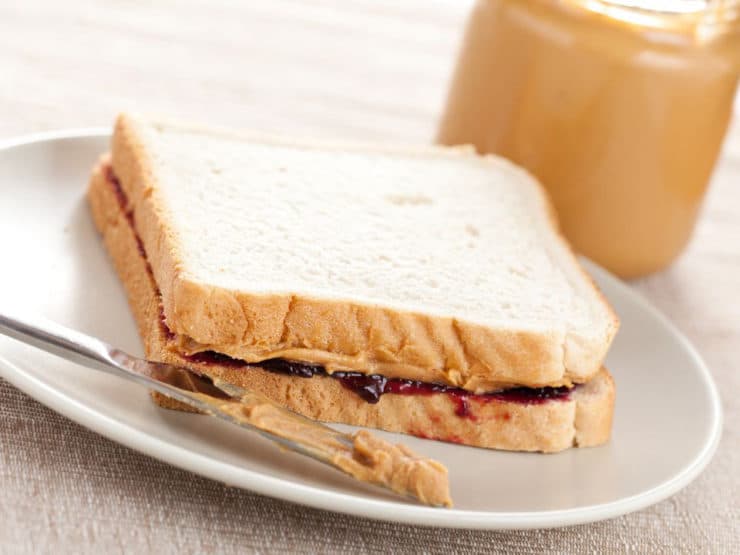 Sandwiches are now popular all over the world, and it seems like every region has their own take on the concept. In Cuba, restaurants serve ham and cheese on Cuban bread. In the Middle East, falafel or shawarma in a pita pocket is the fast food of choice. In France, a Croque Monsieur or Croque Madame can be found in most cafes. In Italy, bread is toasted and placed in a hot metal press to make panini sandwiches. Vietnamese immigrants to the U.S. brought bánh mì with them. New Orleans celebrates the po’ boy. In New York, pastrami on rye is king, though the Reuben takes a close second. In Philadelphia, it’s all about the cheesesteak. Sandwiches come in endless varieties, making them one of the most popular foods worldwide.

So come on, fess up! What’s your favorite type of sandwich?

Nutritional information should be considered an estimate only; please consult a registered dietician, nutritionist, or your physician for specific health-related questions. Read more here. Please note that the recipe above is published using a recipe card plugin, with preexisting software which can auto-calculate metric measurements, as well as change the number of servings. Metric conversions and changes to the number of servings (resulting in different ingredient amounts) will only appear in the ingredient list, and are not changed within the step-by-step directions of the recipe.
62 shares
Chicken Chickpea Stew PREVIOUS