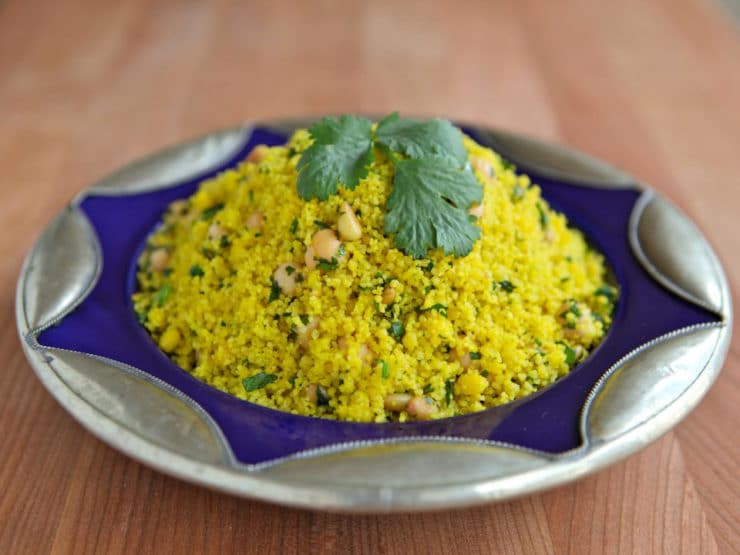 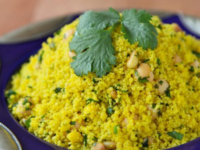 My grandparents were two of my very best friends. I was blessed to have them in my life for almost three decades. Now that they’re gone, their spirit inspires my cooking in unexpected ways.

Grandma and Grandpa Avey were married on February 1, 1934, and they celebrated 73 wedding anniversaries together. They were married during the Great Depression, which meant that frugality was the top priority. Grandma sewed her own wedding dress– a simple frock, with a big beautiful bow on the front and flowers around the waist. 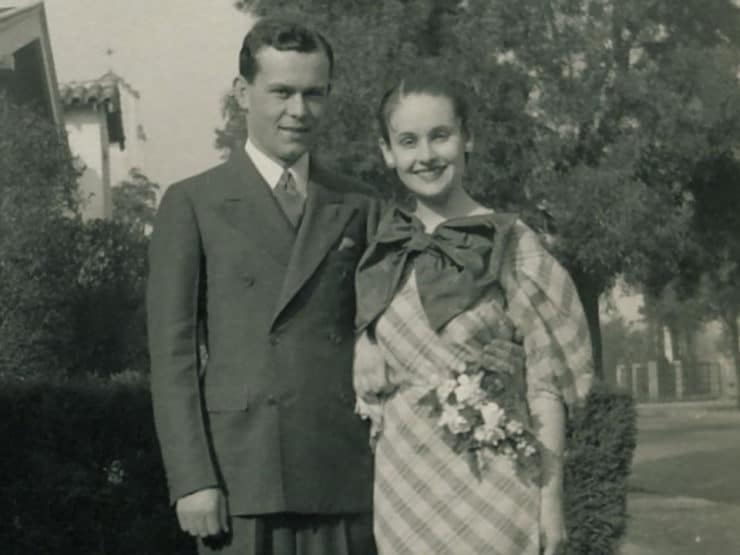 My grandparents on their wedding day, February 1, 1934

My grandma Lois was a very creative woman. She loved to paint and knit and sew. She played piano and loved the classical composers… Mozart, Chopin, Beethoven, Bach. Grandpa Clarence was a history buff, he was like a walking encyclopedia. World history was his favorite, particularly classical and ancient history. He could tell you anything you wanted to know about Ancient Rome and Greece, early Christianity, Medieval Europe, the Crusades and the Renaissance. When you see me exploring the history of food on my website, you have my grandpa to thank. He helped me catch the “history bug” when I was just a little girl.

Growing up, I was lucky to be able to visit my grandparents on a regular basis. They were like another set of parents to me. My grandpa used to tell me I was the “daughter they never had.” They had raised three sons before my grandpa retired. My dad was the youngest son of the three, and I am his only child. When I was born, my grandparents moved to be closer to us, and they became a major part of my childhood. Being with them was like a vacation… I looked forward to sleeping over at their house a few times a month. Grandma and I would paint, play piano, and sew, then Grandpa would take me out to the garden to pull weeds and pick fresh tomatoes. After dinner they would tell me stories and show me slides from their world travels. Their favorite thing to do was see the distant countries that my grandpa had read so much about. 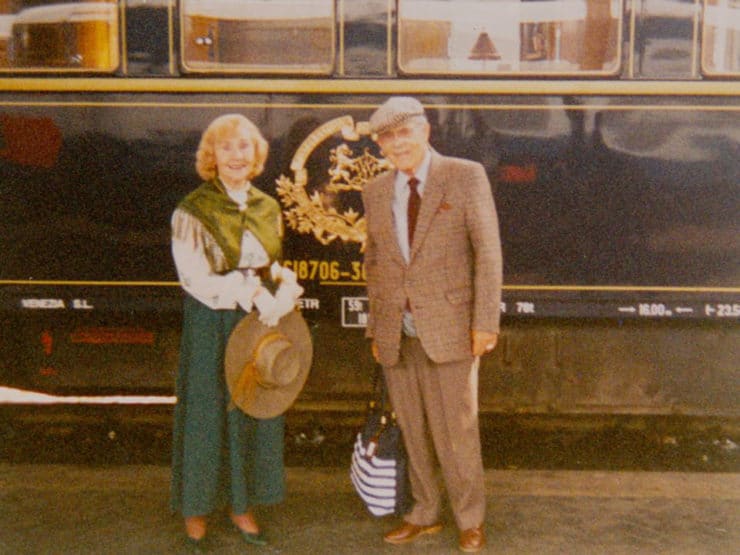 Grandma and Grandpa Avey take a trip on the Orient Express, 1996

My grandparents were frugal in most areas of their life, saving their money so they could travel all over the globe. They didn’t just stick to the normal touristy places… London, Paris, Rome… they ventured into areas that most people only dream about. Egypt, Israel, Morocco, India, Nepal, Hungary, Turkey, Denmark, Switzerland, Austria, Hong Kong, Thailand, Singapore, Japan… and these are just the countries that immediately come to mind. I’m sure there were many others. For six years in the 1970’s, they lived in Spain in a house called “Playa de Aro.” They used it as a home base for exploring Europe in a VW camper bus. They moved back to the U.S. before I was born, and built a replica of their Spanish adobe in the mountains above Santa Cruz, CA. But they continued to travel, going on at least one trip per year. Every time my grandparents left the country, they would bring me back a doll from the exotic places they visited. By the time I was 12 my collection was very large indeed. 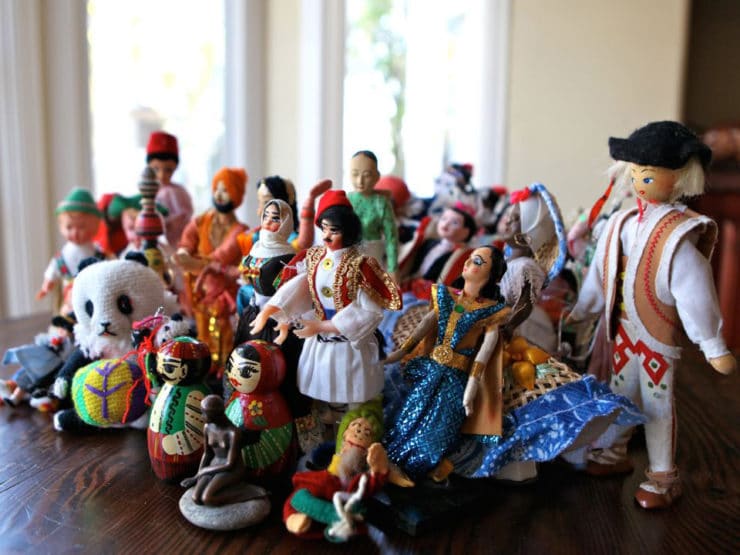 Part of my international doll collection

At age 13, it was my turn. My grandparents took me and my cousin Mark on a tour of Europe, just as they had with all of their children and grandchildren. You see, Grandma and Grandpa loved exploring the world. They wanted more than anything to share that passion with the people they loved. 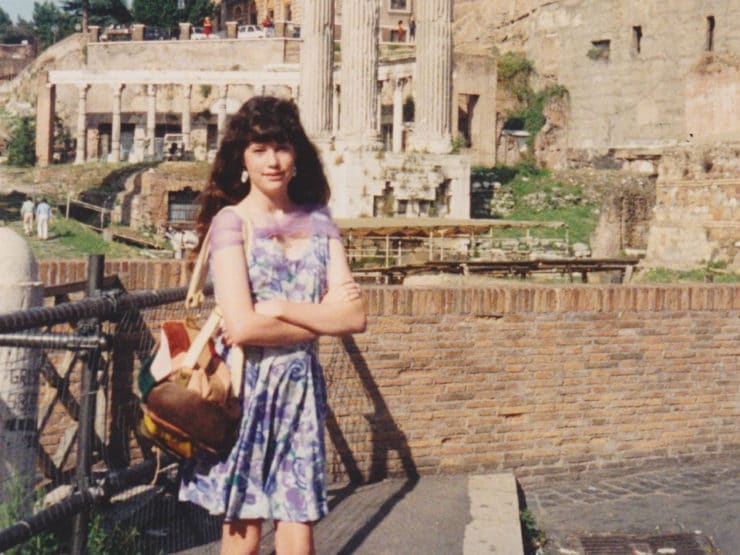 My trip to Europe with Grandma and Grandpa, 1992

My grandma knew how to cook, but it wasn’t her favorite pastime. One thing I do remember about my grandma’s cooking was her love of couscous. When I was a kid, couscous was pretty uncommon here in the U.S. My grandparents had tried it on a trip to Morocco, and they fell in love with the delicate texture. My grandma liked serving it as an alternative to rice or potatoes. In our California countryside community, she had to travel to a special health food store to find the instant couscous that has become so common in today’s grocery stores. She was ahead of her time. 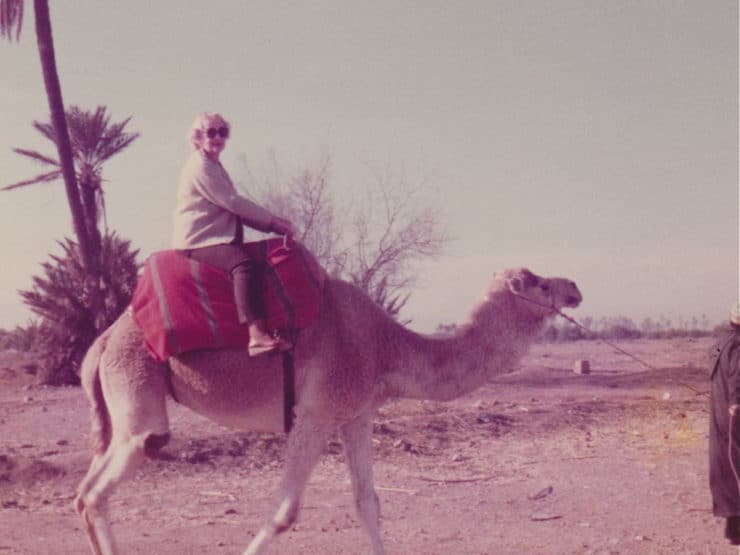 When I created this couscous dish a couple of years ago, I found myself thinking about my grandma. The dish seems like a reflection of her spirit. The bright yellow of the saffron was her favorite color. The lemon essence is bright and cheerful, just like her personality. The pine nuts remind me of the pine-covered ranch where she raised my dad and his brothers in Northern California. And that touch of cayenne is the spice that made her special. She was classy, kind, beautiful, and smart as a whip– just like my grandpa. They were two peas in a perfect, predestined pod… the definition of soul mates. 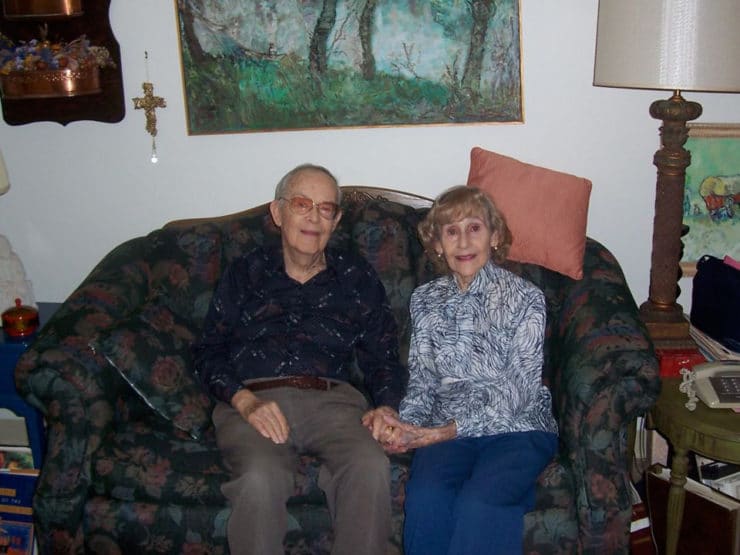 Grandma and Grandpa on their 70th wedding anniversary

I like to serve this couscous on a blue glass plate. My grandma collected blue glass. Everything about this dish reminds me of her.

Today is their wedding anniversary. Happy Anniversary, Grandma and Grandpa Avey. I miss you every day. 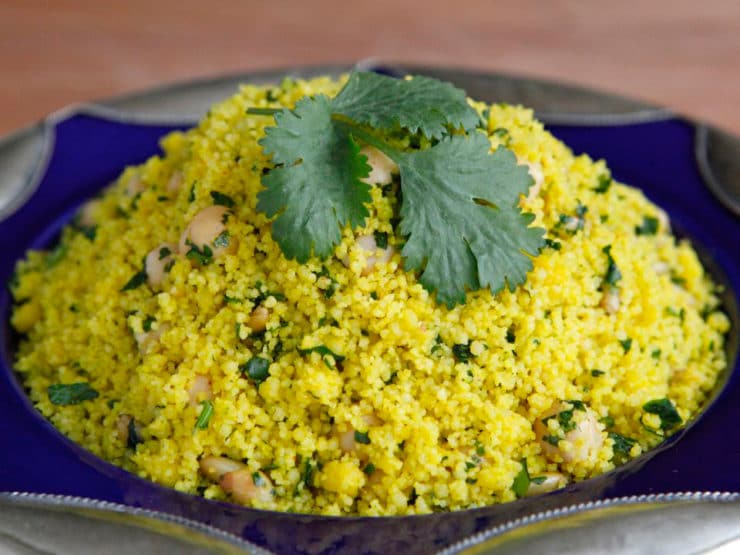 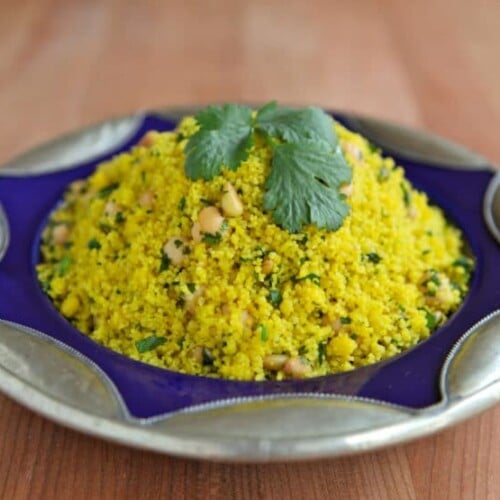 Nutritional information should be considered an estimate only; please consult a registered dietician, nutritionist, or your physician for specific health-related questions. Read more here. Please note that the recipe above is published using a recipe card plugin, with preexisting software which can auto-calculate metric measurements, as well as change the number of servings. Metric conversions and changes to the number of servings (resulting in different ingredient amounts) will only appear in the ingredient list, and are not changed within the step-by-step directions of the recipe.
575 shares
Persian Dill and Lima Bean Rice PREVIOUS