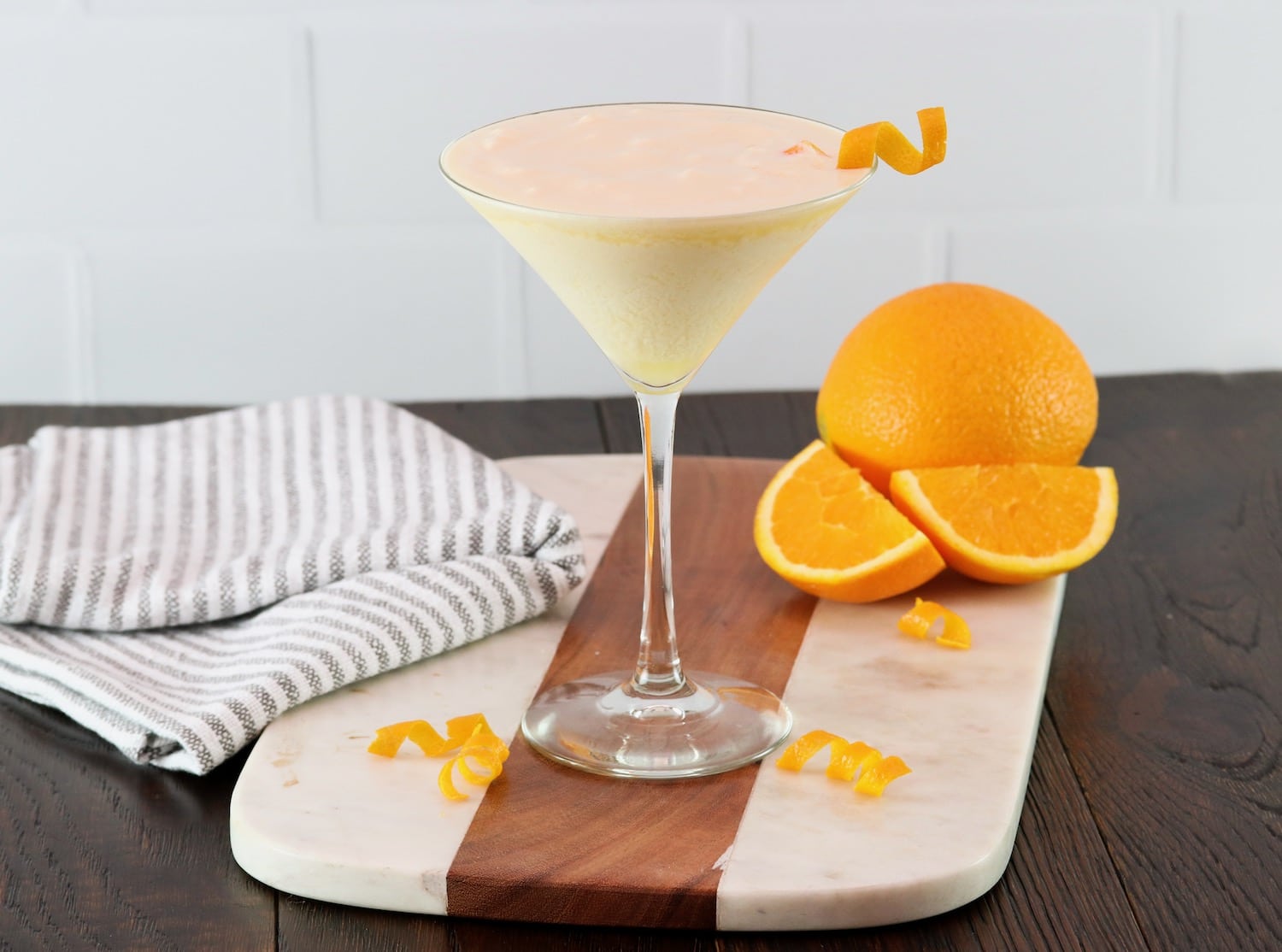 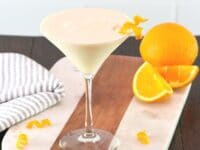 This orange creamsicle cocktail has the most delicious flavor. It couldn’t be easier to make! Imagine an ice cream cocktail that tastes just like an orange popsicle with creamy vanilla ice cream inside. It’s a dessert and a cocktail, all in one!

The flavor of an orange creamsicle brings me back to my childhood. There is something irresistible about the combination of citrus and vanilla ice cream. Indeed, orange creamsicles are sometimes called “dreamsicles”– and I can see why! They’re dreamy. In this delectable ice cream cocktail, orange juice and vanilla ice cream blend together with citrus vodka to create a frosty, boozy treat.

History of the Orange Creamsicle

This orange creamsicle cocktail is a modern take on a classic dessert. The beloved orange creamsicle is a close cousin of the popsicle, which was invented in 1905 by an enterprising kid named Frank Epperson. Born in San Francisco in 1894, Epperson made a huge impact on our dessert culture. At just 11 years old, he mistakenly left a sweet fruity soda concoction on his front porch. The soda had a stirring stick inside. It was a chilly night. Consequently, the next morning, he found the sweet soda had frozen around the stick.

Later, in 1923, Epperson patented his creation, which he dubbed the “eppsicle.” Once Epperson became a father, his children started calling his sweet treat a “popsicle.” That name stuck around, and continues to delight dessert lovers today. Epperson also inspired many variations on the original popsicle theme, including the concept of freezing fruit juice around vanilla ice cream – or as we know it, the “creamsicle.”

While orange creamsicles have been around for over a century, oranges have been with us since antiquity. Botanists believe that the citrus tree dates back over 20 million years, to a time when Asia was joined with Australia. A Chinese document from AD 1178 lists 27 different varieties of citrus fruits, including mandarin oranges and kumquats. They were introduced to North America just after Christopher Columbus’ first journey to the New World.

From the 1500s onward, citrus spread rapidly throughout the Americas. Now the states of Florida and California are home to our largest citrus industries. Consequently, thanks to their efforts, our markets are teeming with sweet and luscious winter oranges right now! Sounds like a great excuse to enjoy a citrus-inspired orange creamsicle cocktail, don’t you think?

How to Make an Orange Creamsicle Cocktail

There are many ways to approach an orange creamsicle cocktail. Some use vanilla vodka or citrus liqueur, like Cointreau. Others use heavy whipping cream to capture the “creamy” flavor. I’ve tried many variations through the years, but they all left me underwhelmed.

Therefore, in my version of the orange creamsicle cocktail, I simplify things by sticking to the original creamsicle ingredients — vanilla ice cream and orange juice. Add a splash of vanilla vodka (or citrus vodka) and ice, then whip it together in the blender. This ice cream cocktail truly tastes like an orange creamsicle, and it couldn’t be easier to make.

So go ahead. Indulge the kid inside of you with a scrumptious orange creamsicle cocktail! 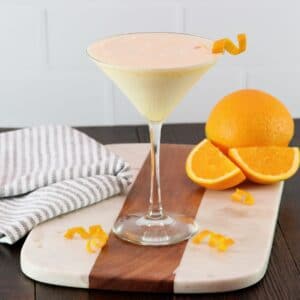 Nutritional information should be considered an estimate only; please consult a registered dietician, nutritionist, or your physician for specific health-related questions. Read more here. Please note that the recipe above is published using a recipe card plugin, with preexisting software which can auto-calculate metric measurements, as well as change the number of servings. Metric conversions and changes to the number of servings (resulting in different ingredient amounts) will only appear in the ingredient list, and are not changed within the step-by-step directions of the recipe.
270 shares
Kosher Cocktails for Purim PREVIOUS