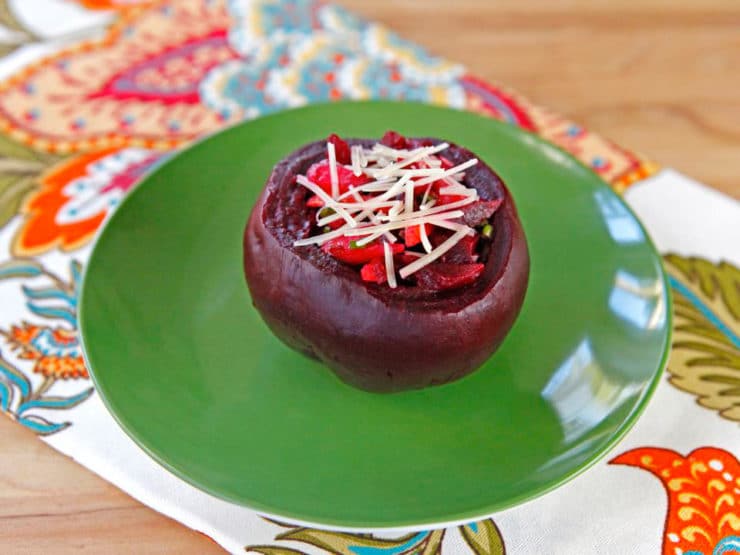 An interview with Richard Simmons and his healthy, creative recipe for Beet Bowl Salad. Easy vegan modification.
219 shares
4 from 1 vote
Jump to Recipe Email Me Recipes 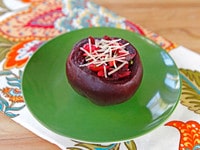 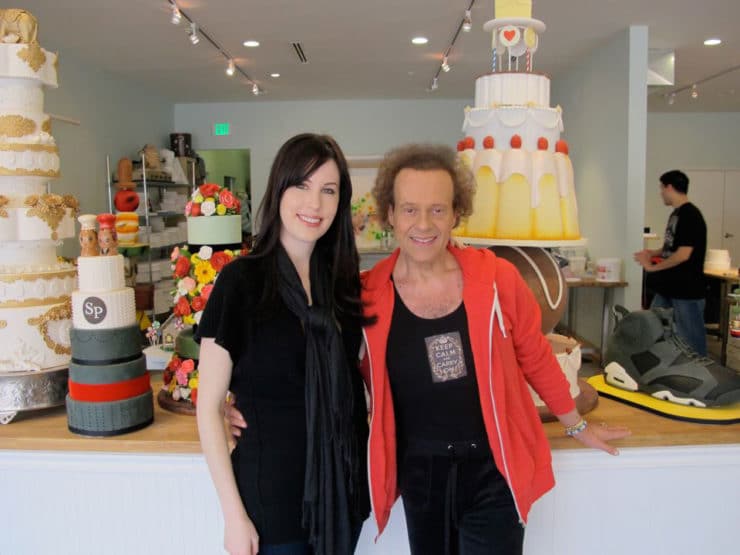 Living in Los Angeles has all kinds of perks… great weather, beautiful beaches, and the possibility that when you’re out and about, you might just run into Richard Simmons. I’ve been a fan of Richard’s for years. When I was in elementary school, my mom would work out to his VHS cassettes. Remember “Sweatin’ to the Oldies”? Good times! Richard has a kind and generous spirit. He’s made it his life’s mission to inspire people who are struggling with their weight. Richard spends a large part of his day coaching and mentoring people online at his official website.

A few days ago, I stopped by Duff’s Cakemix to take some pictures for another interview with Duff Goldman. While there I ran into Richard, who was ordering a cake for his assistant’s daughter’s birthday. I met Richard last month when I attended one of his exercise classes at Slimmons Studio in Beverly Hills. During that class he gave me a new nickname– “Snow White.” Richard was kind enough to sit down with me at Duff’s Cakemix for a quick interview. He also shared a super creative and yummy recipe for a Beet Bowl Salad, which I’ve posted below.

So you’re into healthy cooking. Obviously.

Yeah, but you know what? I believe in treats. Every Saturday I have a dessert. It could be a piece of coconut cream pie from Du-Par’s.  It could be a chocolate éclair from Beverlywood Bakery that’s been there for 80 years. So every Saturday it’s a dessert. I don’t eat the whole thing, but I enjoy it. You know, I’m 138 pounds and I burn off a lot of calories. I burn about 4,000 a day.

Who taught you how to cook?

My mother and father, they were both great cooks. Being from New Orleans, the food is so great there. So my father knew the chef at Antoine’s. My mother was a waitress at Brennan’s. They would swap recipes for Eggs Benedict and Bananas Foster and of course the famous fish that was cooked in parchment. It was a lot of fried food. Everything was fried there.

Wow, you grew up with some great, colorful cooking influences.

Yeah, but I was 200 pounds in the 8th grade so how great were the influences?

Good point. So how is the food you cook now different than what you grew up with?

Well, I don’t fry anything. I use a lot of fruits and vegetables. A lot of people are afraid to combine them. But I like combining beets and clementines, or bell peppers and kiwis and strawberries.

Do you entertain a lot at home?

No. I have a lot of work to do. I’m up at 3:30 in the morning answering emails, and I go to bed at around 11. Say my prayers, count my blessings and ask God for another day.

Richard always makes me smile. He sparkles with positive energy. Here is his recipe for Beet Bowl Salad. It’s just as yummy as I imagined it would be. I love it when something so simple and natural tastes so good. Enjoy in good health! 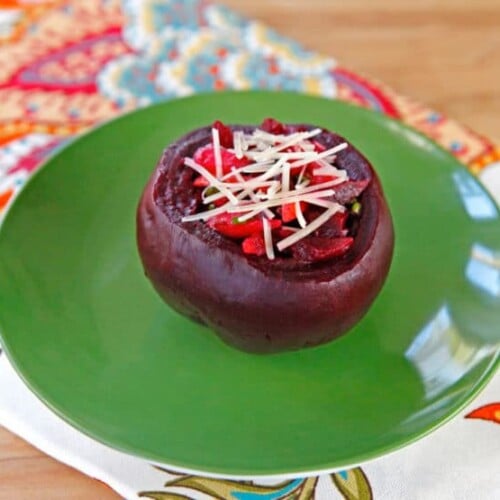 Nutritional information should be considered an estimate only; please consult a registered dietician, nutritionist, or your physician for specific health-related questions. Read more here. Please note that the recipe above is published using a recipe card plugin, with preexisting software which can auto-calculate metric measurements, as well as change the number of servings. Metric conversions and changes to the number of servings (resulting in different ingredient amounts) will only appear in the ingredient list, and are not changed within the step-by-step directions of the recipe.
219 shares
Bubaleh PREVIOUS