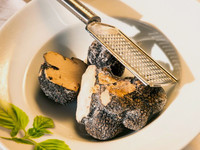 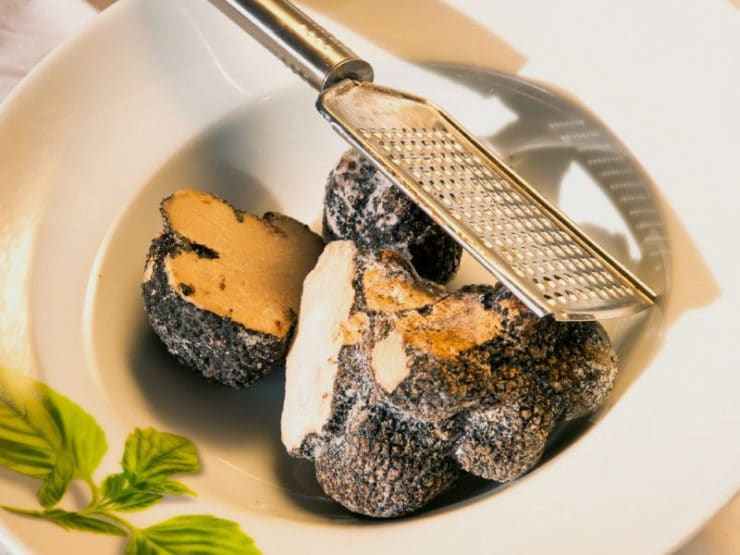 On Sunday I watched a story on 60 Minutes about the most expensive food in the world– truffles. They talked about how European white truffles can sell for up to $3,600 per pound. Due to the increasing scarcity of European truffles and inflated prices, a black market has emerged around the truffle trade.

People love truffles. They are considered the ultimate foodie’s treat. Restaurants pay exorbitant amounts to stock them. A few shavings to top your meal can cost hundreds of dollars in France. They’re said to possess aphrodisiac qualities. Here in the U.S., food lovers are willing to spend $150 on a gourmet “truffle burger.”

Quite honestly? I don’t get it.

I didn’t even know what a truffle was until about 10 years ago. If somebody said the word truffle, I thought of a rich chocolate bonbon, not a fungus. It wasn’t until after college, when I ate at my first “super fancy restaurant,” that I learned what all the fuss is about. I saw the price of a truffle pasta dish and nearly choked on my breadstick. These rare mushrooms are worth their weight in gold.

I just can’t seem to jump on the bandwagon. I’ve tried truffles a few times, mostly at gourmet tasting events when my husband’s not around. He can’t stand the smell of them, so I never order them when we go out. He’s not a picky eater by any means, but truffles are on his “yuck” list, so I usually avoid them on his behalf. They’re super expensive, and I don’t particularly love them, so it’s no big loss on my part. Though it may shock many “gourmands” to read this, I’m not a big fan. They have an interesting flavor, but if somebody told me I’d have to spend the rest of my life without a taste of truffle, I’d be just fine with that.

And yet, many food lovers swear about the intoxicating, flavorful power of the truffle. Just what is it about this mushroom that excites so many, and makes them willing to pay through the nose for a taste? I’m sure my friend Erika Kerekes will weigh in– she hosts a popular annual event called Trufflepalooza, where every dish (even dessert!) is made with truffles.

Watch this video from 60 Minutes and let me know what you think. Are truffles really worth all this fuss? Have you tried them? Maybe I’m in the minority here. How do you feel about truffles?