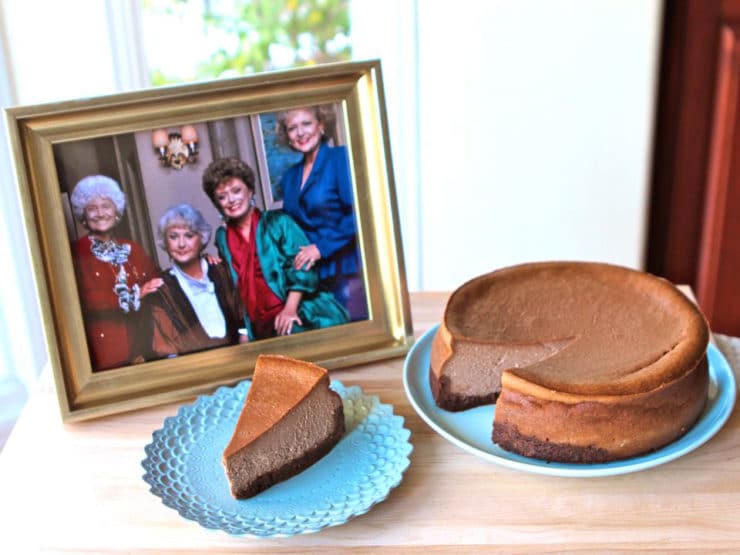 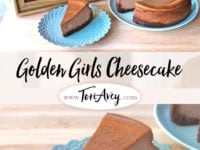 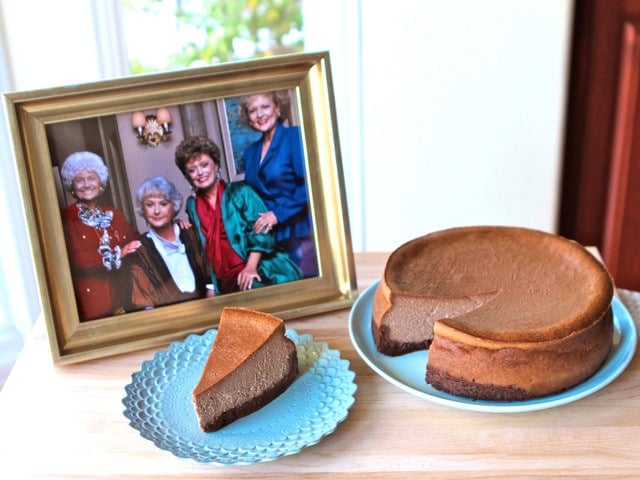 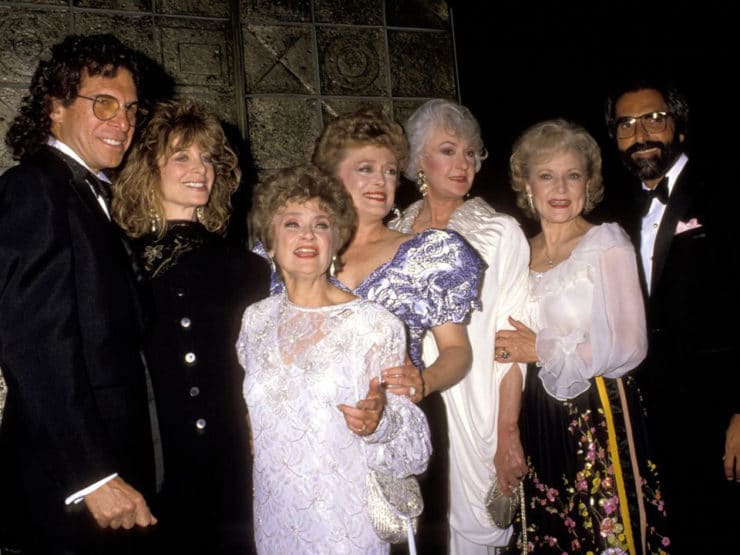 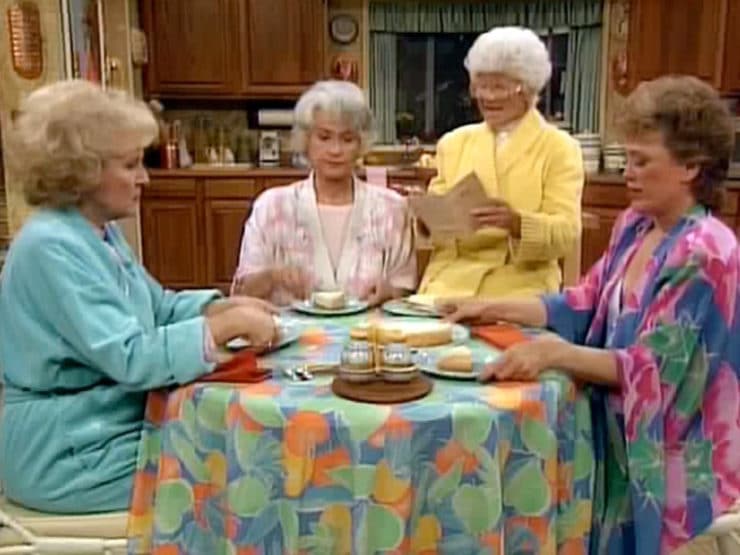 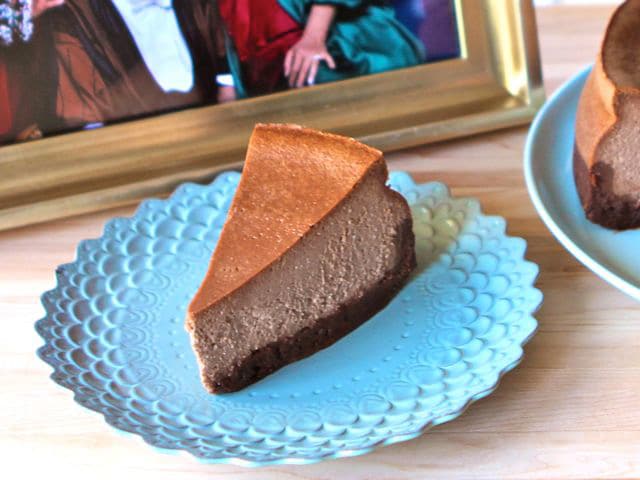 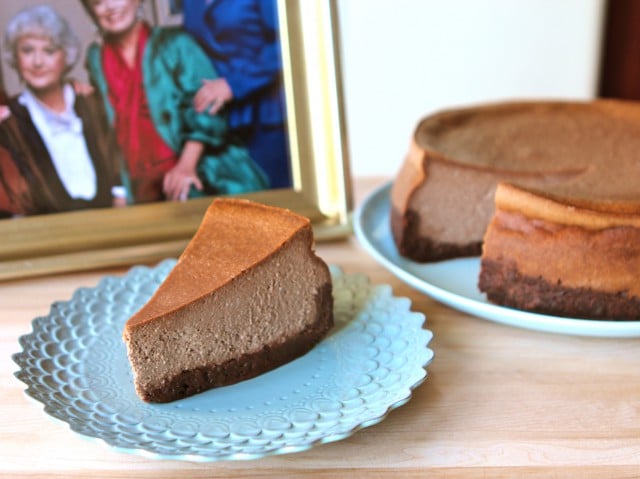 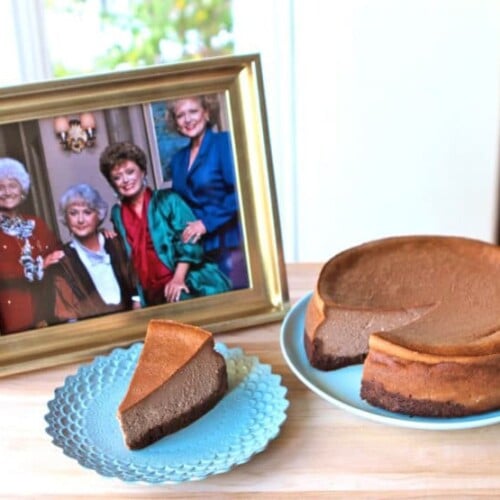 You will also need: Nonstick cooking oil spray, parchment paper, 9 to 10 inch springform pan, roasting pan, kettle or pot, foil and plastic wrap (if you want to make a bain marie) A few baking tips for this decadent, awesome cheesecake… Take everything out of the refrigerator a few hours before you preheat the oven, so the ingredients truly have a chance to come to room temperature before you begin. If the weather’s not too hot, I sometimes take the ingredients out of the fridge the night before so they’re at perfect room temperature in the morning when I start to bake.Cheesecakes are notorious for cracking. A cracked cake surface results from extreme temperature shifts during and after cooking. A bain marie (water bath) is the traditional way of regulating cake temperature; surrounding it in a water bath keeps the temperature more even, and the steamy environment it creates also helps the cake to cook more evenly. I don’t like fussing with the bain marie, though. No matter how tightly I wrap the base of the pan, a little water always seems to leak into the pan, making the bottom of the cake soggy. Luckily this cake is pretty stable, so you won’t really need a bain marie if you put a roasting pan of hot water in the oven with it– the steam won’t help regulate temperature, but it will create a nice moist environment that will help the cake cook more evenly. If you follow the instructions here carefully you should end up crack free. If you want to be extra cautious, go ahead and bake it in a bain marie. And remember, a cracked cake is not the end of the world– it will still taste delicious! Using full fat ingredients is also important. That’s the way Sophia Petrillo would have done it (especially if she was trying to gain that missing pound!), but it also helps keep the top of the cake from cracking. If you’re not worried about the way the cake looks, you can use lowfat cream cheese, sour cream and/or ricotta. It will taste okay, but I make no promises about how the cake will look.

Nutritional information should be considered an estimate only; please consult a registered dietician, nutritionist, or your physician for specific health-related questions. Read more here. Please note that the recipe above is published using a recipe card plugin, with preexisting software which can auto-calculate metric measurements, as well as change the number of servings. Metric conversions and changes to the number of servings (resulting in different ingredient amounts) will only appear in the ingredient list, and are not changed within the step-by-step directions of the recipe.
2.2K shares
The Great Truffle Debate PREVIOUS

Benjamin Franklin – A Founding Foodie NEXT