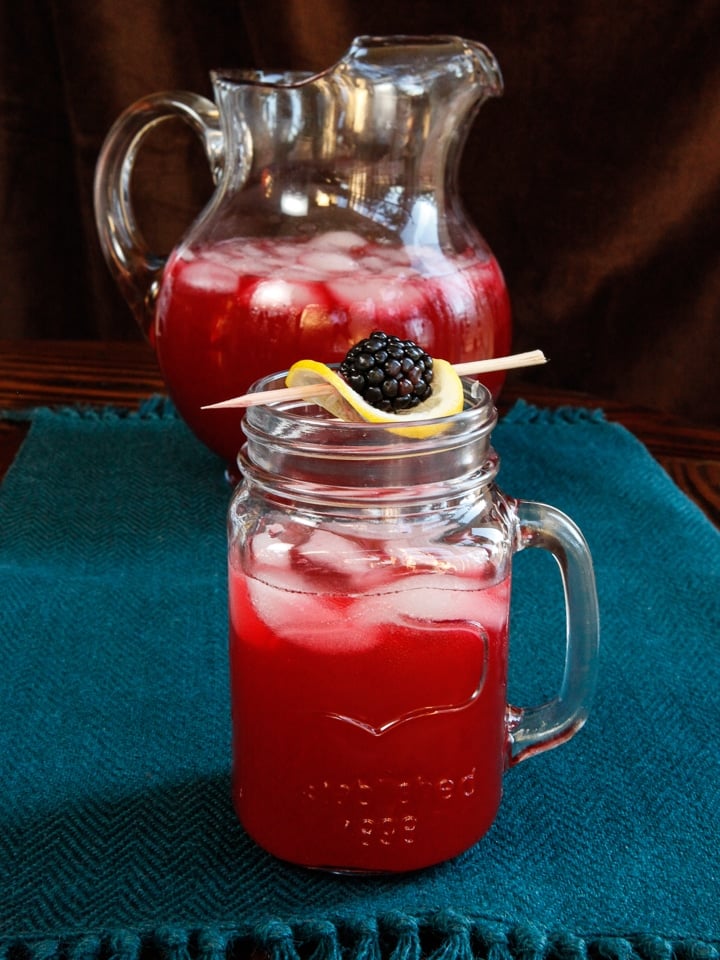 Bourbon is a style of whiskey unique to the United States. To legally be called bourbon, it must be made in the United States and contain at least 51 percent corn. For two years it is aged in new, charred oak barrels. During the late 1700s, this variety of whiskey made in Bourbon County, Kentucky was transported on flatboats throughout the South. Over time it became known as whiskey from Bourbon, then later as bourbon whiskey.

Bourbon was the drink of choice for Ulysses S. Grant, but whiskey-related corruption in his administration left a bad taste in the mouth of many Americans. A clandestine group of government officials and politicians conspired with whiskey distributors to tap millions of dollars in federal liquor taxes. Grant’s own secretary, General Orville E. Babcock, was involved in the scheme. He and others were eventually exposed by secret agents in a scandal that became known as the Whiskey Ring.

Like the Whiskey Ring, this sweet Bourbon Vanilla Blackberry Lemonade is infused with a hint of scandal. Both naughty and nice, it’s a refreshing and crisp drink best sipped on the porch on a lazy summer afternoon. Yes, it’s currently the middle of winter… a girl can dream! 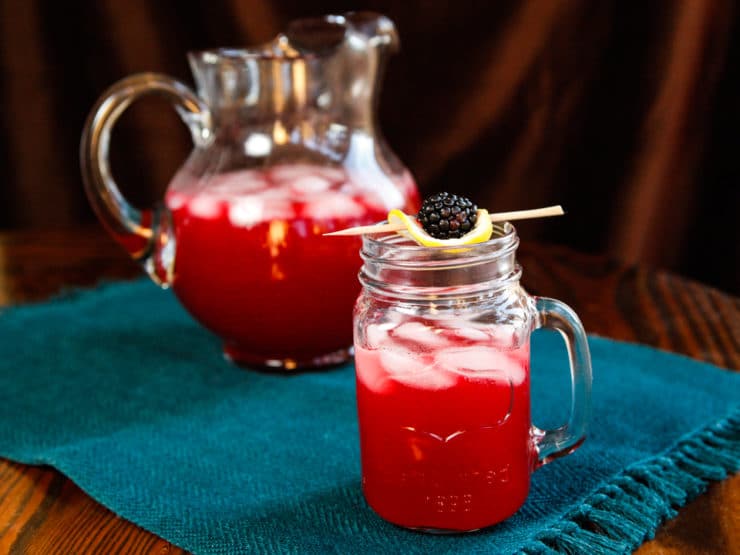 A drink as scandalous as the Whiskey Ring but sweet as a Southern sunset. Easy refreshing cocktail recipe.

Nutrition Facts
Blackberry Vanilla Bourbon Lemonade
Amount Per Serving
Calories 265
% Daily Value*
Sodium 6mg0%
Potassium 121mg3%
Carbohydrates 32g11%
Fiber 2g8%
Sugar 28g31%
Vitamin A 75IU2%
Vitamin C 31.2mg38%
Calcium 17mg2%
Iron 0.3mg2%
* Percent Daily Values are based on a 2000 calorie diet.
Nutritional information should be considered an estimate only; please consult a registered dietician, nutritionist, or your physician for specific health-related questions. Read more here. Please note that the recipe above is published using a recipe card plugin, with preexisting software which can auto-calculate metric measurements, as well as change the number of servings. Metric conversions and changes to the number of servings (resulting in different ingredient amounts) will only appear in the ingredient list, and are not changed within the step-by-step directions of the recipe.

Note: Cocktail can be made kosher using kosher-certified liquor and bottled beverages. I’ve only used liquors and ingredients that can be easily obtained with a kosher hechsher. For kosher-certified alcohol choices, check out the links below:

Brenda Ponnay, author of the Secret Agent Josephine blog, is a regular contributor to ToriAvey.com. Her craft blogs are kid and family friendly; each project END_OF_DOCUMENT_TOKEN_TO_BE_REPLACED