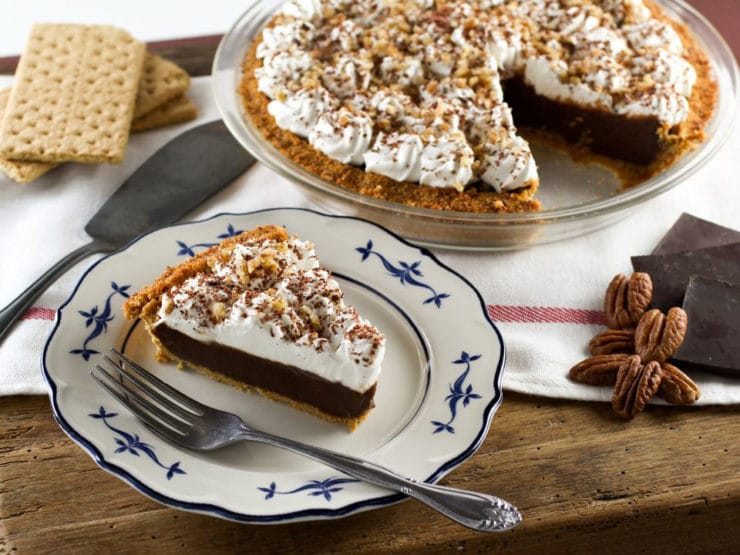 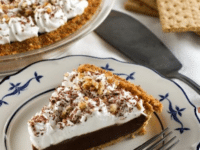 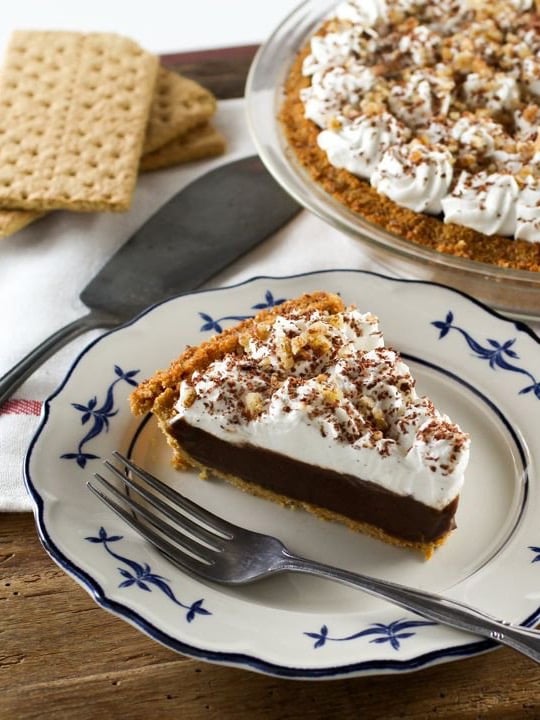 I love old cookbooks and cooking magazines; on weekends, I scour antique stores and flea markets looking for books that pique my interest. I’ve gathered quite a collection… some of my volumes date back to the early 1900’s. I can’t tell you why I choose certain books over others. Sometimes I pick based on the title, or the subject matter. Other times it’s the feeling I get holding the book in my hand—the smell of the old pages, the smudge of frosting the previous owner left as they cooked.

I have a particular fondness for old community cookbooks published by church groups, junior leagues, and civic groups. I actually read through them for fun, like novels. They make me feel connected to the people who wrote them– the families and housewives and volunteers who compiled them. But the best part is recreating the recipes. Sometimes they are a disaster, but more often than not I end up with a delightful dish that is also a slice of the past… like today’s recipe, Chocolate Icebox Pie. 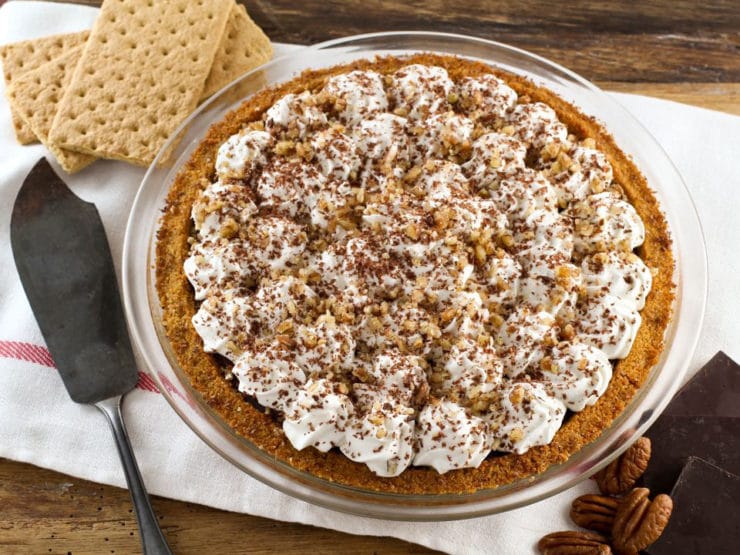 This Chocolate Icebox Pie comes from a cookbook called Recipes from Old Virginia. Published in 1958, the book was compiled by “The Virginia Federation of Home Demonstration Clubs.” According to the cookbook, this particular recipe was contributed by Mrs. Elwood Harris of Sussex County, Virginia.

The directions of this recipe were a bit sparse, and there was no crust or whipped cream recipe included, so I had to clarify things a bit. I chose the cream topping option because I had some heavy whipping cream in the fridge.

For the graham cracker crust, I chose a recipe from another cookbook published the same year, Good Housekeeping’s Party Pie Book (1958). It’s a baked crust, as opposed to the unbaked crust the Chocolate Icebox Pudding calls for. In my experience with custard pies, baked crumb crusts tend to hold up better and be less soggy than unbaked.

I followed the crust recipe closely, but found it a bit dry, so I added another tablespoon of butter and this made it the right consistency. I used the entire amount for the crust (rather than sprinkling some on top), but my pie dish is likely deeper than a 1950’s pie plate. The crust baked up beautifully, and really complimented the Chocolate Icebox Pie. Delicious!

For the whipped cream, I used a simple mixture of heavy whipping cream and sugar. Simple and scrumptious. As Julia Child said, “If you’re afraid of butter, use cream.” It proved to be the perfect topping to this luscious pie. 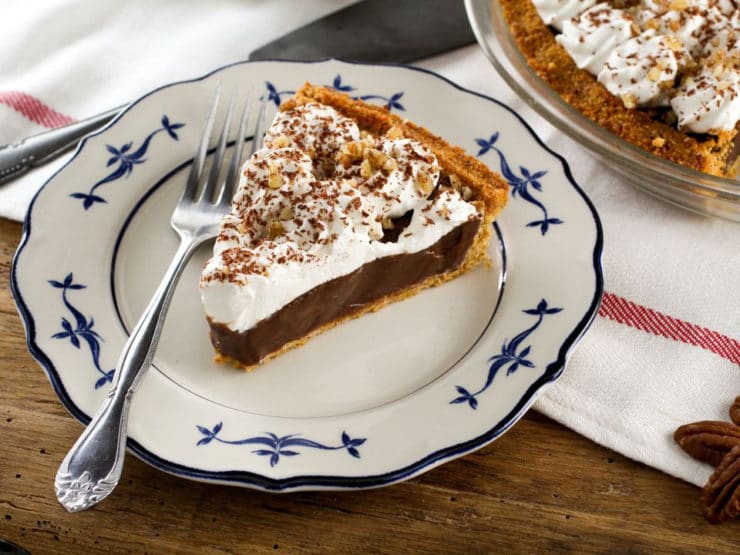 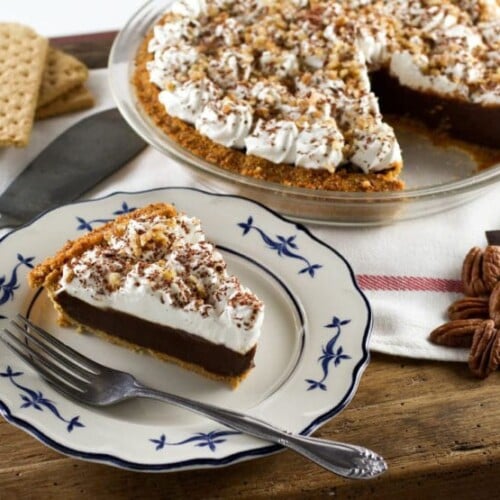 Nutritional information should be considered an estimate only; please consult a registered dietician, nutritionist, or your physician for specific health-related questions. Read more here. Please note that the recipe above is published using a recipe card plugin, with preexisting software which can auto-calculate metric measurements, as well as change the number of servings. Metric conversions and changes to the number of servings (resulting in different ingredient amounts) will only appear in the ingredient list, and are not changed within the step-by-step directions of the recipe.
1.2K shares
Helpful Kitchen Tips #5 PREVIOUS

The Old Fashioned Way: Clotted Cream and Scones NEXT