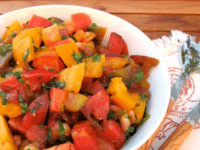 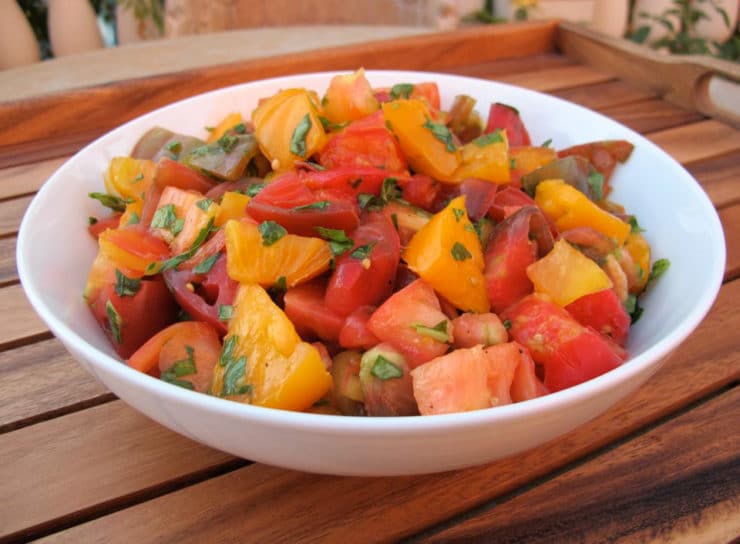 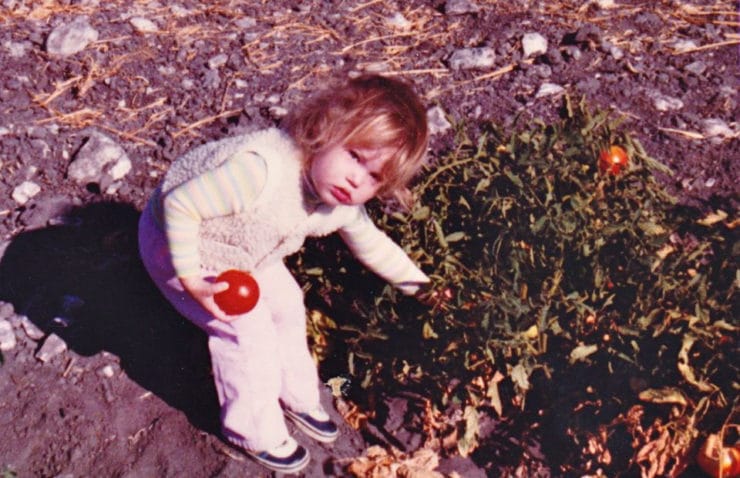 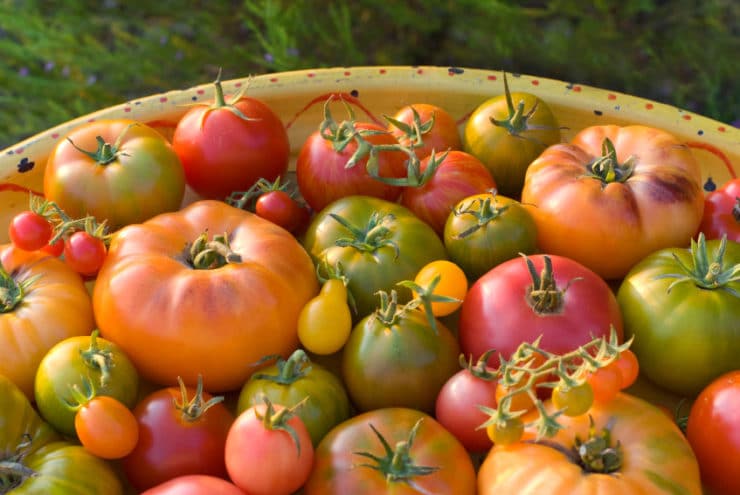 Experimenting with and cultivating heirlooms has been a popular passtime for centuries. Even Thomas Jefferson was a fan. Today, heirlooms are prized not only for their interesting colors and shapes, but for their natural genetic variation. In the past century, genetically modified seeds have been developed for commercial farms. Today, most vegetables are grown in large single-species crops from genetically modified seeds. Vegetable species are genetically altered to create specific traits– drought and frost resistance, tolerance of pesticides, and the ability to withstand long shipping periods. Flavor is often sacrificed in favor of other genetically desirable traits. You’ve probably experienced this yourself, if you’ve tasted a tomato from the grocery store that appeared ripe, and found it bland and not at all sweet.

Nutritional information should be considered an estimate only; please consult a registered dietician, nutritionist, or your physician for specific health-related questions. Read more here. Please note that the recipe above is published using a recipe card plugin, with preexisting software which can auto-calculate metric measurements, as well as change the number of servings. Metric conversions and changes to the number of servings (resulting in different ingredient amounts) will only appear in the ingredient list, and are not changed within the step-by-step directions of the recipe.
The History of Pie in America PREVIOUS