What Lewis and Clark Ate 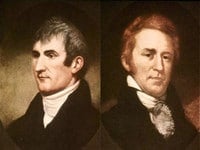 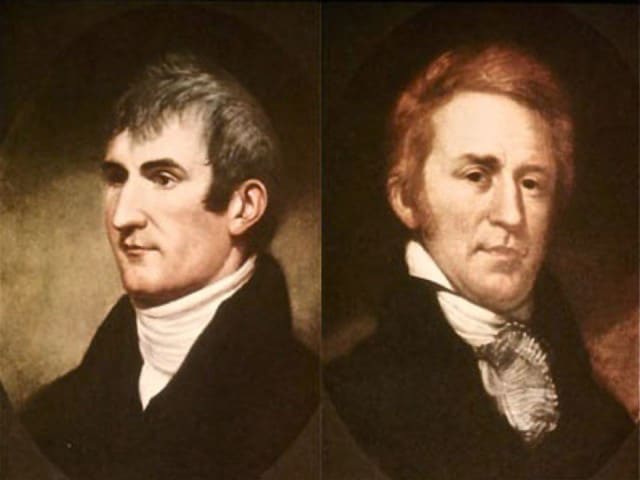 Captain Meriwether Lewis and Lieutenant William Clark, better known as Lewis and Clark, led one of the most famous expeditions in American history. Commissioned by President Thomas Jefferson, the Corps of Discovery Expedition was one of the earliest exploratory missions to the Pacific Coast. Though its primary purpose was to find a direct water route to the Pacific Ocean, President Jefferson also wanted the journey to focus on the economic usefulness of different regions, particularly in terms of plant and animal life. On May 14, 1804, along with 31 other men, Lewis and Clark set out to do exactly that. It was a long, treacherous trip by water and on foot across a vast unknown wilderness. Keeping the expedition members healthy and well-fed was obviously a pressing concern. This epic mission had a wild, strange and often surprising menu.

The trek began with training at Camp Dubois near Hartford, Illinois and ended at Fort Clatsop near what is now Astoria, Oregon. Traveling across this massive distance required a lot of preparations. Lewis and Clark had to think ahead and plan for times when wild game would be unavailable or in short supply. Their keelboat was stocked with nearly 7 tons of dry goods, including flour, salt, coffee, pork, meal, corn, sugar, beans and lard. About 93 lbs of portable soup, a concoction that was boiled until gelatinous and then left to dry until hard, was also brought along. This was hardly a favorite meal, but it saved the men from starvation on more than one occasion. 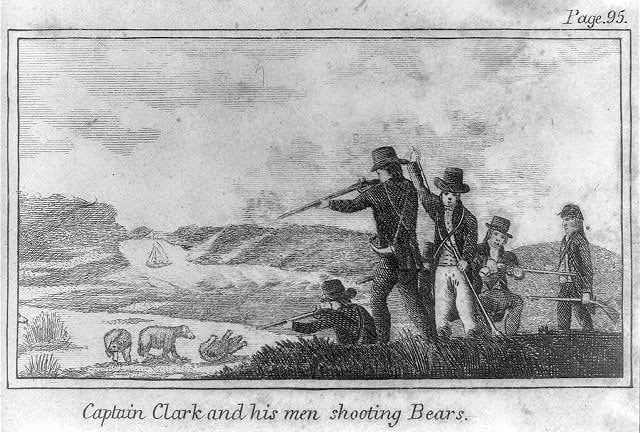 To understand how difficult and physically demanding the Corps of Discovery Expedition was, you need only look at the amount of food they consumed. On July 13, 1805, Clark wrote: “We eat an emensity of meat; it requires 4 deer, or an elk and a deer, or one buffaloe to supply us plentifully 24 hours.”  When wild game was plentiful, each man consumed up to 9 pounds of meat in one day. That’s a lot of protein! Meat was vital to their diet; it helped to fill their hungry bellies and gave them the strength required to pull canoes and carry heavy loads. The types of meat that were eaten also served as a reflection of the season, terrain and climate they encountered. Bison and deer were prominent during the crossing of the Great Plains, while salmon and a starchy tuber known as wapato kept them nourished as they entered territory west of the Rocky Mountains. Fish was eaten in abundance, a favorite being the eulachon, or candlefish, which Lewis claimed to be “superior to any fish” he had ever tasted. At Fort Clatsop, elk was in large supply. It was served boiled, dried and roasted for breakfast, lunch and dinner. At one point during their journey, Lewis, Clark and their fellow travelers extracted salt from seawater by way of evaporation through boiling. Salt was a flavor enhancer, but it was also essential in preserving meat. This was undoubtedly helpful in giving their perishable meat supply a longer shelf life. 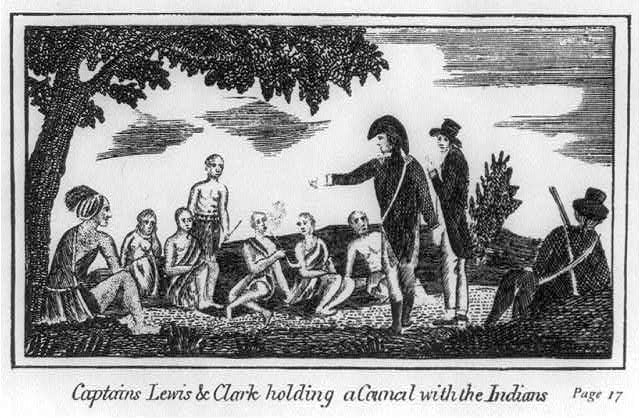 Captains Lewis and Clark holding a Council with the Indians. Source: Library of Congress.

The travelers replenished their food supply through hunting and gathering along the way. Tradable goods were brought along to use as gifts in exchange for help from Native American tribes. This proved to be a wise decision, and the Native Americans became an invaluable source when food was scarce. The Mandan tribe of North Dakota provided squash, beans and corn. The Chinook along Washington’s Columbia River gave them essential, energizing carbohydrates in the starchy wapato. When they reached their final destination at Fort Clatsop (near modern day Astoria, Oregon), the Clatsop tribe traded berries, wild licorice root and elk. As they passed through modern day North Dakota, French-Canadian fur trapper Toussaint Charbonneau joined the expedition with his wife Sacagawea, a young Native American woman from the Shoshone tribe. Sacagawea proved a valuable member of the team. She was able to identify edible plans and roots that the men had never seen before, including currants, wild licorice and wild onions.

The men took turns cooking meals. Oftentimes the available ingredients were new and unfamiliar, forcing the men to get creative. On June 5, 1805, their journals reveal that they had “burrowing squirrels” for dinner and found them “well flavored and tender.” At one point on the trail, Sacagawea’s husband, Toussaint Charbonneau, made a dish called boudin blanc. This sausage made from stuffed buffalo intestine impressed the hungry travelers. Periodically, Lewis rewarded his men with suet dumplings made from boiled buffalo meat. On August 14, 1805, in the midst of a food shortage, Lewis recalled a mixture of cooked flour and berries: “On this new-fashioned pudding four of us breakfasted, giving a pretty good allowance also to the chief who declared it the best thing he had tasted for a long time.” The dish sounds remarkably similar to a pandowdy or cobbler; an impressive culinary feat in the midst of a harsh trek through the wilderness. Forced into culinary creativity, members of the expedition foraged and hunted for a variety of new foods they had never tasted before. By the end of the journey, Lewis, Clark and the men of the expedition had eaten a wide variety of meat, fish, berries, vegetables, fruits and roots. These simple native foods ultimately fueled the most famous expedition in U.S. history.

Nutritional information should be considered an estimate only; please consult a registered dietician, nutritionist, or your physician for specific health-related questions. Read more here. Please note that the recipe above is published using a recipe card plugin, with preexisting software which can auto-calculate metric measurements, as well as change the number of servings. Metric conversions and changes to the number of servings (resulting in different ingredient amounts) will only appear in the ingredient list, and are not changed within the step-by-step directions of the recipe.
198 shares
Mushroom Harissa & Goat Cheese Frittata PREVIOUS