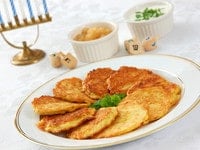 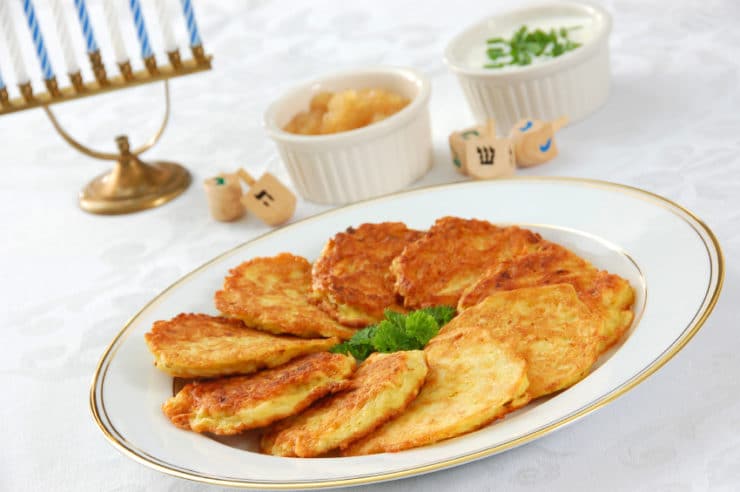 In an earlier blog, I wrote about the two major Jewish groups in the world– Ashkenazi Jews and Sephardic Jews.  These two groups have the same religious beliefs, but their cooking styles are quite different.  Ashkenazi foods might seem more familiar to American cooks (matzo ball soup and gefilte fish), while Sephardic foods tend to be more exotic in terms of flavor (shakshuka and hummus). Why the difference?

Sephardi Jews originally lived in Spain and Portugal.  After being expelled in the 15th century, most of the Sephardi settled in warmer areas of the Mediterranean (Morocco, Turkey, Italy).  Because of the sunny climate, they had easier access to fresh vegetables, fish, fruits, spices and olive oil. Therefore, Sephardic cuisine tends to be lighter, healthier, and more colorful.

Many traditional dishes can be found in both Ashkenazi and Sephardic traditions, with slight variations.  Chamin is a Sephardic stew made for Shabbat.  A very similar dish can be found in Ashkenazi tradition—it’s called Cholent.  Both dishes evolved for the same reason (to avoid cooking during the hours of Shabbat), and have the same basic ingredients.  However, they are spiced and prepared differently in each tradition, so that each stew has its own distinct flavor.

Most Jewish cooks today are influenced by both Ashkenazi and Sephardic cuisines.  Both populations have taken advantage of the regional resources available to them, and have in turn created many exciting dishes.  From Indian to Russian to Moroccan to Polish, Jewish food is extremely diverse.  One thing all of these dishes have in common—they are unique and delicious!

Enough history for today.  I’m off to cook an Ashkenazi-style brisket for a Shabbat dinner gathering tomorrow.  I try to make brisket a day ahead of time… leaving it in the refrigerator overnight allows the flavors to marinate. In a future blog, I’ll share a few more secrets for cooking the perfect brisket.

What kind of Jewish cuisine are you most familiar with– Ashkenazi or Sephardic?

Nutritional information should be considered an estimate only; please consult a registered dietician, nutritionist, or your physician for specific health-related questions. Read more here. Please note that the recipe above is published using a recipe card plugin, with preexisting software which can auto-calculate metric measurements, as well as change the number of servings. Metric conversions and changes to the number of servings (resulting in different ingredient amounts) will only appear in the ingredient list, and are not changed within the step-by-step directions of the recipe.
141 shares
The Jewish Diaspora PREVIOUS