Banking on Butterfat – The History of Häagen-Dazs 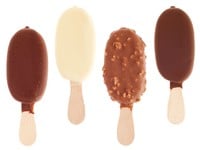 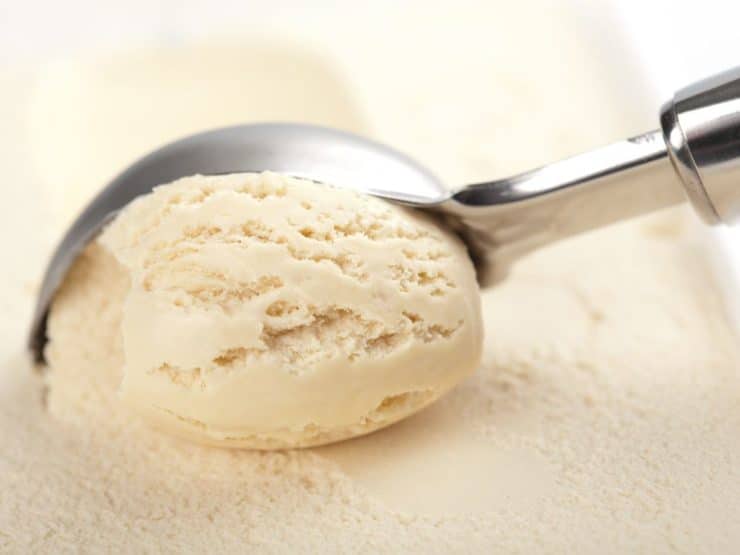 Growing up, I enjoyed Häagen-Dazs ice cream as an indulgent treat reserved for special occasions. It was pricier than the ice cream sold at our local Thrifty drug store, and the taste was richer, more creamy, more dreamy. Our grocery market kept Häagen-Dazs in a special free-standing freezer at the front of the store, separate from all the other ice creams, reinforcing the “special” quality of the brand. Häagen-Dazs coffee flavored ice cream was my favorite, and I especially loved the coffee bars dipped in chocolate and sprinkled with almonds. Have mercy, it doesn’t get much better than that. I didn’t realize it back then, but the difference between Häagen-Dazs and other ice cream brands is quite simple. It all boils down to butterfat.

The term “super-premium” refers to ice cream with a reduced amount of air and a high percentage of butterfat – two key components in creating a creamy, velvety “premium” texture. Most ice cream is made with 10 percent butterfat and a good amount of air used as filler, but super-premium ice cream contains 16 percent butterfat. This is why you can feel a distinct weight difference between containers of gourmet ice cream versus less expensive brands. They all taste good, but one is just a little more special than the other.

Rose Vesel and Reuben Mattus, creators of the super-premium ice cream brand Häagen-Dazs, managed to achieve the elusive American Dream by banking on butterfat. As Jewish immigrants from Europe, both Rose and Reuben grew up familiar with struggle and hard work. Rose was born Riva Rochel Vesel in 1916 to Polish parents. Her mother, Lily Grochowsky, was a skilled seamstress. Her father, David Vesel, was a poet and musician. When the two fell for each other, David convinced Lily to elope with him to Warsaw to escape their family’s distaste for their budding relationship. Later they moved to Paris, then London, then Manchester where Rose was born. Lily earned an income in both London and Manchester through sewing costumes for theatrical productions. One day, she stumbled upon some beautifully embroidered tablecloths in a shop, and was convinced she could make them herself. The couple and their children left for Belfast, Ireland, an area known for producing table linens, and set up a factory. The business was successful and earned them enough money to make frequent trips back to the British Isles to visit family. Tragedy struck when the British bombed their factory during the Irish War of Independence (also known as the Black and Tan War), leaving Lily and David nearly penniless. Soon after, the Vesels boarded a ship to the United States. 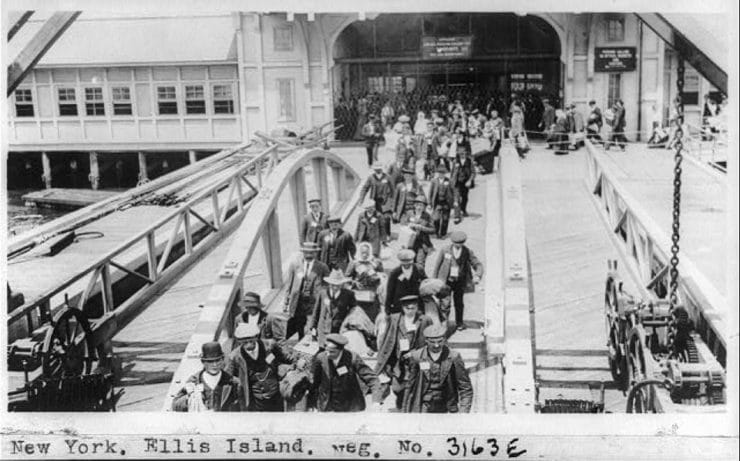 Reuben Mattes (his name’s original spelling) was born in Grodno, Belarus in 1912 or 1913. His parents were the proud owners of a successful gourmet shop until the business was negatively impacted by the onset of World War I. In hopes of creating a new life for his family, Reuben’s father left for America to explore the possibility of moving there. When he returned to Grodno to collect his wife and children, he was sent to fight in the Battle of Tannenberg, where he was fatally wounded in 1916. Soon after Reuben’s mother, Lea, and sister, Eleanor, grew very ill with typhus. At the young age of 4, Reuben was forced to pick through garbage in order to survive starvation. When the war ended and Lea and Eleanor recovered, Lea continued to sell goods in their gourmet shop until Reuben’s Uncle Sam sent for them from America. When they arrived at Ellis Island, their name was changed from Mattes to Mattus. Of the Ellis Island experience, Reuben fondly remembered the soft bread and hot chocolate served to them.

Both the Vesel and Mattus families eventually found themselves living across from one another on Sackman Street in the Brownsville neighborhood of Brooklyn, one of the poorest areas in New York City. A look back at Reuben’s early life in America shows that he may have been destined for a career in ice cream. Both of his uncles ran ice cream factories on Blake Avenue, an area densely populated with summer-run ice cream businesses. His Uncle Nathan ran Big Bear Ice Cream, while his Uncle Sam owned the Yukon Ice Cream Company. Eventually Reuben’s mother dipped her toe into the ice cream business when she and a male suitor started the Sanitary Ice Cream Company factory in the Bronx, an area previously untouched by other ice cream vendors. When Lea’s lawyer mistook her accent and heard “Senator” instead of “Sanitary,” their company name was changed to Senator Frozen Products, Inc. In the basement of a church, Lea used hand-cranked machines and freshly squeezed juice to make lemon ice in cans. Neighborhood children were offered 25 cents for their help. Of course, Reuben also helped as much as he could. 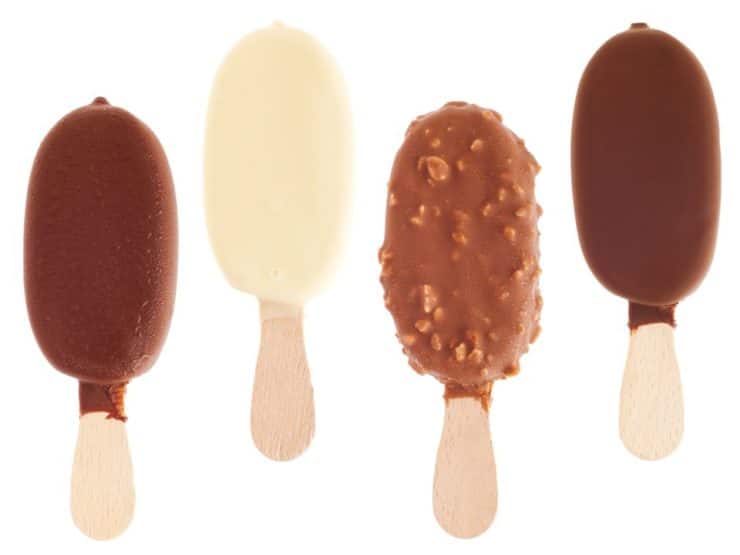 At that time home refrigeration was not available, and ice cream was only sold seasonally in the summer out of wagons packed with ice. Come winter, the treats were no longer available, since customers had no place to store them. Fortunately, Reuben’s mother worked very hard and was able to secure $10,000 during her first summer of business. It was plenty of money to last them through the winter.

Rose met Reuben when she was just 13 years old, while she was out on a date with another boy named Zeeske. When Zeeske’s flirtatious habits left Rose feeling irked, Reuben swept in and offered to walk her home. Luckily, Rose’s parents knew of Reuben’s reputation as a hard worker and instantly approved of him. Eventually Reuben secured Rose a job at his uncle’s Yukon Ice Cream Company, where she earned 10 cents an hour and invaluable experience in the ice cream business. It wasn’t long before Reuben proposed to Rose. After marriage, they worked hard to make money through various business ventures. By 1959, the idea for Häagen-Dazs was born. 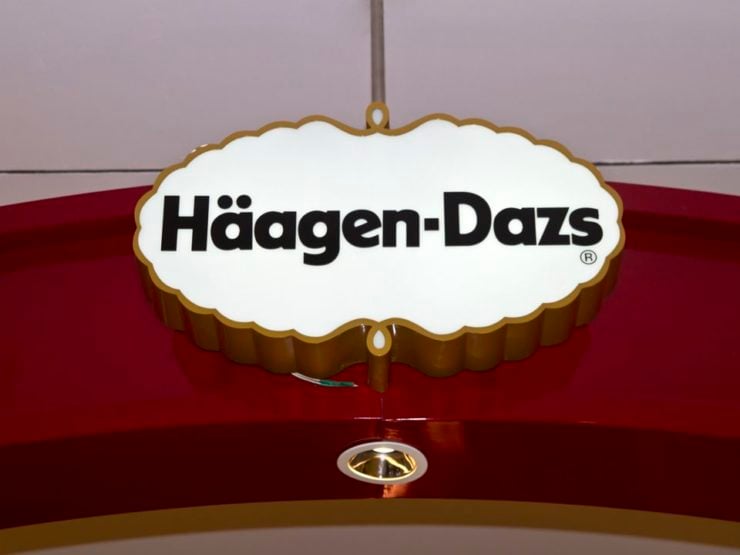 Reuben noticed that the popular ice cream brands of the time sacrificed quality ingredients and manufacturing for a lower price tag. He decided to create an ice cream that would outshine the rest by using quality ingredients, no preservatives and a higher butterfat content – the secret to creamy, rich ice cream. Reuben also insisted, given his and Rose’s Jewish backgrounds, that the product must be certified kosher. Once the ice cream was ready to market, a question arose – what would Rose and Reuben name their new gourmet brand of ice cream? In an interview with Joan Nathan, Reuben explained the Danish-sounding name they settled on: “The only country which saved the Jews during World War II was Denmark, so I put together a totally fictitious Danish name and had it registered. Häagen-Dazs doesn’t mean anything. [But] it would attract attention, especially with the umlaut.” It is interesting to note that the umlaut is not actually used in Danish – it was simply added because the couple felt it enhanced the brand name’s exotic quality. Reuben and Rose took a gamble in choosing a made-up, foreign-sounding name for their ice cream, but it certainly paid off. Häagen-Dazs originally sold for 75 cents a pint, quite a jump from the standard 52 cents other brands sold for. In the company’s infancy, Rose would visit stores in person to offer free samples of their product. Soon it could be found in gourmet shops throughout Manhattan. The brand eventually spread to grocery stores across the nation.

In 1983 Reuben sold Häagen-Dazs to The Pillsbury Company for $70 million, leading the brand to global expansion. Though Häagen-Dazs originally offered only vanilla, chocolate and coffee ice creams, the brand now boasts a large number of flavors and varieties, including frozen yogurt, sorbet, ice cream bars and gelato. The brand is currently sold in 50 countries worldwide. Not a bad outcome for two Jewish immigrant kids from Brooklyn.

Nutritional information should be considered an estimate only; please consult a registered dietician, nutritionist, or your physician for specific health-related questions. Read more here. Please note that the recipe above is published using a recipe card plugin, with preexisting software which can auto-calculate metric measurements, as well as change the number of servings. Metric conversions and changes to the number of servings (resulting in different ingredient amounts) will only appear in the ingredient list, and are not changed within the step-by-step directions of the recipe.
55 shares
Vegan Saffron Hollandaise PREVIOUS