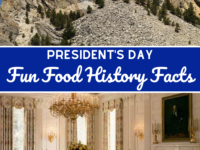 Lately I have been researching the food history of our American presidents in anticipation of President’s Day. Today, I thought it would be fun to share some of the more strange and interesting food facts I’ve come across in my research. Enjoy! 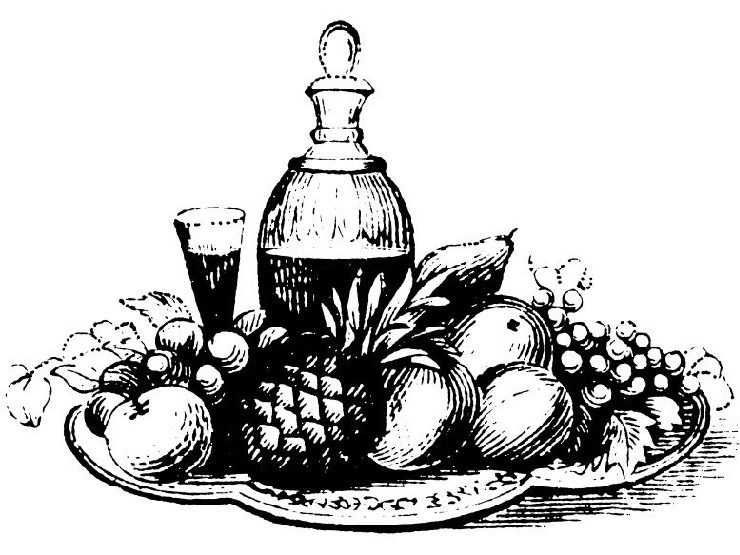 President George Washington‘s favorite foods included fish and nuts. He also had a fondness for cherries, particularly Cherry Bounce, a brandy-based drink popular in the eighteenth century. He enjoyed the drink so much that he packed a canteen of it for a trip across the Allegheny Mountains in 1784.

President John Adams, while known for disapproving of culinary excess, had a soft spot for Madeira wine. While attending a feast associated with the first Continental Congress, Adams wrote, “I drank Madeira at a great rate and found no inconvenience in it.” 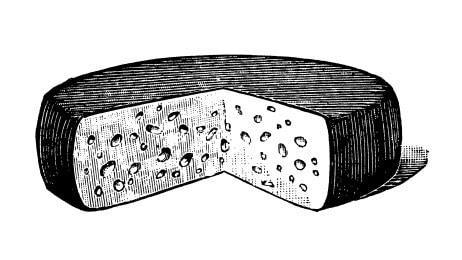 The town of Cheshire, Massachusetts presented a massive 1235 pound block of cheese as a gift to President Thomas Jefferson in 1802. The cheese was produced by combining the milk of every cow in Cheshire. The cheese became known as the Cheshire Mammoth Cheese; it was allowed to ripen at the White House for over two years.

Jefferson was passionate about food, and often collected new ingredients and recipes on his travels abroad. In 1787, on a trip to Italy, Jefferson enjoyed the rice of the Piedmont region so much that he smuggled two sacks out of the country. The crime of smuggling at that time carried the death penalty in Italy– thankfully, Jefferson got away with his passionate food crime.

President Andrew Jackson loved fresh milk… he loved it so much, in fact, that he kept a cow on the White House grounds to ensure a constant supply.

When President Abraham Lincoln was a young man living in Indiana, he worked as a cask maker for a local man making applejack brandy. Working with apples probably agreed with the future president; Lincoln was known to like apples, and often ate one with milk as a light lunch at midday.

President Lincoln’s wife Mary Todd Lincoln hosted a number of “Strawberry Parties” in Washington during the spring and summer months. She even had a gown made for the occasions in 1861– a black silk day dress decorated with clusters of red berries. 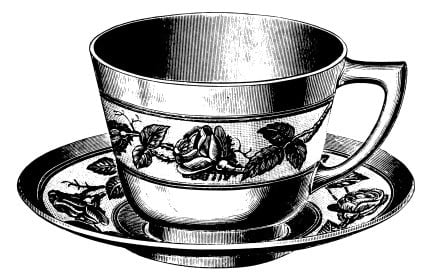 President Theodore Roosevelt was very fond of Russian Caravan tea, a blend of oolong, keemun, and lapsang souchong teas. The aromatic tea has a sweet, malty flavor; it’s named after the 18th century camel caravans that facilitated tea trade between Asian countries and Europe via Russia.

President Woodrow Wilson embraced the concept of Meatless Mondays long before Sid Lerner did. As the U.S. entered World War I, Wilson worried about domestic food shortages. In an effort to set an example for the country, he ordered the White House kitchen staff to adopt Meatless Mondays and Wheatless Wednesdays.

President Dwight “Ike” Eisenhower sold hot tamales on the streets of Abilene, Kansas as a young boy to help his family’s income.

President Richard Nixon banned soup from being served at state dinners because, according to National Security Council staffer Roger Morris, “he almost invariably dribbled it on himself at the table.”

President Ronald Reagan was known to love desserts and high-calorie American fare. His wife Nancy didn’t approve, preferring that her husband dine on healthier fare. But when Nancy was out of town, all bets were off– the President dined on steak, macaroni and cheese, and chocolate mousse. 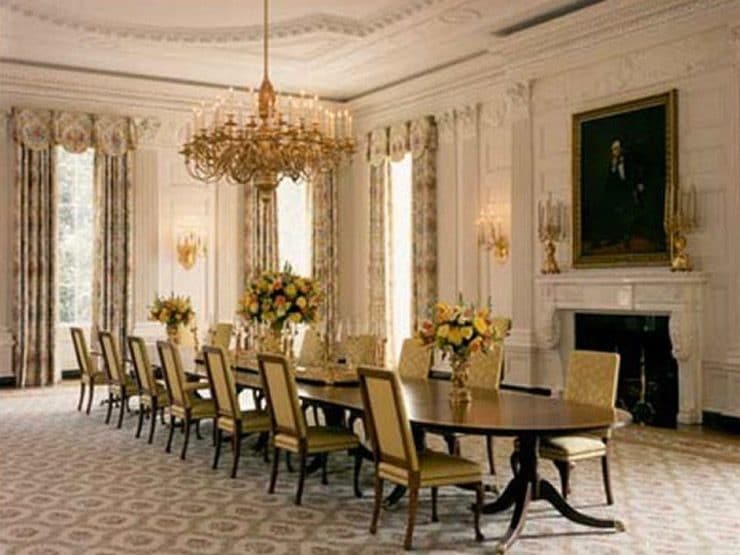 The White House State Dining Room b/t 1900 and 1906, courtesy of the Library of Congress.

Nutritional information should be considered an estimate only; please consult a registered dietician, nutritionist, or your physician for specific health-related questions. Read more here. Please note that the recipe above is published using a recipe card plugin, with preexisting software which can auto-calculate metric measurements, as well as change the number of servings. Metric conversions and changes to the number of servings (resulting in different ingredient amounts) will only appear in the ingredient list, and are not changed within the step-by-step directions of the recipe.
123 shares
What Thomas Jefferson Ate – Marinated Asparagus PREVIOUS