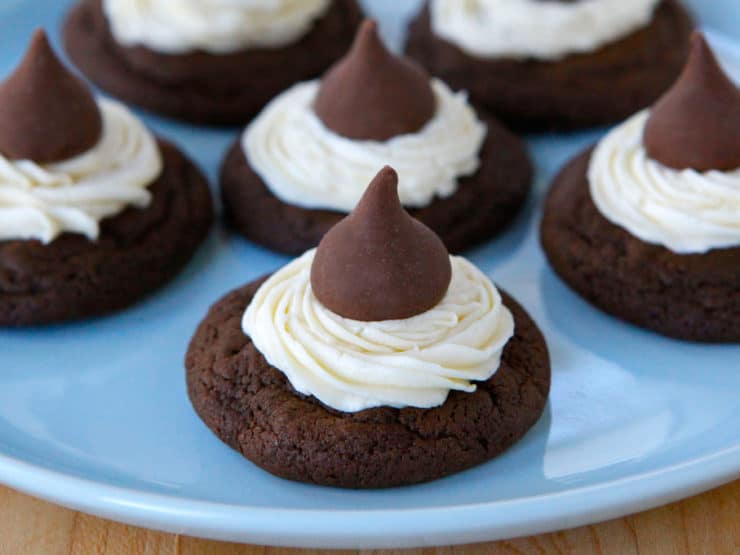 The history of Hershey Chocolate Company, Milton Hershey, and a recipe for soft cake-like cookies with vanilla buttercream frosting and chocolate kisses.
897 shares
4.74 from 15 votes
Jump to Recipe Email Me Recipes 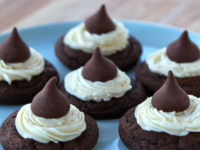 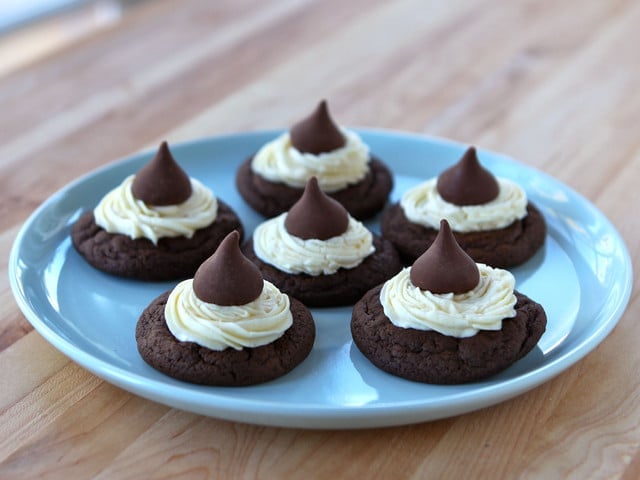 On this day in history, on February 9, 1894, the Hershey Chocolate Company was founded in Lancaster, Pennsylvania. While the Hershey brand is known worldwide for its chocolate products, the company’s creator, Milton Hershey, actually found his first success with a different kind of candy… caramels. 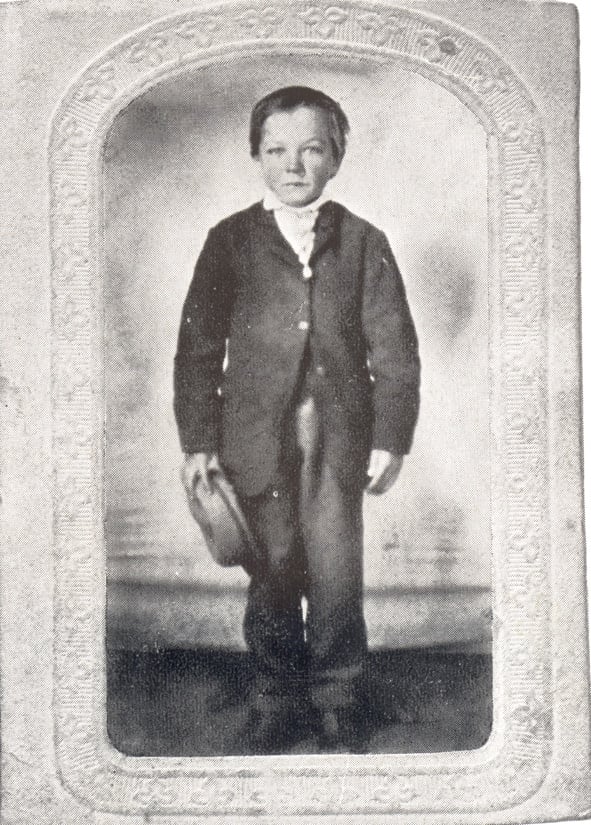 Milton S. Hershey was born on September 13, 1857 in an old stone farmhouse built by his great-grandfather near Derry Church, Pennsylvania. His parents were part of a peace-loving religious group called the Mennonites; their ancestors were Swiss immigrants who had come to Pennysylvania inspired by William Penn’s promise of religious freedom. While Milton’s father, a farmer, was somewhat flighty and unreliable, his mother Veronica “Fanny” Hershey was solid and true. She was a stable force in Milton’s life, and his main influence growing up. She taught him the value of hard work, and the Golden Rule: “do unto others as you would have them do unto you.” Milton valued this advice and followed it throughout his life. He learned to work hard for what he wanted… and more often than not, as a child, what he wanted was candy. He would save pennies he made running errands for his parents on the farm, just so he could make a special trip to the candy shop once a week.

As a young boy, Milton did not do well in school. His father, pursuing one unsuccessful business scheme after another, moved his family from place to place. At thirteen, Milton had been enrolled at seven different schools, and he had trouble keeping up with his studies. His parents decided it was best that he withdraw from school and learn a trade. After a failed apprenticeship to a newspaper editor, Milton found work as a confectionery apprentice. He learned how to make all kinds of candy, from hard candies to peppermints to fudge. This job suited Milton well, and he excelled at it. After four years, Milton felt ready to go into the candy business for himself. He was only eighteen years old, but he had big dreams indeed. With his mother Fanny and his aunt Mattie to help him, Milton struck out on his own. 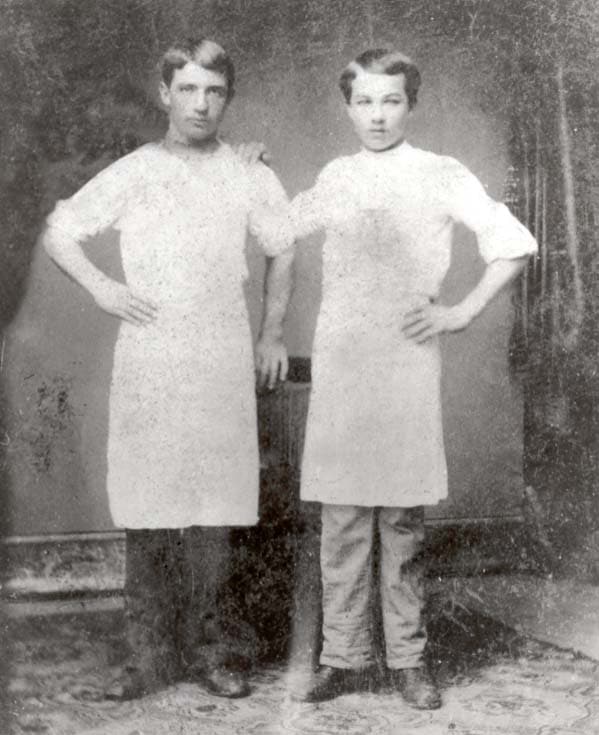 Milton’s first years of struggling to start a business are an inspiration– he never gave up, no matter how many challenges he encountered along the way. After several failed attempts to start a candy business– first in Philadelphia, then in Colorado, then New Orleans, then New York City– Milton found himself penniless and discouraged. He moved back to Lancaster, Pennsylvania, where his extended family turned their back on him. They had given loan after loan to Milton as he tried to make his business work, and they were unhappy that he hadn’t found success. Of his family, only Milton’s mother Fanny and his aunt Mattie stuck by his side, loyal and supportive of his candy-making ambition. 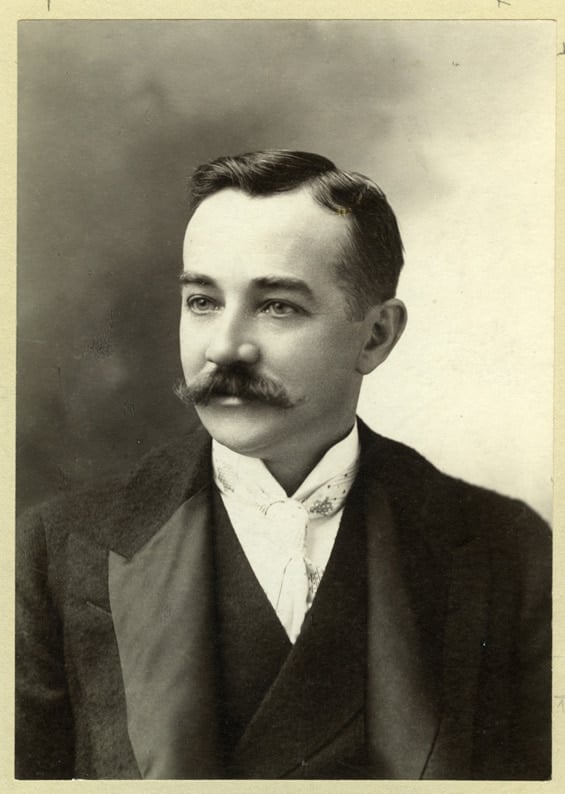 In Pennsylvania, Milton reconnected with an old friend named William Lebkicher (Lebbie for short), who had worked for him briefly in Philadelphia. Lebbie believed in Milton, and helped him to restart his business in Lancaster. Milton set up shop in an old factory building. He focused on making caramels using a special process he’d learned in Colorado. Adding milk to the caramels added flavor, chewiness, and extended their shelf life. He first sold his milk caramels off of a pushcart, until his product was discovered by an English candy importer. Before long, Milton’s business expanded, and his “CRYSTAL A” caramels were in demand all over the world. He built a caramel factory, and named his business “Milton Hershey’s Lancaster Caramel Company.” 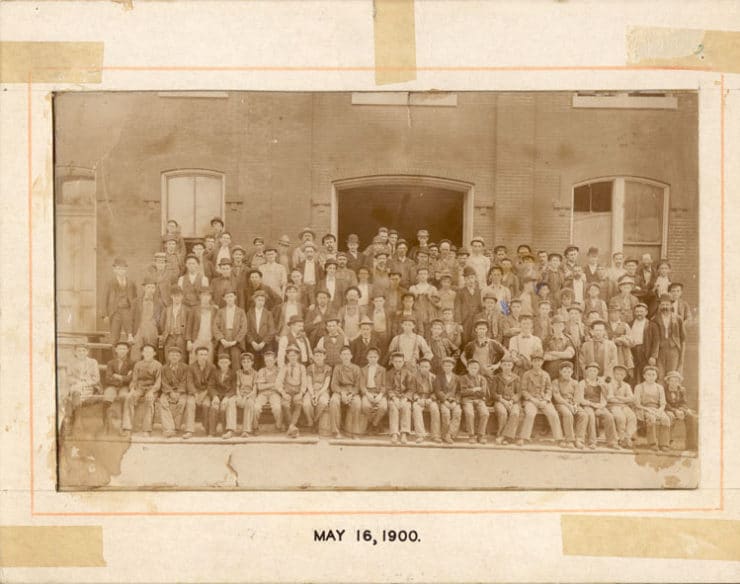 At 37 years old, Milton took a trip to England to see how his caramels were being sold. He discovered that the English candy company was cutting his bulk caramel into bite-sized pieces and dipping them in chocolate before selling them. Milton was intrigued by the chocolate concept, and decided to turn his attention back in the U.S. to chocolate-making. Soon, he had created three “signature” chocolate products… Hershey’s Cocoa, Hershey’s Baking Chocolate, and chocolate-dipped caramels. Milton had bet on chocolate, and the bet paid off big time. Before long, Milton was able to sell his caramel factory for $1 million dollars (the equivalent of close to $25 million dollars today!) and focus solely on chocolate products. 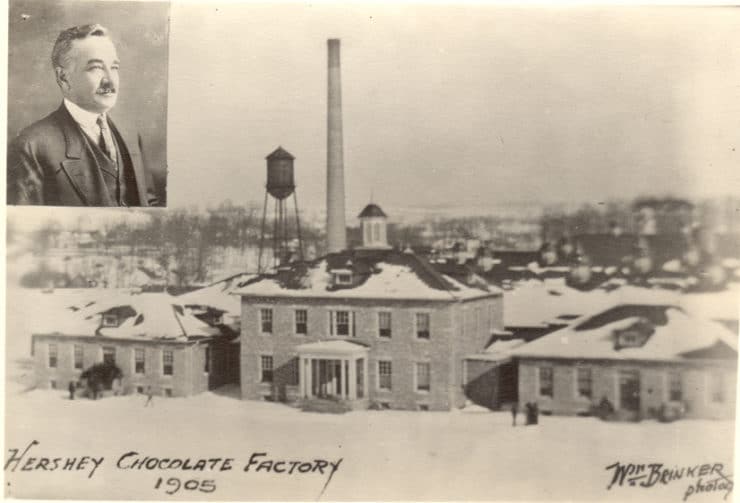 In 1894 Milton established the Hershey Chocolate Company, which allowed him to grow and expand his business to keep up with his ever growing dreams. It was an eventful few years for Milton. In 1898 he married the love of his life, Catherine “Kitty” Sweeney. Unable to have children together, Kitty and Milton started a charitable boarding school for orphan boys near their home in Pennsylvania. The school still exists today. In 1900, Milton introduced the iconic Hershey’s milk chocolate bar. In 1903 he began construction on a chocolate-themed town surrounding his factory in Derry Township, Pennsylvania, to provide affordable housing for his hundreds of employees. The town was eventually renamed Hershey, Pennsylvania. In 1907, Hershey’s Kisses were introduced to American consumers. The Hershey brand had become a household name, an American tradition that continues to this day. 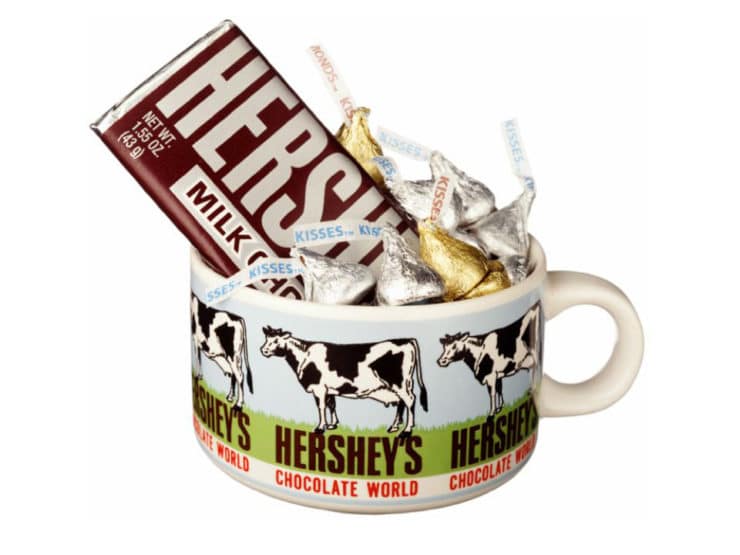 Interesting Bit of Trivia: In 1912, Milton and his wife Kitty booked a $300 first class ticket aboard the newest, most extravagant ship in the British luxury White Star fleet– Titanic– on her maiden voyage from Southampton, England. They were forced to cancel their trip, and instead booked passage on the German luxury liner Amerika. A lucky coincidence indeed! 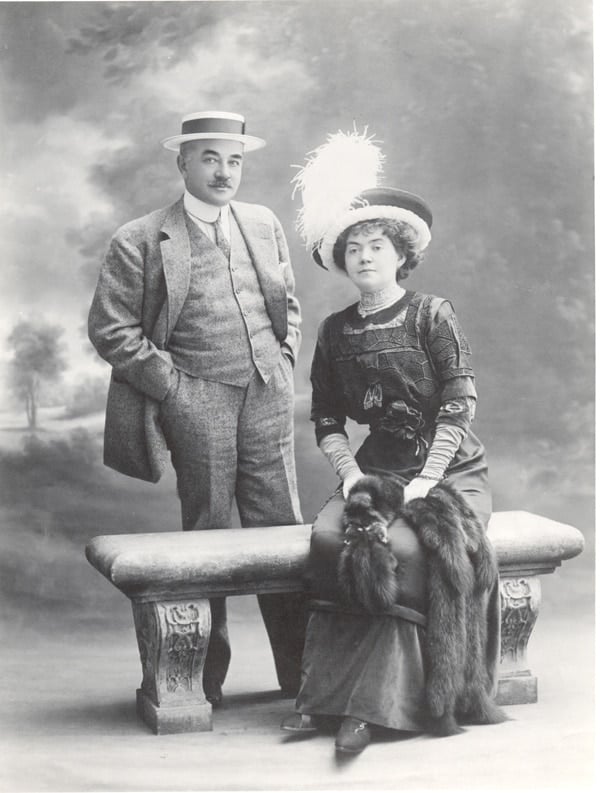 In honor of Milton founding the Hershey Chocolate Company, I wanted to bake something special using Hershey’s chocolate. I found a recipe on the Hershey’s website and immediately fell in love. Hershey’s calls them Kisses Hot Cocoa Cookies, but they’re not exactly cookies. They have a cookie-like shape and size, but the texture is soft and cake-like, similar to the sandwich part of a whoopie pie. I decided to call them Hershey’s Kiss Cakelets— it seemed a more fitting name. While Milton Hershey probably never tasted this recipe, he did introduce the Hershey’s Kiss to the world. This is a great way to celebrate his legacy.

Instead of the store-bought frosting the recipe calls for, I adapted the recipe by making homemade vanilla buttercream frosting. Homemade tastes so much better than the stuff from the store, and it only takes a few minutes to whip up a batch. Top the frosting with a chocolate kiss, and you’re created a fitting tribute to Milton Hershey’s candy empire! 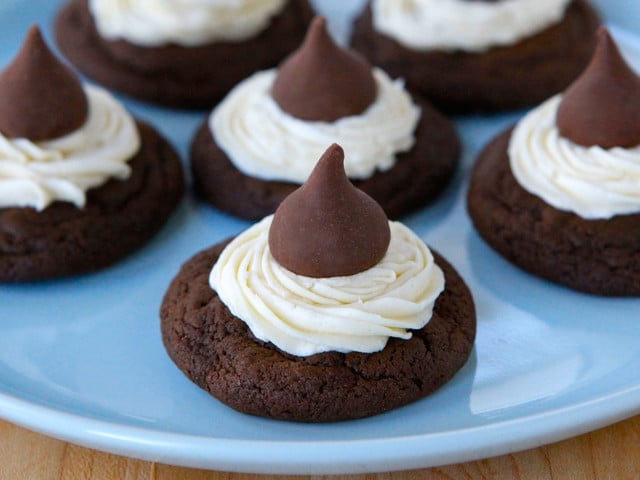 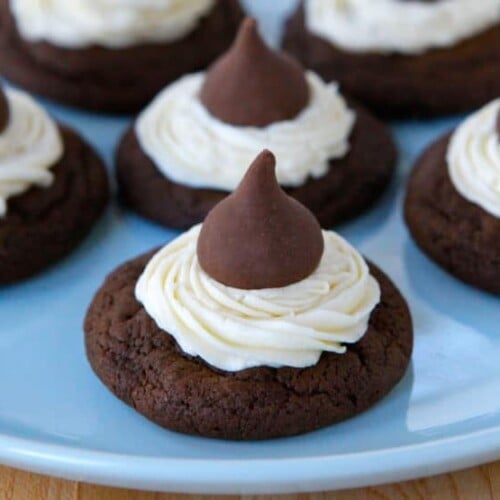 Note: For those who keep kosher, Hershey has a large selection of kosher candy products. Be sure to look for a kosher hechsher. Click here for a list of kosher candies offered by Hershey.

Nutritional information should be considered an estimate only; please consult a registered dietician, nutritionist, or your physician for specific health-related questions. Read more here. Please note that the recipe above is published using a recipe card plugin, with preexisting software which can auto-calculate metric measurements, as well as change the number of servings. Metric conversions and changes to the number of servings (resulting in different ingredient amounts) will only appear in the ingredient list, and are not changed within the step-by-step directions of the recipe.
897 shares
Tu B’Shevat Salad PREVIOUS