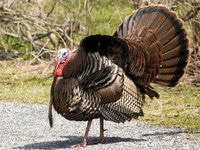 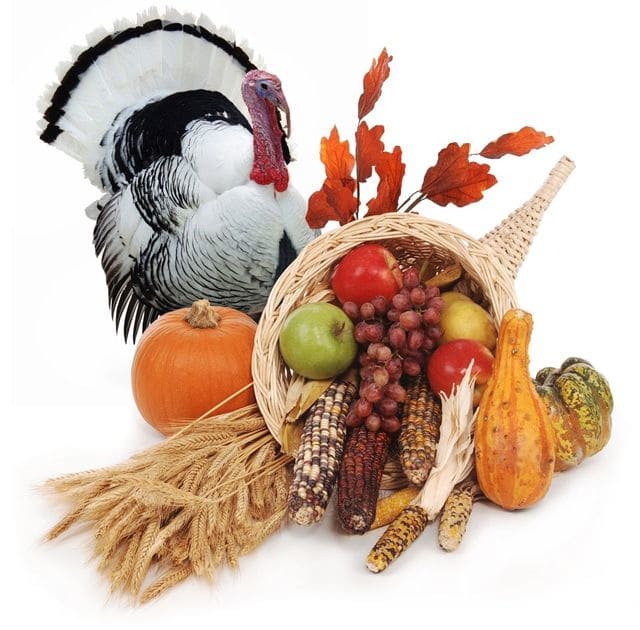 Did you know that Big Bird’s costume is made from 4,000 turkey feathers? Or that female turkeys do not say “gobble gobble”? In America, turkey is the centerpiece for our biggest food holiday celebration: Thanksgiving. But what do we really know about the history of this beloved bird, and how did it become the star of our holiday feast?

The ancient Aztecs living in Mexico were the first to domesticate wild turkeys. In the pre-Columbian years, wild turkeys could be found in large numbers from the Eastern coast of North America to Honduras. In 1519, when the Spanish came to Mexico, they were met with a bounty of both wild and domesticated turkeys. By the following year, they had introduced domesticated turkeys to the Caribbean and eventually to Spain. It didn’t take long before they were widespread throughout the Mediterranean and Western Europe. By 1550, they had arrived in England. When the English colonists first arrived in America, wild turkeys were a welcome sight, as they were already familiar with eating and preparing the bird. They were also easy to hunt in the hard winter months, as they were clearly visible in the snow. Once colonies were established, settlers began importing domesticated turkeys from England to America. 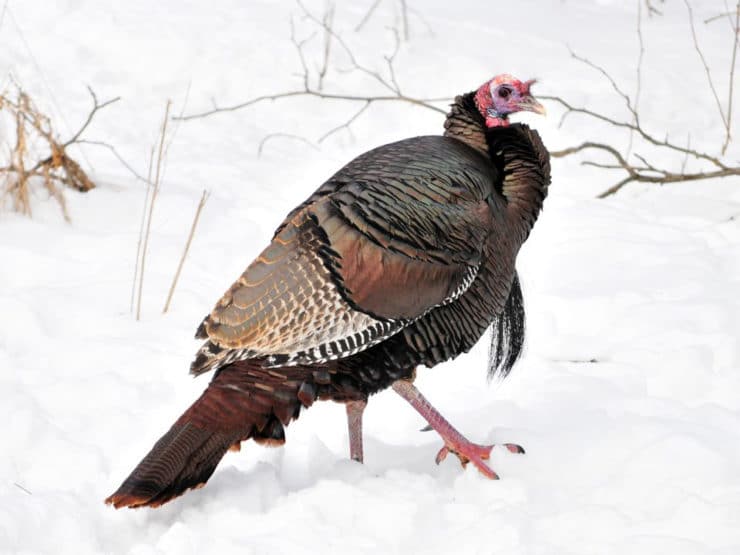 Turkeys were an important food source for American colonists. They could be found along river valleys in flocks in large numbers – sometimes more than 5,000! When America began to expand westward, wild turkey (and deer) saved many from going hungry. Unfortunately, the population of wild turkeys dropped greatly during colonial times, and many families began to raise them on their own farms. Since their successful re-introduction they are once gain plentiful, particularly in areas of New England.

Turkey was featured prominently in the first cookbook published by an American. Amelia Simmons’ American Cookery (1796) included five recipes for turkey. Many of the cookbooks that followed also included turkey recipes, typically divided into 5 categories– how to select turkey, how to cook turkey, how to stuff turkey, which foods make the best side dishes for turkey, and what to do with the leftovers. 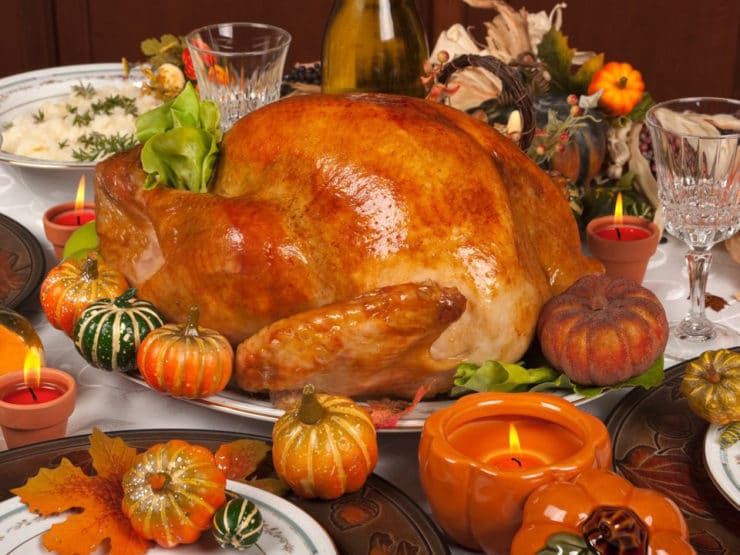 More than 50 million turkeys are consumed on Thanksgiving every year. During the 20th century, as America became more urbanized, families began purchasing their turkeys, fresh or frozen, from supermarkets. By the beginning of the 21st century, over 90% of Americans were featuring turkeys prominently on their holiday menus. Preparation no longer exists solely in the oven. Methods like deep frying, smoking and grilling have become increasingly popular, especially in areas with warmer weather. Sometimes it’s just too hot to turn on the oven.

As far as Thanksgiving goes, it’s unclear when or how the turkey became the focus of the meal. Turkeys were abundant during the time of the First Thanksgiving, but there is no evidence that they were actually served or eaten during the 3-day meal. Over time the turkey has become almost synonymous with Thanksgiving. It may be tied to Sarah Josepha Hale’s famous description of a Thanksgiving feast in her book Northwood, a Tale of New England, which describes in luscious detail the roasted turkey at the center of the feast:

The roasted turkey took precedence on this occasion, being placed at the head of the table; and well did it become its lordly station, sending forth the rich odour of its savory stuffing, and finely covered with the frost of baking. 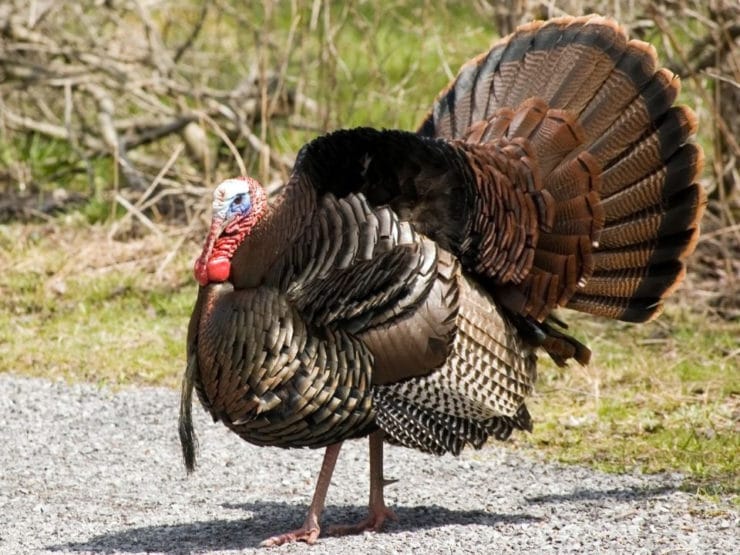 Since 1982, in an annual ceremony, the president of the United States has officially “pardoned” a turkey from the Thanksgiving meal. The ceremony takes place in the White House’s Rose Garden. The chosen turkey actually comes from a specially bred flock of turkeys that are trained to be comfortable with flashing cameras, clapping and petting – basically anything a celebrity may come into contact with while visiting the White House. Once the ceremony is over, the pardoned turkey is sent to live out the remainder of its years at Frying Pan Park at Kidwell Farm, a petting zoo in Herndon, Virginia. Historians speculate that this tradition was inspired by Abraham Lincoln, who spared the life of a turkey at Christmastime in response to pleas from his son, Tad.

Benjamin Franklin wanted the turkey to be declared the national bird over the bald eagle. He believed the bald eagle to be lazy and of poor moral character, not hunting on its own and taking the food straight from the nests of other birds. Though a turkey might seem a silly choice to us, it must be noted that the wild turkey he so admired was covered in beautiful plumage and had expert flying skills… not quite like the farmed turkeys we’re familiar with today.

Nutritional information should be considered an estimate only; please consult a registered dietician, nutritionist, or your physician for specific health-related questions. Read more here. Please note that the recipe above is published using a recipe card plugin, with preexisting software which can auto-calculate metric measurements, as well as change the number of servings. Metric conversions and changes to the number of servings (resulting in different ingredient amounts) will only appear in the ingredient list, and are not changed within the step-by-step directions of the recipe.
62 shares
Pumpkin Pudding PREVIOUS