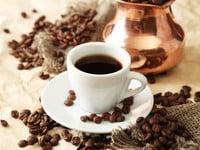 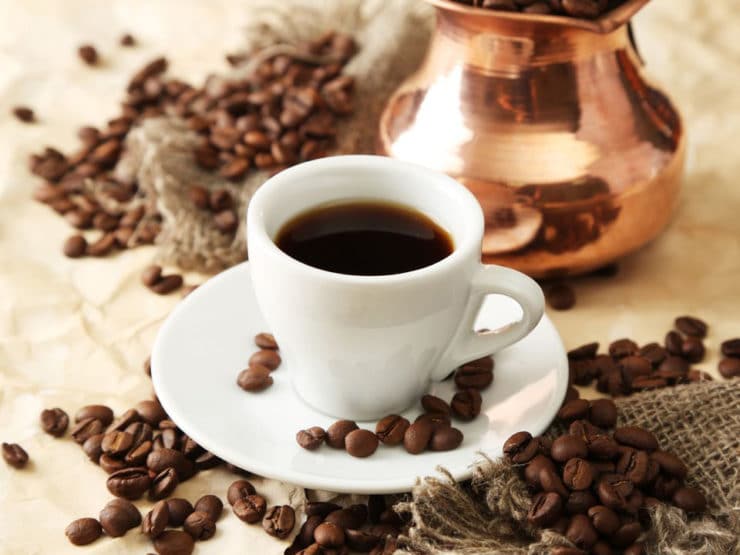 Second only to oil, coffee is the most valuable legally traded commodity in the world. We love it, we rely on it, and we drink it in massive quantities. It is estimated that 2.25 billion cups of coffee are consumed each day worldwide. New Yorkers are said to drink 7 times the amount of any other U.S. city, which is why it may seem like there is a Starbucks on every corner of Manhattan. Famed French writer and philosopher Voltaire was rumored to have drunk 40 – 50 cups per day. Coffee is a daily ritual in the lives of millions of humans around the globe. Where exactly did this caffeinated phenomenon begin?

As with most foods that have been around for centuries, coffee’s beginnings are enveloped in mystery and lore. There is a popular Ethiopian legend wherein coffee is discovered by a goat herder named Kaldi, who found his goats frolicking and full of energy after eating the red fruit of the coffee shrub. Kaldi tried the fruit for himself and had a similar reaction. After witnessing their strange behavior, a monk took some of the fruit back to his fellow monks; they too spent the night awake and alert. Of course, they would have been reacting to coffee’s high dose of caffeine. This natural stimulant also serves as an inborn plant pesticide, protecting the coffee fruit from insects. 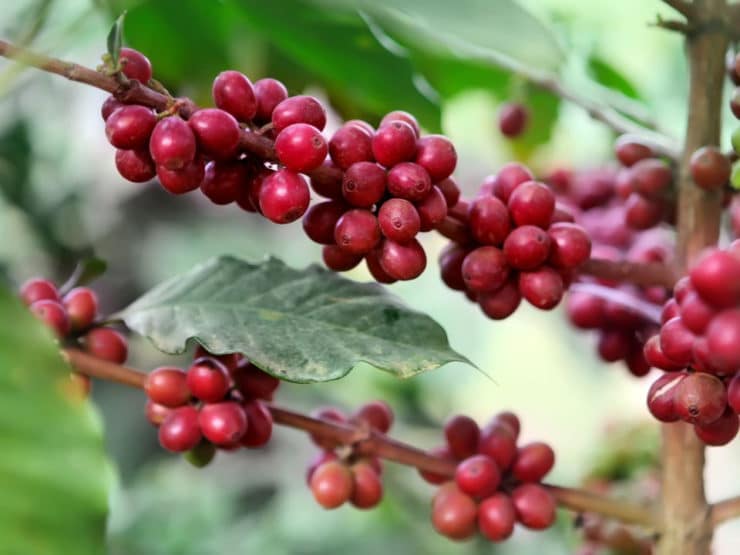 Before coffee became our morning beverage of choice, it appeared in a variety of different preparations. In its most basic, unprocessed form, coffee is a cherry-like fruit which becomes red when ripe; the coffee bean is found at the center. Early on, the fruit was mixed with animal fat to create a protein rich snack bar. At one point, the fermented pulp was used to make a wine-like concoction; incidentally, a similar beverage was made from the cacao fruit, before the advent of chocolate, which goes to show that humans are especially adept at finding new ways to imbibe. Another drink that appeared around 1000 A.D. was made from the whole coffee fruit, including the beans and the hull. It wasn’t until the 13th century that people began to roast coffee beans, the first step in the process of making coffee as we know it today.

The word “coffee” has roots in several languages. In Yemen it earned the name qahwah, which was originally a romantic term for wine. It later became the Turkish kahveh, then Dutch koffie and finally coffee in English. 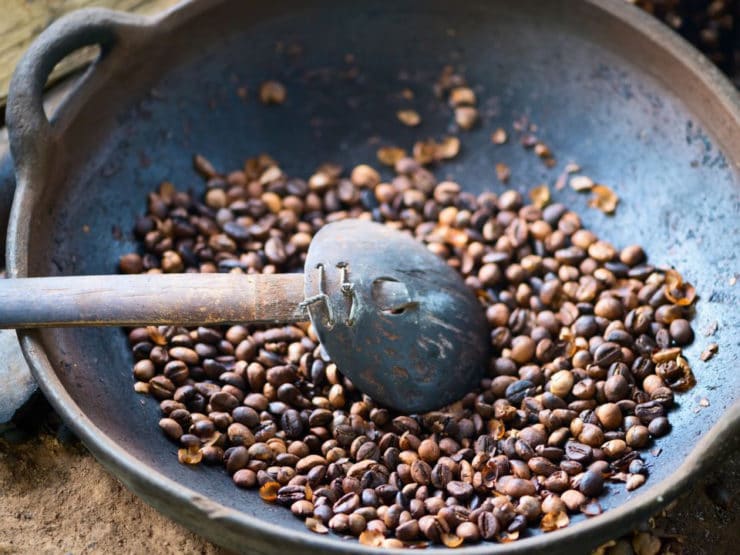 The modern version of roasted coffee originated in Arabia. During the 13th century, coffee was extremely popular with the Muslim community for its stimulant powers, which proved useful during long prayer sessions. By parching and boiling the coffee beans, rendering them infertile, the Arabs were able to corner the market on coffee crops. In fact, tradition says that not a single coffee plant existed outside of Arabia or Africa until the 1600s, when Baba Budan, an Indian pilgrim, left Mecca with fertile beans fastened to a strap across his abdomen. Baba’s beans resulted in a new and competitive European coffee trade.

In 1616, the Dutch founded the first European-owned coffee estate in Sri Lanka, then Ceylon, then Java in 1696. The French began growing coffee in the Caribbean, followed by the Spanish in Central America and the Portuguese in Brazil. European coffee houses sprang up in Italy and later France, where they reached a new level of popularity. Now, it is de rigueur for Parisians to indulge in a cup of coffee and a baguette or croissant at the numerous coffee cafes throughout Paris. 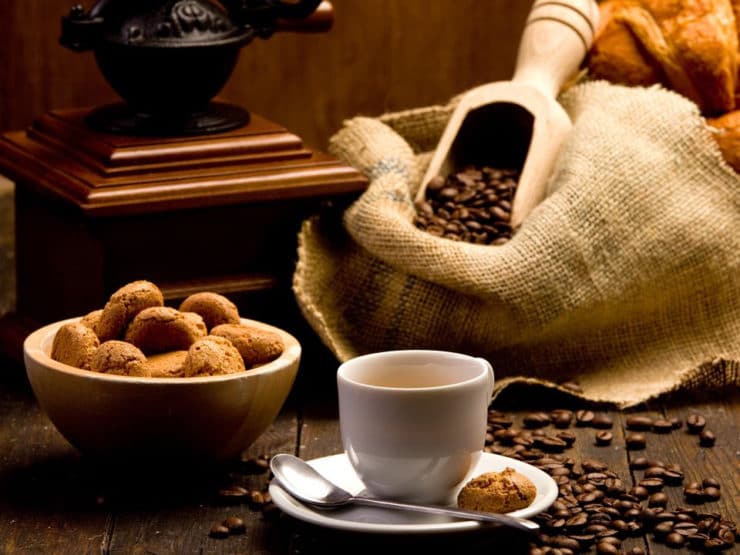 Coffee plants reached the New World during the early 18th century, though the drink wasn’t really popular in America until the Boston Tea Party of 1773, when making the switch from tea to coffee became something of a patriotic duty. The Civil War and other conflicts that followed also helped to increase coffee consumption, as soldiers relied on the caffeine for a boost of energy. It may have started a bit later here, but Americans love coffee just as much as the rest of the world. Teddy Roosevelt himself is counted among America’s great coffee drinkers due to his rumored consumption of a gallon of coffee daily! Roosevelt is also said to have coined Maxwell House’s famous “Good to the Last Drop” slogan after being served the coffee at Andrew Jackson’s historical home, the Hermitage, in Tennessee.

By the late 1800s, coffee had become a worldwide commodity, and entrepreneurs began looking for new ways to profit from the popular beverage. In 1864, John and Charles Arbuckle, brothers from Pittsburgh, purchased Jabez Burns’ newly invented self-emptying coffee bean roaster. The Arbuckle brothers began selling pre-roasted coffee in paper bags by the pound. They named their coffee “Ariosa,” and found great success selling it to the cowboys of the American West. It wasn’t long before James Folger followed suit and began selling coffee to the gold miners of California. This blazed the trail for several other big name coffee producers, including Maxwell House and Hills Brothers. 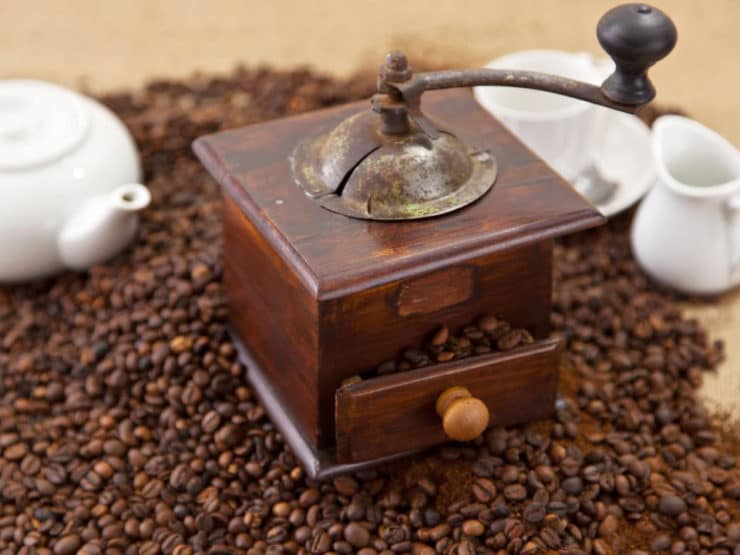 In the 1960s, a certain awareness for specialty coffee started to grow, inspiring the opening of the first Starbucks in Seattle in 1971. Today, the grass-roots coffee movement continues to grow with the increase of small independently-owned cafes boasting sustainable, locally roasted, fair trade beans. Coffee has become an artistic trade that is valued for its complexity of flavors and terroir, much like wine.

From a simple cup of black coffee to a complex, multi-adjective Starbucks order, each coffee drinker has their own favorite way of indulging in this caffeinated wonder-drink. Here are six coffee-inspired recipes that will give you some new ways to enjoy this ancient beverage. 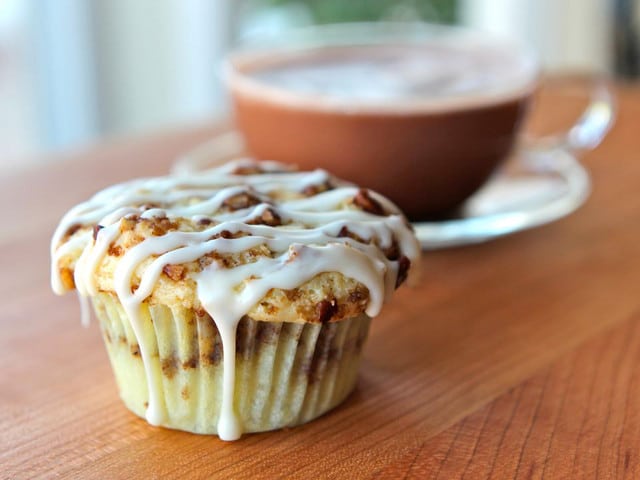 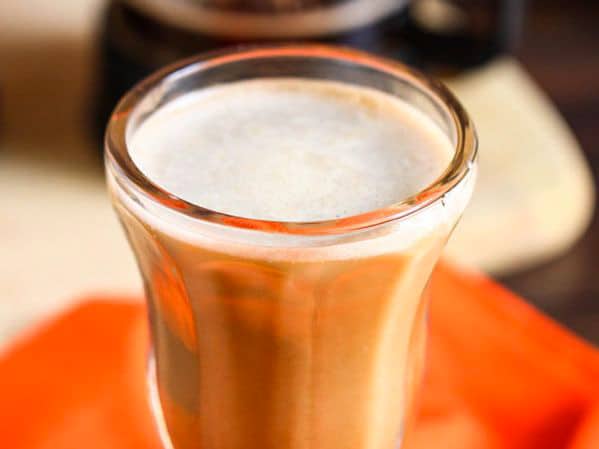 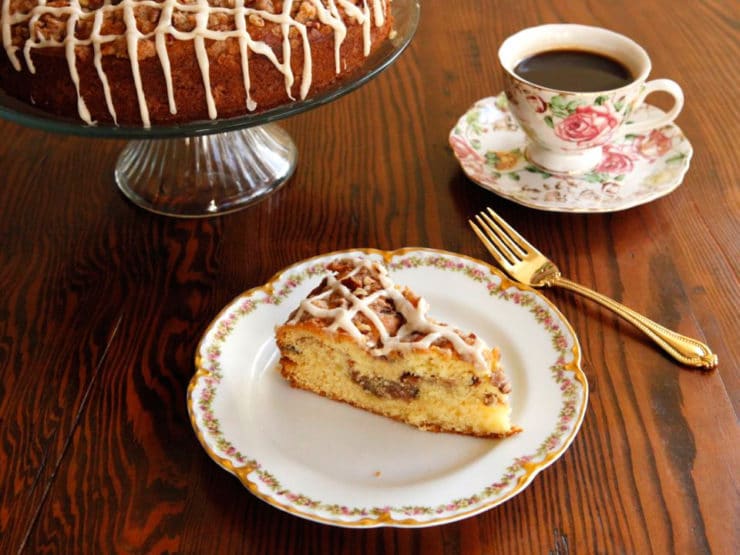 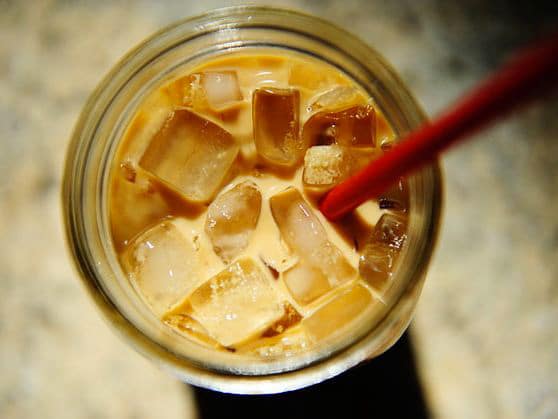 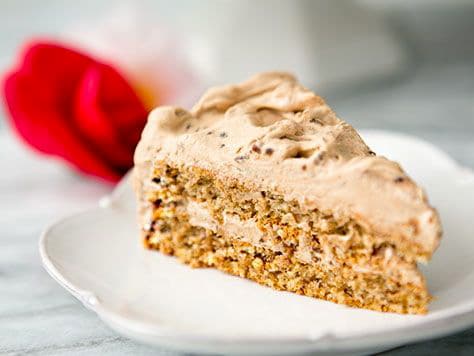 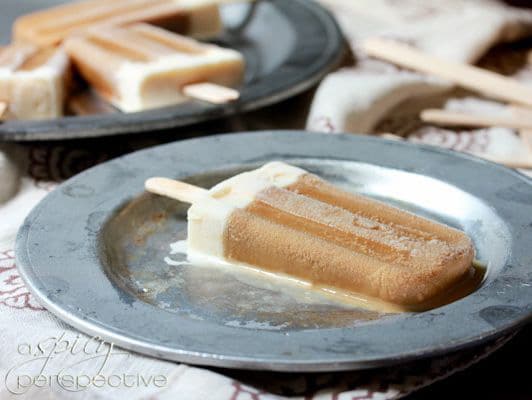 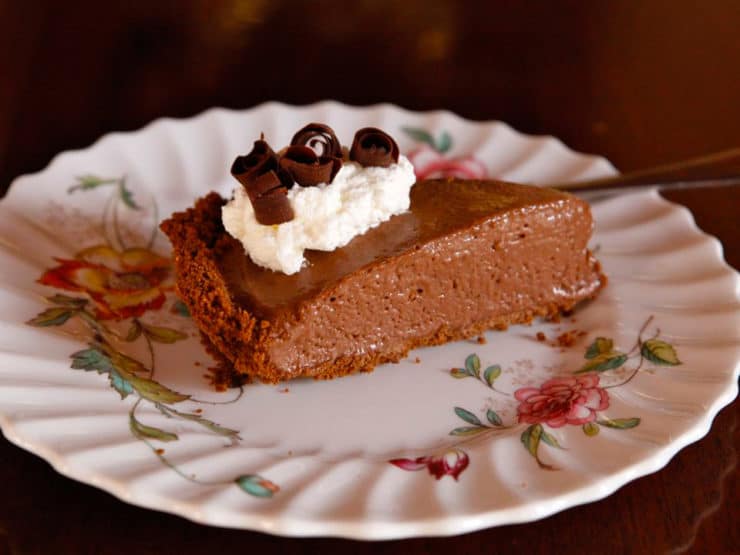 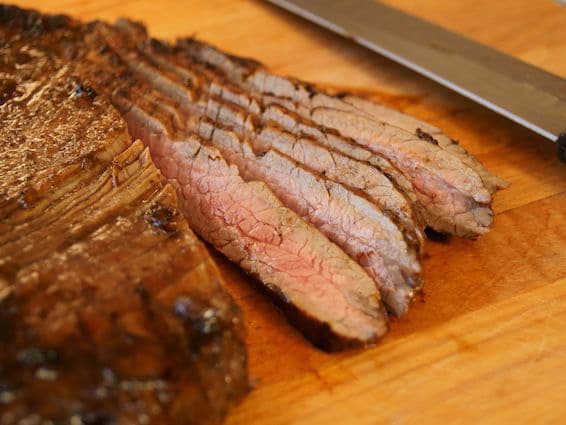