Home || How To || Cooking Tutorials || How to Clean and Slice Leeks

Home || How To || Cooking Tutorials || How to Clean and Slice Leeks

Learn to clean and slice leeks. Easily remove dirt and debris from the inner layers, then slice into rings or thin strips, julienne cut. Easy photo and video tutorial.
907 shares
4.93 from 13 votes
Jump to Recipe Email Me Recipes 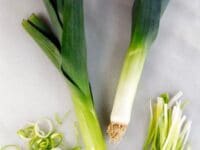 In this tutorial, I’ll walk you through how to clean and slice leeks. Often leeks will have dirt and debris caught in the inner layers of the vegetable. This easy method will allow you to clean the leeks and slice them into rings or thin strips, julienne style. I’ve also provided a little leek history, for those who are curious about this onion-like vegetable! 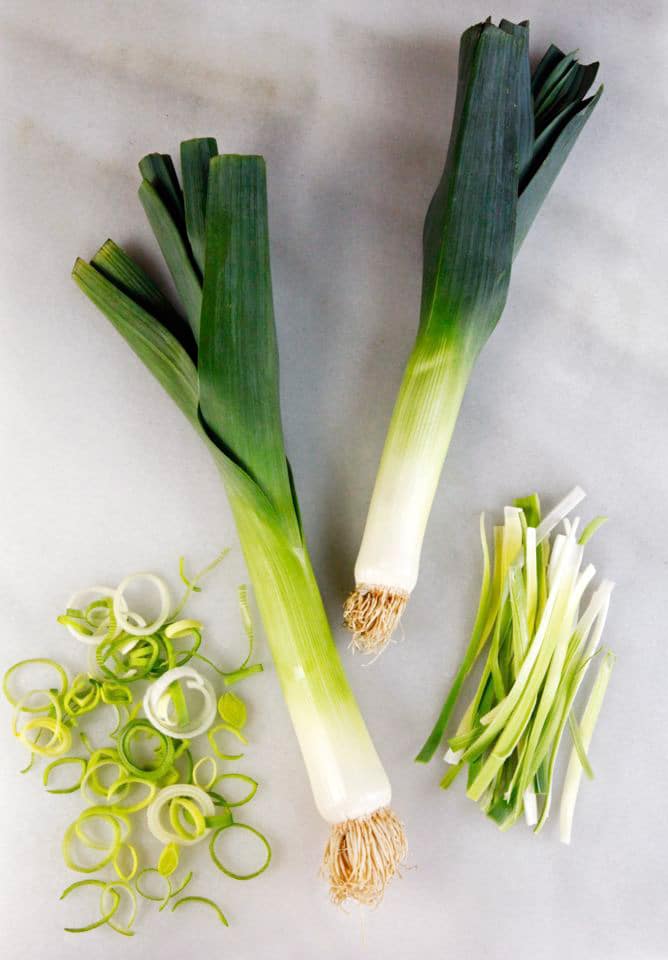 Leeks are members of the onion family. Classical Romans and Greeks were very fond of leeks. Roman Emperor Nero earned the nickname Porrophagus, or “leek eater,” after he took to eating them in large quantities in order to improve his singing voice. The Greeks and Romans praised leeks, while deeming garlic and onions fit only for the less fortunate.

The ancient Roman cookbook Apicius includes four individual recipes for leeks, while only calling for garlic and onions in small quantities as flavorings. Today onion and garlic are a building block in most savory recipes, whereas leeks are not nearly as common. Times have certainly changed!

Some historians believe that the Romans introduced leeks to Britain and eventually Wales. An old tale claims that the Welsh, who made leeks their “national emblem,” tucked raw leeks into their hats during the 7th century Battle of Heathfield so that the soldiers could easily distinguish between their allies and enemies. Did the Welsh triumph over the Saxons due to their own strength, or because the powerful odor of raw leeks helped them to know friend from foe? We may never know.

What we do know is how to prepare leeks for use in recipes! The challenge with leeks is the dirt and debris that gets caught inside their many layers and leaves. There is a simple solution to getting all of that dirt out and slicing your leeks for cooking. All you need is a sharp knife, a bowl of water, and a colander. Here’s how! 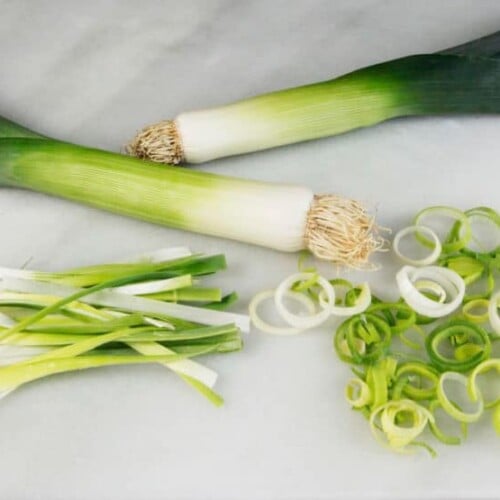 Nutritional information should be considered an estimate only; please consult a registered dietician, nutritionist, or your physician for specific health-related questions. Read more here. Please note that the recipe above is published using a recipe card plugin, with preexisting software which can auto-calculate metric measurements, as well as change the number of servings. Metric conversions and changes to the number of servings (resulting in different ingredient amounts) will only appear in the ingredient list, and are not changed within the step-by-step directions of the recipe.
907 shares
Maple Custard & Orange Sauce – Cooking Club 1905 PREVIOUS

Why I Cook: Zesty Broccoli Cheddar Rice NEXT