A Slice of Pumpkin History 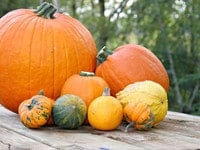 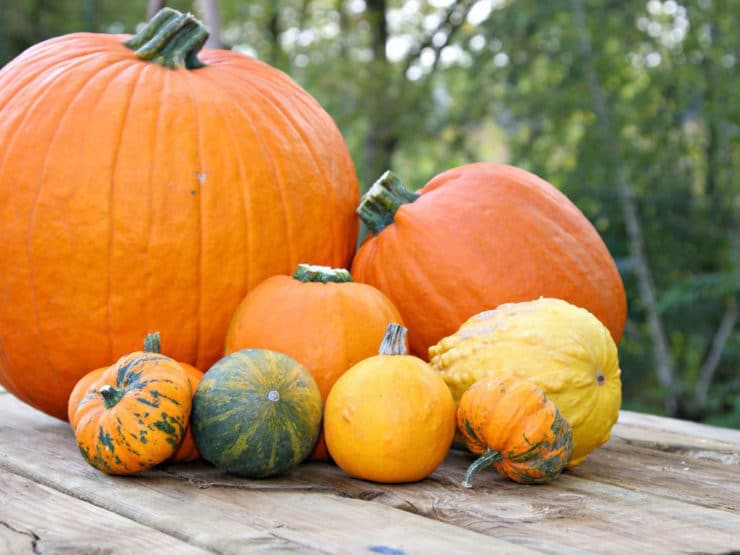 From The Great Pumpkin to pumpkin pie to pumpkin spice lattes, the pumpkin is an American icon. Nothing signals the start of autumn like the arrival of pumpkins. Originating in Central America over 7,500 years ago, archaeologists discovered the oldest domesticated pumpkin seeds in the Oaxaca Highlands of Mexico. These seeds grew much different pumpkins than the orange variety we are accustomed to today. In its original form the pumpkin was a small, hard ball with a bitter taste. Pre-Columbian Native Americans domesticated pumpkins for their flesh rather than their nutritional, readily available seeds. The pumpkin was one of the first wild plants cultivated for human consumption in America, making it an extremely important part of our culinary history. The possibility of having access to something that could be planted, controlled and eaten meant less need for foraging and more likelihood of settling down in one place. Because of their thick and solid flesh, pumpkins could easily be stored throughout the winter and times of scarcity. 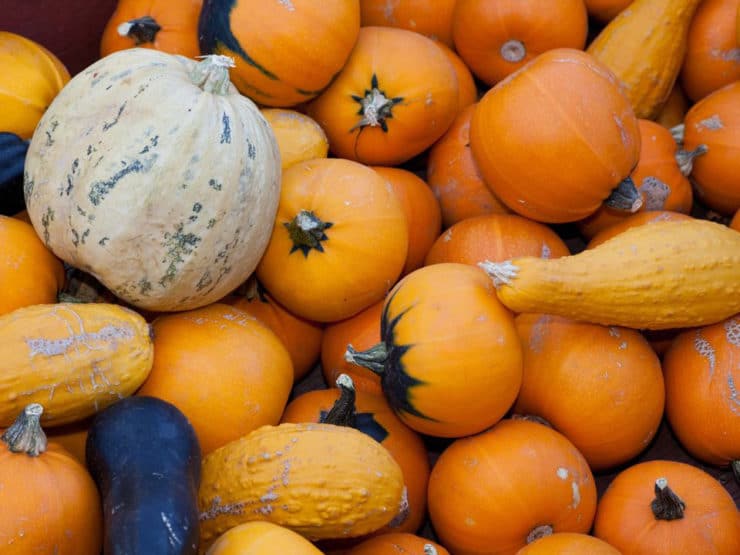 We tend think of pumpkins as a vegetable, but it is biologically considered a fruit. Like other forms of squash, pumpkins are easy to grow. They were a favorite with English colonists, who became acquainted with them prior to arriving in the New World. During the 3-day meeting between English colonists and the Wampanoag tribe known as the First Thanksgiving, pumpkins may have been included in the feast. If they were served, they were more likely cooked as a savory dish, not a dessert. Over time pumpkins were valued for their versatility. They were cooked into pies, stews, tarts, soups, and puddings. The flesh could be boiled, roasted, fried or mashed and the seeds were dried and salted as a nutritious snack food. 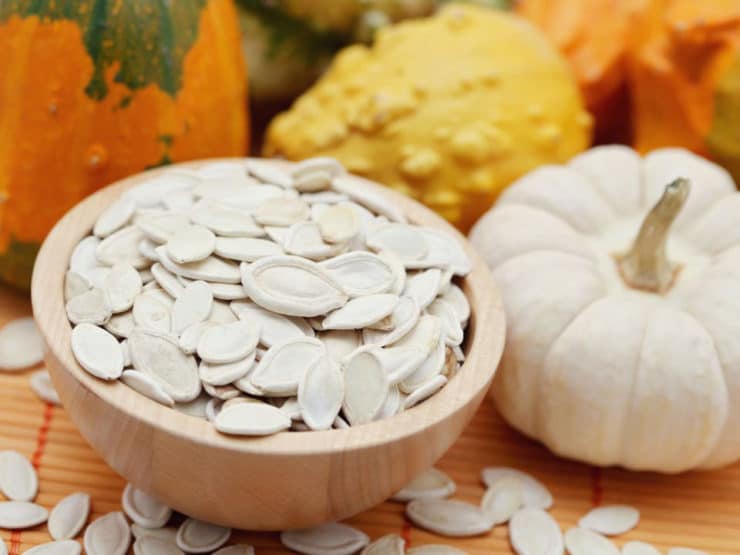 In 1672, John Josselyn included a pumpkin recipe in his book New-England Rarities Discovered. This was one of the first recipes to come out of the United States. The side dish called for dicing ripe pumpkin and cooking it in a pot over the course of a day. Once finished, butter and spices were added. This early recipe sounds a bit like our modern preparation of mashed sweet potatoes. Finding ways to make pumpkin into a unique, tasty dish instead of something that was just easy and inexpensive became a project for the women of the 17th century. Unable to vote and having little voice in public matters, creating recipes became a way for them to reach an audience and create their own identity. 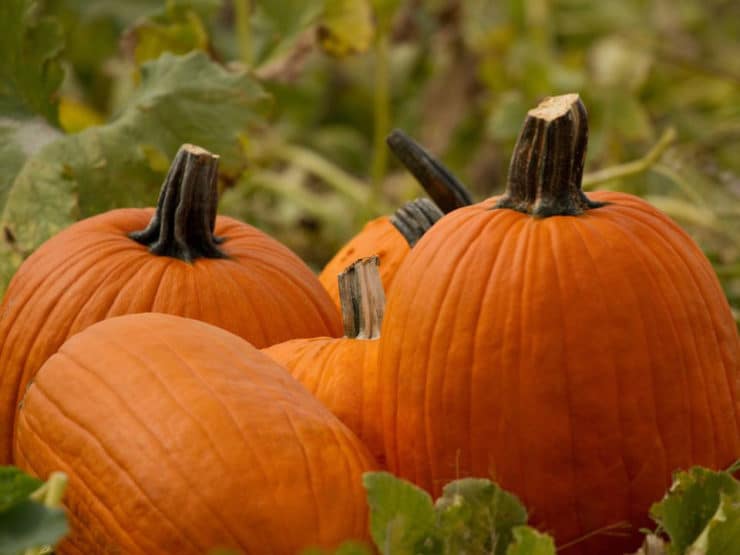 In the early 1800’s, decorative pumpkins called jack-o’-lanterns were carved to celebrate the autumn harvest season. Pumpkins proved to be much easier to work with than the potatoes and turnips of the past. In 1819, Washington Irving featured a mysterious jack-o’-lantern in his short story The Legend of Sleepy Hollow, which may have led to the carved pumpkin’s popular association with the Halloween holiday.

In the 1800’s it became stylish to serve pumpkin pies for the Thanksgiving holiday (read more about the history on Thanksgiving here), a trend that continues to this day with over 50 million baked yearly. The earliest versions of sweetened pumpkin dishes were actually pumpkin shells that had been cleaned out and filled with ginger-spiced milk, then roasted by the fire. 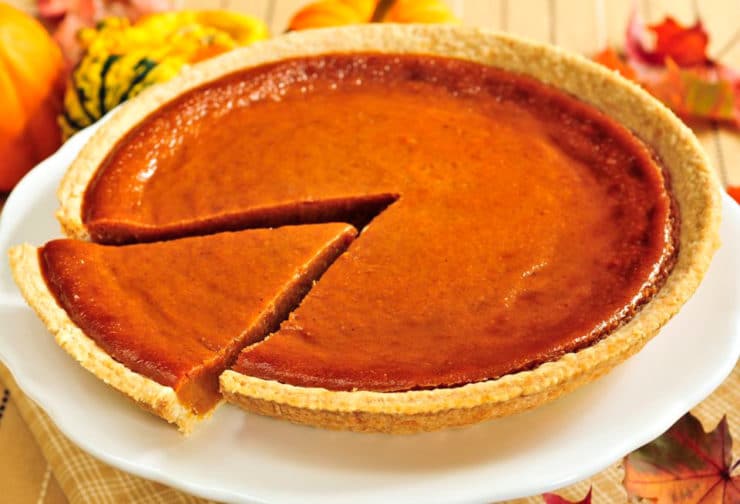 Circleville, Ohio was once home to E. Sears Canning, a large pumpkin canning company. In fall farmers would line up with their wagons, packed to the brim with pumpkins waiting to processed and canned. Because of the significance of pumpkins in Circleville, the mayor, George Haswell, began exhibiting pumpkins. The exhibition came to be known as the Pumpkin Show and continued to grow each year. Though the effects of the Great Depression and World War II forced the canning company to shut down, the Circleville Pumpkin Festival is still held each year. It is the largest festival of its kind. Activities include a contest for largest pumpkin, largest pumpkin pie and a competition for Miss Pumpkin Show Queen. 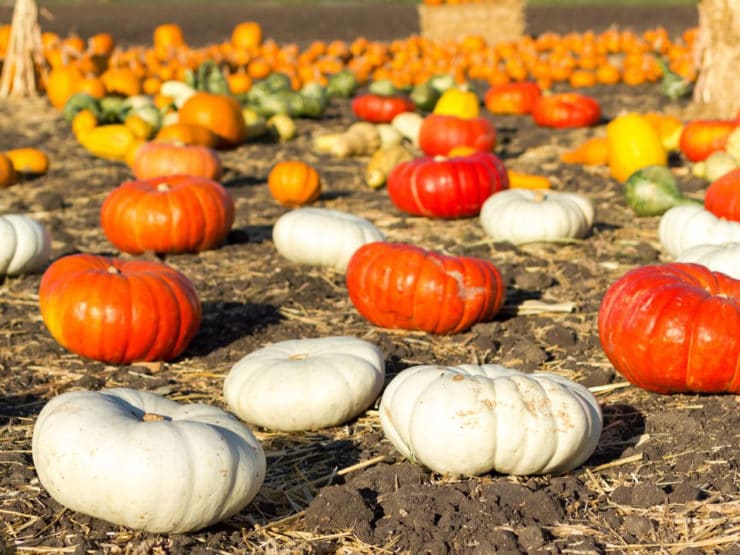 Speaking of largest pumpkin, Tim and Susan Mathison of California broke the world record this year. Their massive pumpkin, which took 105 days to grow, weighed in at a whopping 2,032 pounds (yup, you heard that right… over a ton!!). That’s a lot of pumpkin lattes.

As you can see, pumpkins are a versatile and important food worth celebrating. If you’re interested in taking a deeper look into the rich history of pumpkins, you will enjoy Cindy Ott’s Pumpkin: The Curious History of an American Icon. The book served as one of the sources for this piece and provided me with a lot of new pumpkin facts I’d never learned. It’s definitely worth a read. Next time you bake a homemade pumpkin pie, you can serve it with a slice of history as well.

Ott, Cindy (2012). Pumpkin: The Curious History of an American Icon. University of Washington Press, US.

Nutritional information should be considered an estimate only; please consult a registered dietician, nutritionist, or your physician for specific health-related questions. Read more here. Please note that the recipe above is published using a recipe card plugin, with preexisting software which can auto-calculate metric measurements, as well as change the number of servings. Metric conversions and changes to the number of servings (resulting in different ingredient amounts) will only appear in the ingredient list, and are not changed within the step-by-step directions of the recipe.
109 shares
Matzo Crisp with Pear, Apple and Cranberries PREVIOUS

Why I Cook: My Culinary Roots NEXT