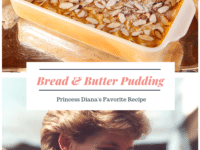 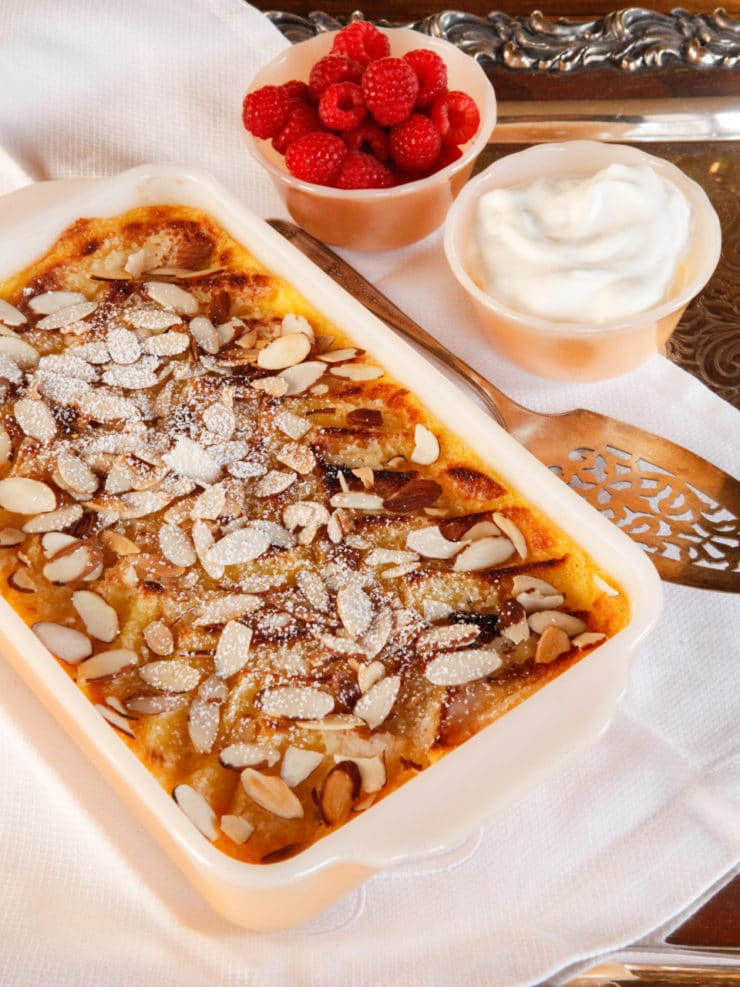 I remember when I first heard the news that Princess Diana was gone. It was my first or second week of college, and everything in my personal realm had changed overnight– I had a roommate, a meal plan and my first taste of independence. It was a weird time of transition.

I still remember the sickening sadness I felt in the pit of my stomach. Like many young women of my generation, I had grown up loving and admiring Princess Diana. I looked up to her for her strength, her philanthropy and her gentle nature. She was beautiful in the most natural, unassuming way. The loss rattled me greatly, probably even more so because I was on my own for the first time. Back home I would have watched the news together with my mom. School had only just started, and the other students were still strangers to me. I felt alone. 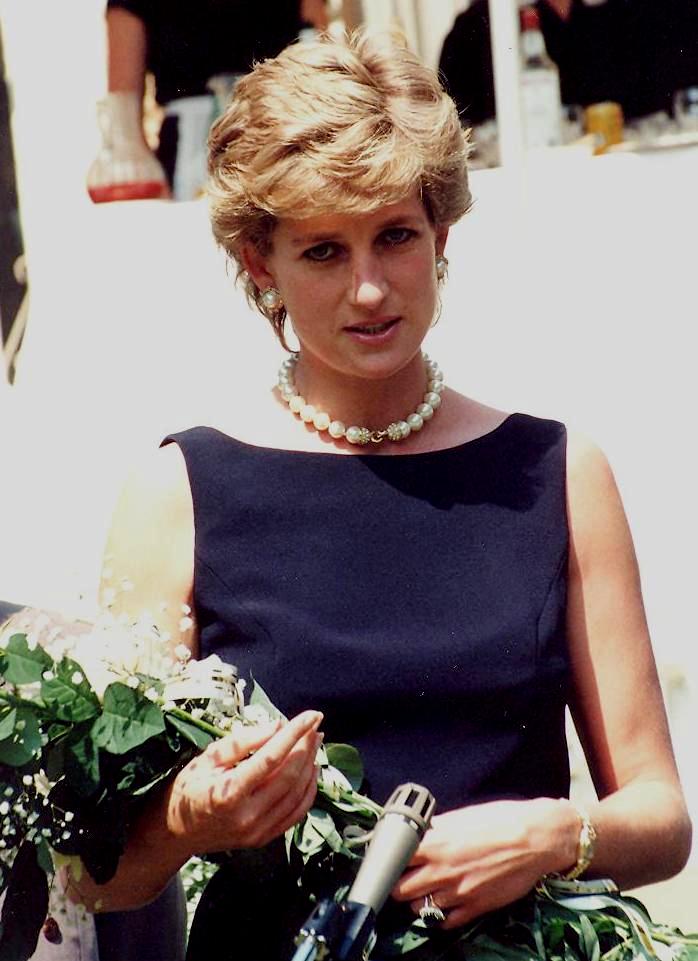 Today, on what would be Princess Diana’s 54th birthday, I’m warmed by memories of the beautiful, kind hearted princess. As a food blogger with a keen interest in history, I like to honor the memory of people I admire through food. I want to briefly talk about Diana and her personal chef, Darren McGrady. Having cooked for the royal family for 15 years, Chef McGrady was close to Diana and her kin. Recently he revealed a cute story to the Daily Mail in which the princes William and Harry attempted to forge a note from their nanny asking him to make them pizza. Unfortunately their childlike handwriting gave them away immediately and they were served roast chicken instead.

After overcoming an eating disorder, Diana looked to Chef McGrady for ways to stay healthy. For the most part she stuck to a fat free diet, lots of stuffed vegetables like eggplant and peppers, and healthier versions of traditional British fare. She preferred poached chicken and baked potatoes to heavier roasted chicken and oil-roasted potatoes. McGrady also revealed an incident in which he cooked lunch for Diana and Oprah Winfrey. After tasting his tomato mousse, Oprah inquired as to how Diana could possibly stay so slim while eating such rich food. Little did she know, McGrady had made a special, fat-free version just for Diana, who chalked her health up to small portions and exercise. I’m willing to bet that both versions tasted fantastic.

This recipe from Chef McGrady was one of Diana’s favorites, a rare indulgence in her otherwise healthy diet. It’s something of a cross between crème brûlée and traditional bread pudding, topped with raisins, slivered almonds and a dusting of powdered sugar. It’s a lovely concoction fit for a princess.

If you’re interested in hearing more on Chef McGrady’s time with the late princess and her family, I suggest taking a look at his book Eating Royally: Recipes and Remembrances from a Palace Kitchen. 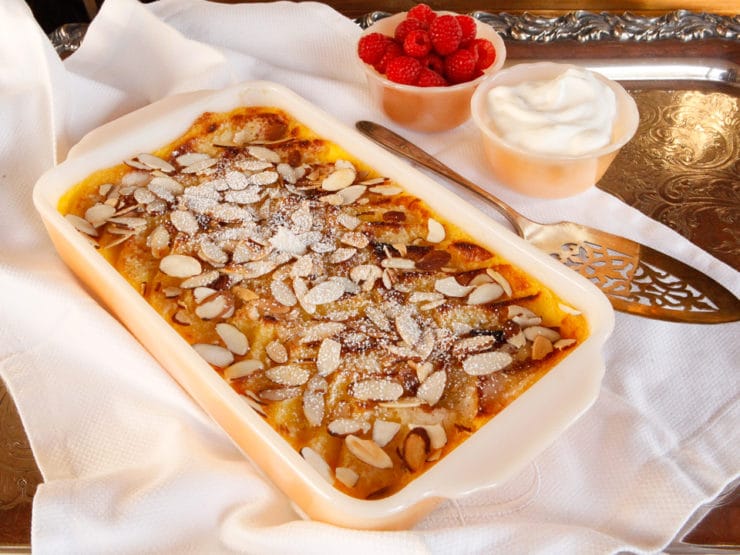 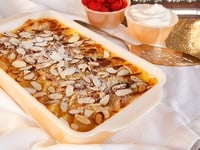 Celebrate Princess Diana with her favorite treat, a cross between bread pudding and creme brûlée. A decadent dessert fit for a princess!

Nutrition Facts
Princess Diana’s Favorite Bread and Butter Pudding
Amount Per Serving
Calories 629 Calories from Fat 360
% Daily Value*
Fat 40g62%
Saturated Fat 20g125%
Cholesterol 301mg100%
Sodium 222mg10%
Potassium 276mg8%
Carbohydrates 56g19%
Fiber 2g8%
Sugar 33g37%
Protein 10g20%
Vitamin A 1320IU26%
Vitamin C 0.6mg1%
Calcium 210mg21%
Iron 2.4mg13%
* Percent Daily Values are based on a 2000 calorie diet.
Nutritional information should be considered an estimate only; please consult a registered dietician, nutritionist, or your physician for specific health-related questions. Read more here. Please note that the recipe above is published using a recipe card plugin, with preexisting software which can auto-calculate metric measurements, as well as change the number of servings. Metric conversions and changes to the number of servings (resulting in different ingredient amounts) will only appear in the ingredient list, and are not changed within the step-by-step directions of the recipe. 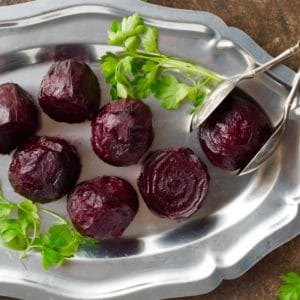 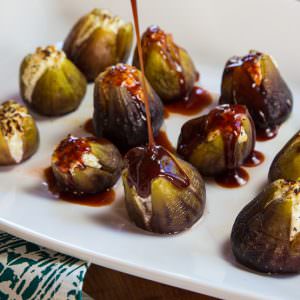