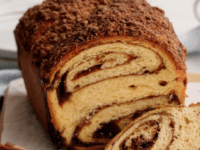 Learn to bake tender, delicious homemade Cinnamon Babka with this illustrated step-by-step tutorial. This recipe is tested, reviewed, and ready for your kitchen! Even if you’re not a born baker, you can make a crave-worthy babka by following the steps in this post. 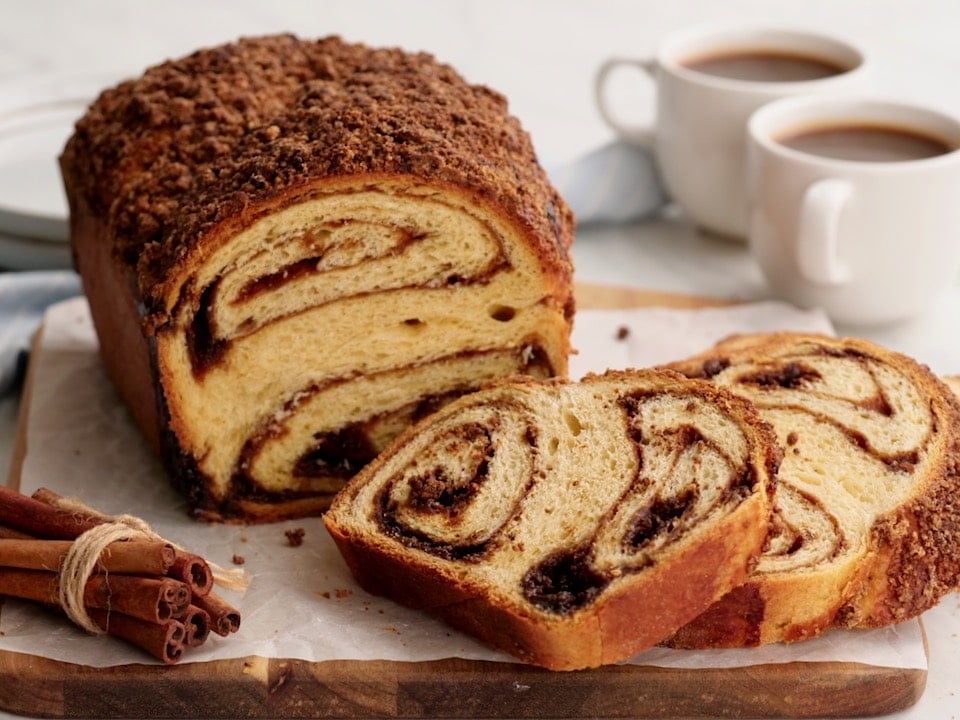 While Chocolate Babka might be more familiar to most people, Cinnamon Babka is an equally tasty treat. To create this Cinnamon Babka, I stuck with the same dough as my Chocolate Babka (why mess with success?) and added a cinnamon brown sugar filling with a streusel topping. I know chocolate is often the go-to babka, but I may like this cinnamon version even more. After all, Jerry Seinfeld himself said “cinnamon takes a backseat to no babka” and who am I to argue?

Babka is similar in texture to challah, but slightly more cake-like. Yeast-risen dough is the basis for this Eastern European sweet bread. The name comes from the Slavic babcia, which is closely related to the Yiddish bubbe – both meaning grandmother. The word babka translates to “grandmother’s cake,” inspired by the shape of an old woman’s skirt. Grandmothers typically baked babka in fluted skirt-shaped baking pans.

Jewish babka first appeared during the early 1800s. Polish housewives prepared extra egg challah dough to be filled with cinnamon or jam, which was rolled up and baked alongside the Shabbat challah. It was served to hungry children during busy Shabbat preparations or reserved as a special treat. Streusel toppings came along during the mid 1900s.

Recipe Update: Back in 2015 I launched this Cinnamon Babka recipe, as well as my method for making Chocolate Babka. Since then many readers have tested both babkas with great results. Throughout the years I have adjusted a few steps to help make this Cinnamon Babka recipe even better. I have incorporated those adjustments in this updated post, along with a few tips and lovely photos from my friend Kelly Jaggers. Enjoy! 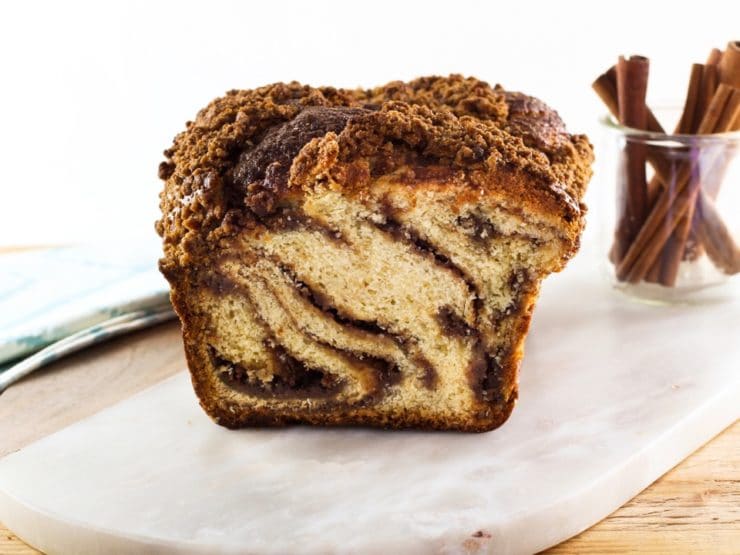 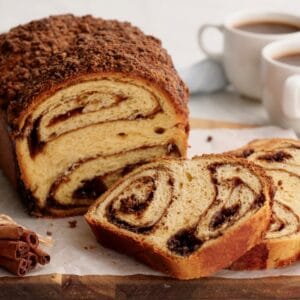 Nutrition Facts
Cinnamon Babka
Amount Per Serving
Calories 355 Calories from Fat 99
% Daily Value*
Fat 11g17%
Saturated Fat 6g38%
Cholesterol 89mg30%
Sodium 360mg16%
Potassium 102mg3%
Carbohydrates 57g19%
Fiber 1g4%
Sugar 26g29%
Protein 6g12%
Vitamin A 375IU8%
Calcium 55mg6%
Iron 2.2mg12%
* Percent Daily Values are based on a 2000 calorie diet.
Tried this recipe?Let Us Know How It Was In The Comments.
5 from 43 votes
Nutritional information should be considered an estimate only; please consult a registered dietician, nutritionist, or your physician for specific health-related questions. Read more here. Please note that the recipe above is published using a recipe card plugin, with preexisting software which can auto-calculate metric measurements, as well as change the number of servings. Metric conversions and changes to the number of servings (resulting in different ingredient amounts) will only appear in the ingredient list, and are not changed within the step-by-step directions of the recipe.