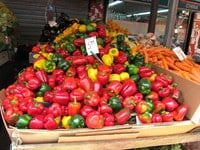 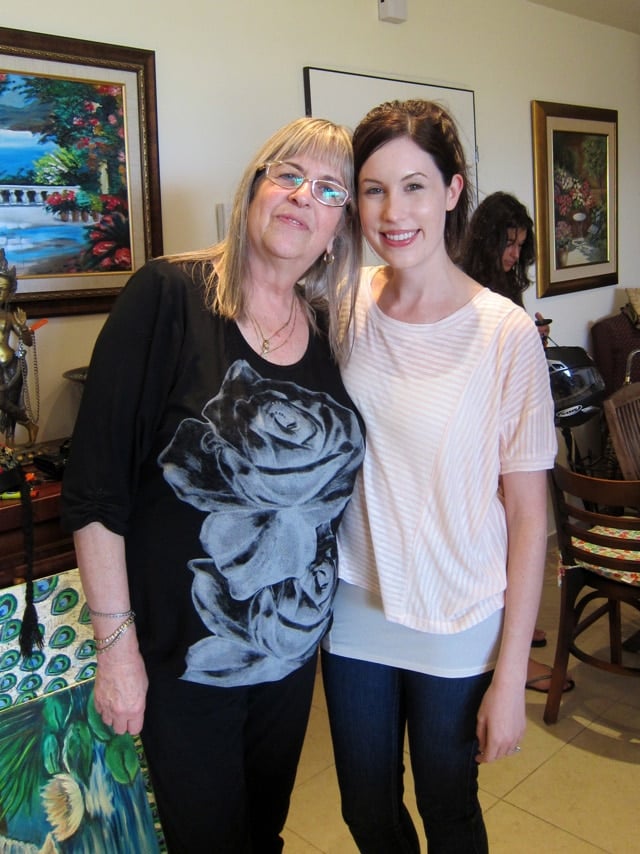 Bella and me in Tel Aviv, Israel

When I was in Israel, we had our second Passover meal at the home of a family friend named Bella Badner. Bella and her sister are both wonderful cooks who make all the traditional Ashkenazi foods… brisket, chopped liver, and gefilte fish that melts in your mouth. Of course, I couldn’t help making a total glutton of myself. The food was irresistible (and I plan to blog about it as soon as Bella sends me some of her amazing recipes!).  🙂

Bella’s family reads my blog, so they know that I cook lots of yummy, caloric dishes. As I helped myself to a second serving of brisket, Bella asked me how I stay so trim and healthy with all of the rich foods I cook for the website. I explained to her that most of the time, I eat Mediterranean and Sephardic-style cooking. It’s a healthy way to live, and it allows me to indulge every so often on heavier dishes without packing on the pounds.

When we returned to Los Angeles, we were greeted by the warm and lovely weather that comes as winter turns to spring. I realized it’s the perfect time to begin exploring some of those healthier Sephardic and Mediterranean dishes as we lighten up our diet for the spring and summer seasons.

In recent years, the Mediterranean lifestyle has been recognized as a great way to increase opens in a new windowheart health and longevity. It’s even been shown to reduce the risk of diseases like opens in a new windowcancer, opens in a new windowdiabetes, and opens in a new windowAlzheimer’s. The biggest difference between a Mediterranean diet and an American diet is the increased emphasis on fresh, natural, unprocessed foods. opens in a new windowOldways Preservation and Exchange Trust, a nonprofit organization dedicated to inspiring healthy eating, has developed a helpful food pyramid that reflects a Mediterranean approach to eating. I’ve pasted the pyramid below. As you can see, fruits, veggies, legumes, olive oil, herbs and spices are the big players in this diet, with fish being a close second as a protein source. Dairy and poultry can each be enjoyed a few times per week. Red meat and sugar are eaten sparingly. Red wine is enjoyed in moderation. 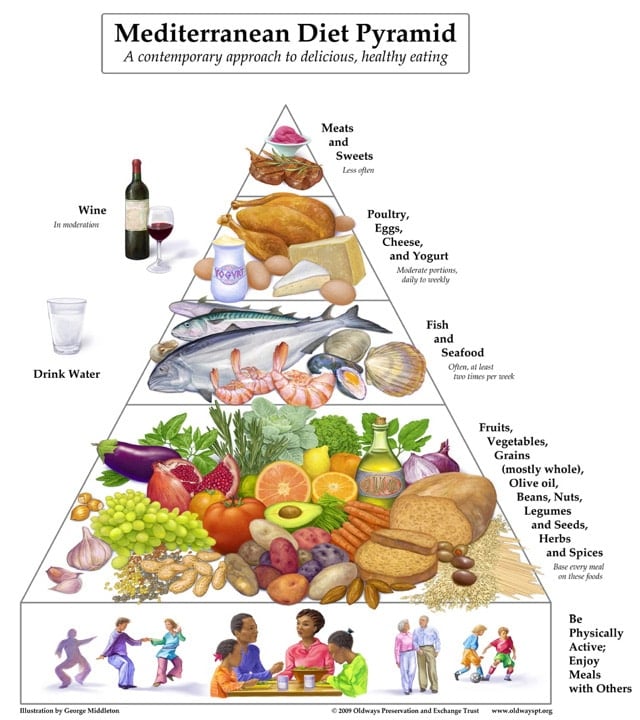 I’ve been eating a Mediterranean-style diet for years. When I was a child my family didn’t consume much red meat at all, preferring chicken and fish as our main protein sources. We were inspired by my grandma, who completely changed my grandpa’s diet when he had a quadruple bypass surgery at the age of 75. After the surgery, his doctor told my family that his life expectancy was greatly reduced, and that he’d probably only live about 5 more years (it was a very invasive surgery back then). My grandma switched him to a strict Mediterranean diet, cutting out all red meat and making most of their meals vegetarian. She even served a glass of red wine at dinner each night. Grandpa lived to be 93 thanks to her efforts in the kitchen, far outlasting the doctor’s original grim prediction.

As I grew older I cut out meat altogether and became a vegetarian for several years. Towards the end of college I began eating fish again, then I slowly reintroduced poultry and meat. However to this day I eat very little meat, preferring vegetarian and fish entrees to heavier meat dishes. The majority of my diet consists of vegetables, legumes, rice, fruits, and whole grains. It’s a great way to live… I have lots of energy, my weight is under control, my skin is clear, and most importantly I feel satisfied. I don’t need to overdo the exercise– I walk 4 or 5 times per week, but nothing too strenuous. And the best part is, I can enjoy those rich and wonderful Ashkenazi Jewish dishes on occasion without feeling guilty! (Bagels, lox and cream cheese, anyone??) 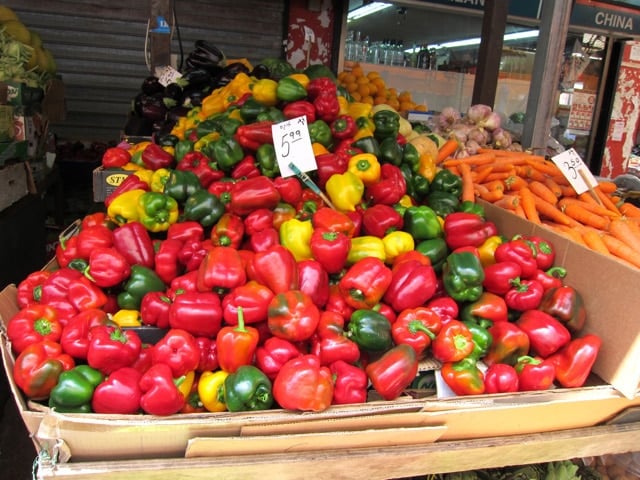 One of the reasons I fell in love with Jewish food was the healthier Sephardic Jewish cuisine, which fit in perfectly with my Mediterranean lifestyle. Sephardic Jews originally lived in Spain and Portugal. After being expelled from Spain in the 15th century, the Sephardim settled in warmer areas of the Mediterranean– countries like Greece, Turkey and Morocco (for the historians among us, I use the term Sephardim in a broad sense to include both Sephardic and Mizrahi Jews). Because of the sunny Mediterranean climate, they had access to fresh vegetables, fish, fruits, spices and olive oil. The Sephardic diet became a kosher extension of the Mediterranean diet, combined with culinary influences from Spain, Portugal, and Arab countries. In the new areas where they settled, the Sephardim adapted Mediterranean dishes to suit the kosher laws, which meant separating dairy from meat and using only kosher meat (no pork, shellfish, or other treif). They utilized the regional crops and natural resources to create seasonal, colorful dishes. This resulted in a bevy of healthy, creative and flavorful foods that are still enjoyed today.

Over the past year and a half, I’ve featured several healthy Sephardic- and Mediterranean-style recipes on my blog. I’ve listed a few of my favorites below– you can search for more by clicking on the Recipe Index at the top of the page. If you’re interested in adopting a Mediterranean lifestyle, give some of these recipes a try. I’ll be posting more light and healthy options over the next few months as summer approaches. Enjoy! 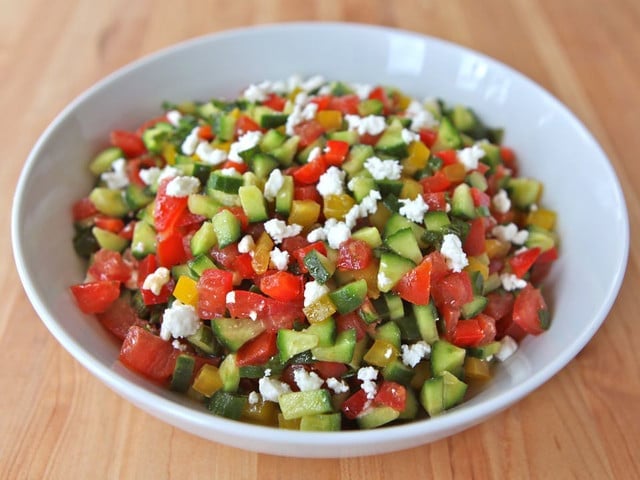 opens in a new windowIsraeli Salad with Feta 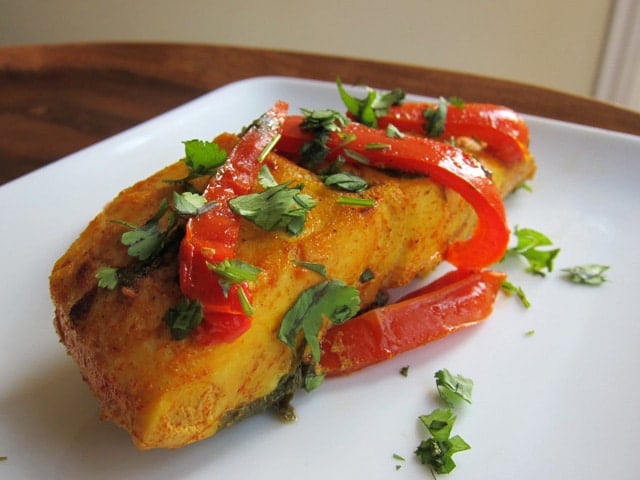 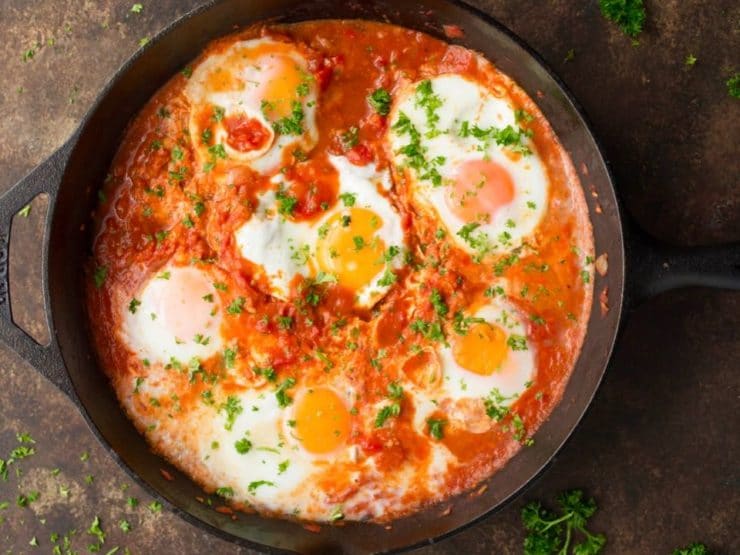 opens in a new windowShakshuka 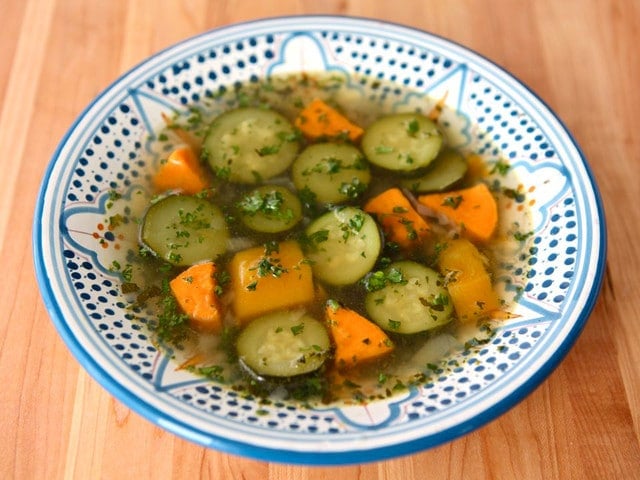 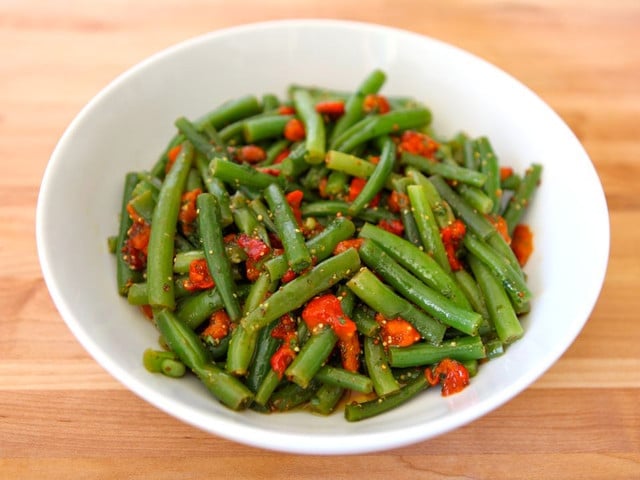 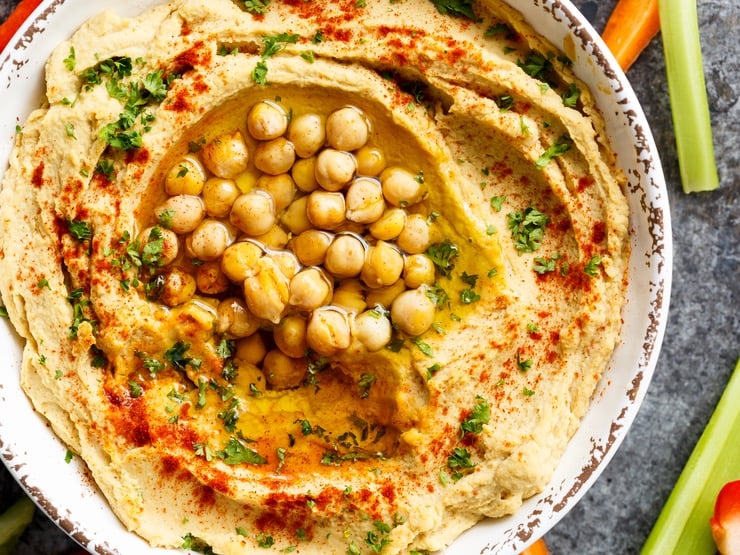 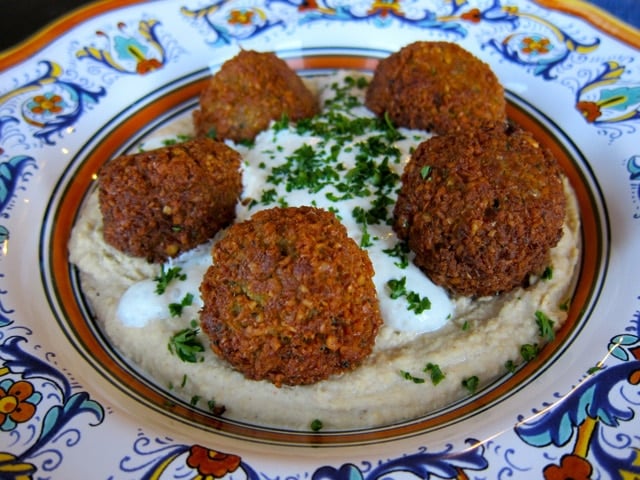 opens in a new windowFalafel 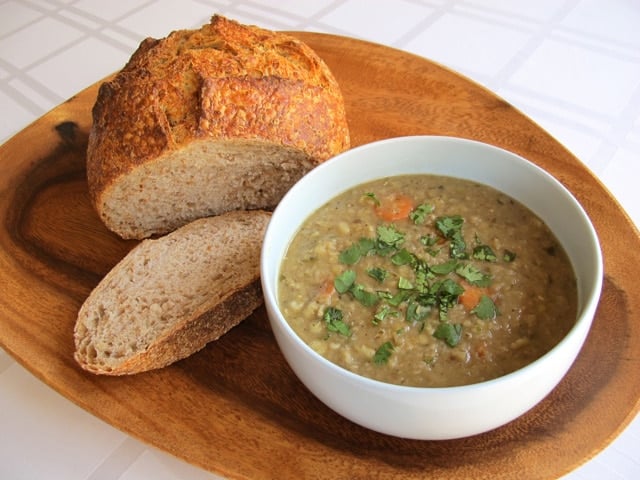 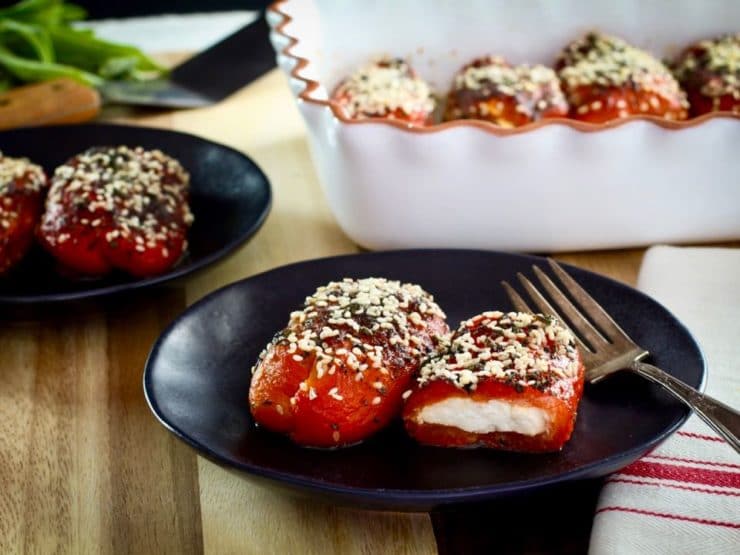 opens in a new windowStuffed Peppers with Goat Cheese 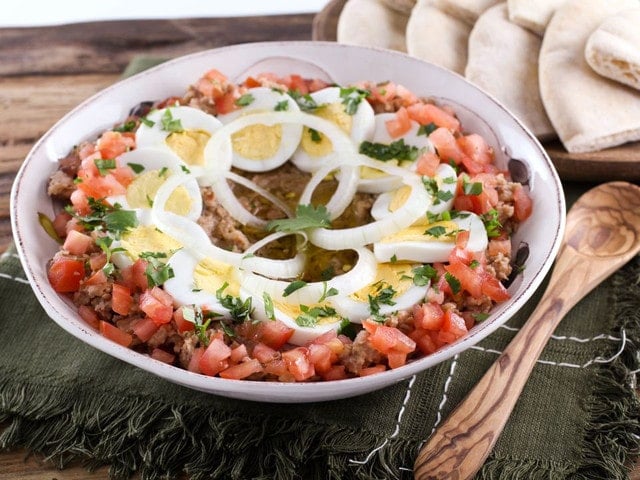 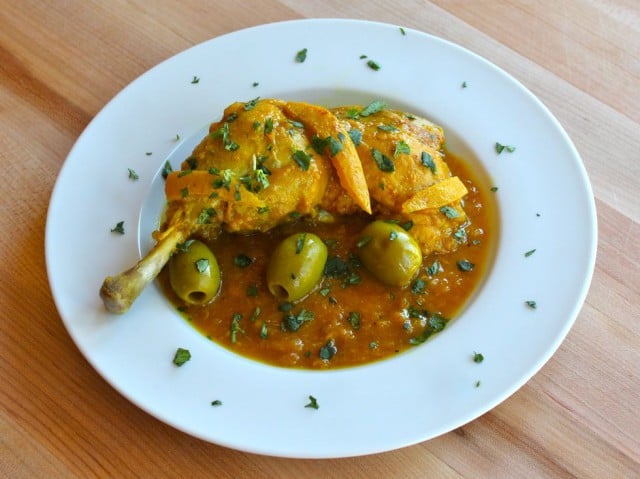 opens in a new windowMoroccan Lemon Chicken with Olives 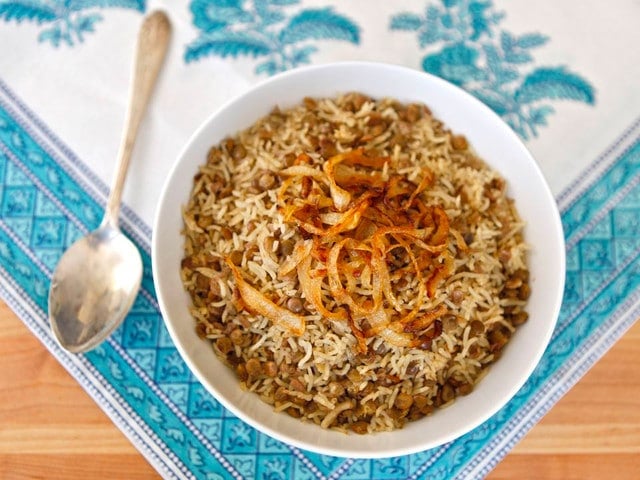 opens in a new windowMujadara